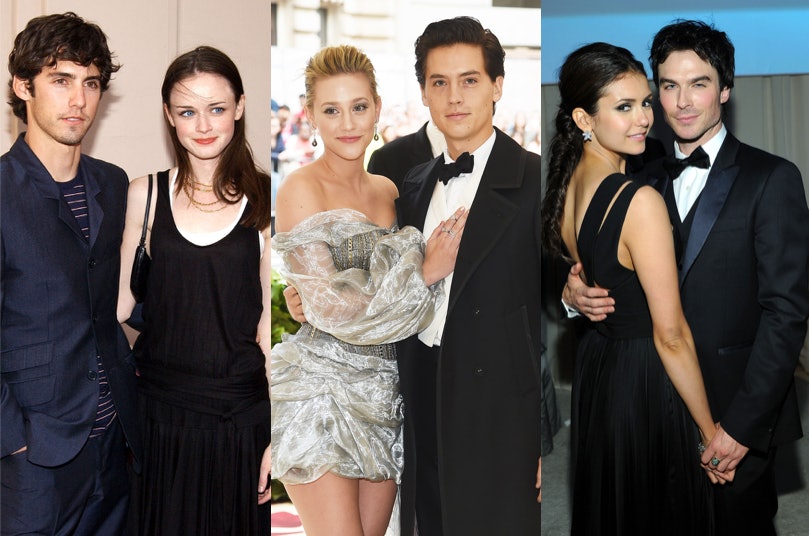 When a celebrity couple breaks up, it’s obviously big news. Fans want to know who dumped whom, what happened to cause the split, and how the newly single stars are coping. When those celebs also happen to be co-stars on the same popular TV show, those questions only intensify. Right now, for example, all eyes are on Riverdale‘s Cole Sprouse and Lili Reinhart, whose reported breakup made headlines on July 22. While the CW stars are the talk of the town right now, they by far are not the first TV co-stars who dated in real life, and they definitely won’t be the last.

Co-star relationships can be a wonderful thing. For one, they often drum up a ton of buzz for a show, because people want to tune in and see what a couple’s chemistry is like on-screen. And in those cases in which the couple actually lasts, it can be totally magical. Just look at Kit Harrington and Rose Leslie, who met on the set of Game of Thrones playing their respective roles of Jon Snow and Ygritte, and are now married IRL.

Of course, not all relationships last forever. In commemoration of those who did not make it, here are 20 couples that were both co-stars on TV and lovers off-screen. While they may no longer be together IRL, their time spent together lives on in TV history.