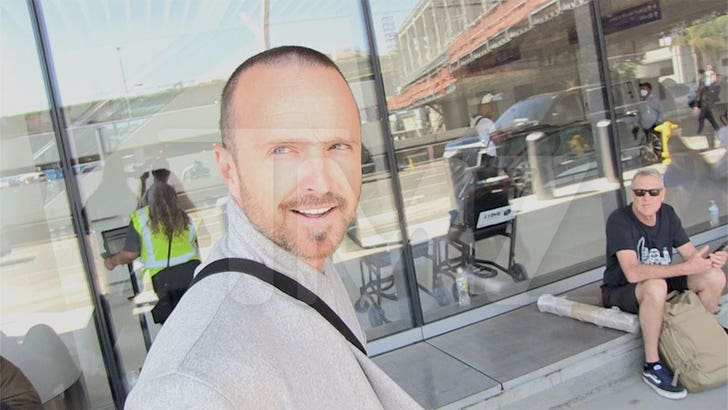 Aaron Paul and Bryan Cranston seem to have an unbreakable bond … so much so, Aaron says choosing his newborn kid’s godfather was a no-brainer.

We caught up with Aaron Wednesday at LAX and asked about him naming his best friend and “Breaking Bad” costar godfather to his newest addition, baby Ryden.

Aaron says Bryan’s a beautiful man who’s more than deserving of the title he and his wife bestowed on Cranston.

As far as what it takes to be a godfather, Aaron tells us Bryan’s gonna be on diaper duty … and don’t get him started on burping little Ryden.

Of course, it’s no surprise … Bryan and Aaron are partners in crime on and off-screen … nice to see the longtime friends grow tighter through each milestone.

In case you didn’t know, Aaron and his wife, Lauren Paul, tied the knot back in 2013. They became first-time parents in 2018, when they gave birth to their daughter, Story Annabelle Paul.

They welcomed their second child and only son, Ryden Caspian Paul, this month … and we already know he, too, will be in really good hands.