She welcomed her longed-for fourth child  – son Jack- on June 3.

And Abbey Clancy showed she had bounced back from her pregnancy six weeks on as she unveiled her stunning post-baby body on Instagram on Thursday.

The model, 33, oozed confidence as she slipped into a tiny tan two-piece, which put her honed abs and lithe legs on display as she sat in a golf cart. 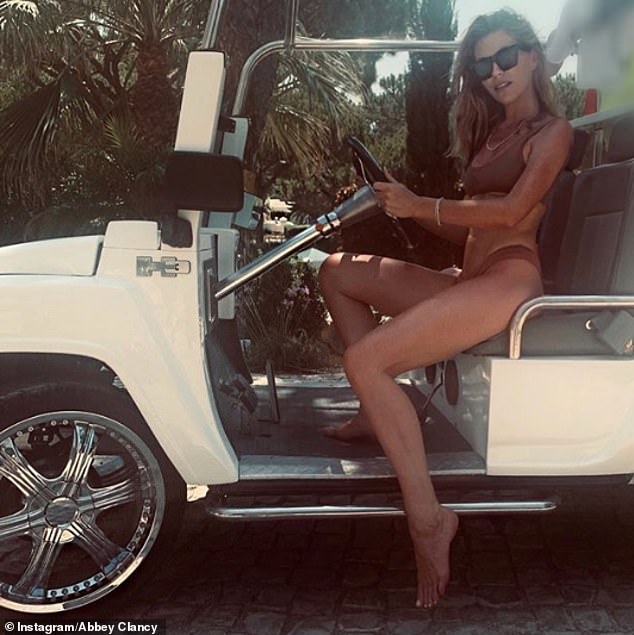 The tiny top teased a glimpse of the Britain’s Next Top Model star’s cleavage while drawing the eye to her slender midriff.

A pair of high-waisted bottoms showcased the beauty’s tanned and endless legs as she sat in the driving seat in the snap captioned ‘ride or die.’

Her caramel tresses were styled in loose waves while the star shielded her eyes from the sun with a pair of leopard print shades.

The sultry snap comes little more than a month after Abbey and husband Peter Crouch, 38, announced the safe arrival of their second son with the sportsman sending fans into a spin by joking about his choice of name. 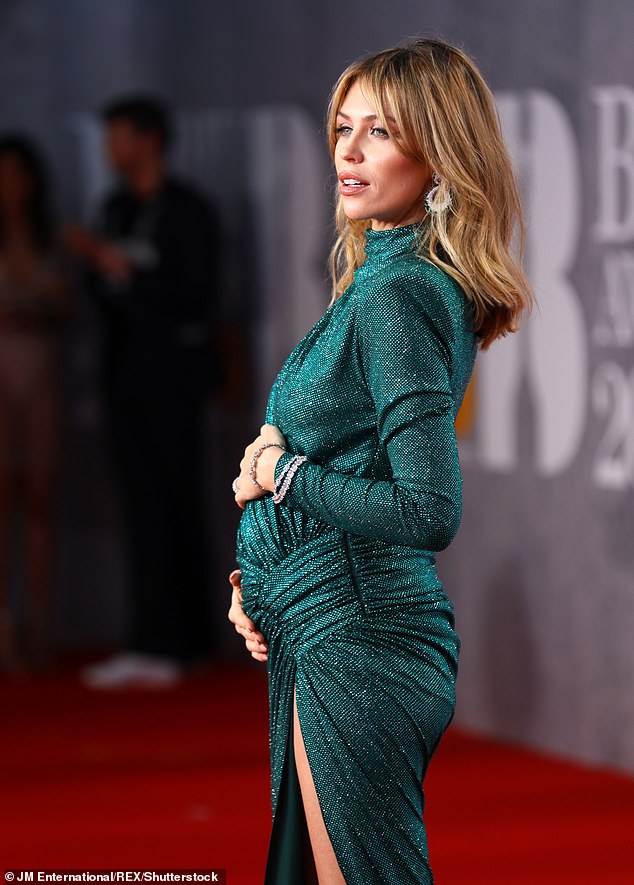 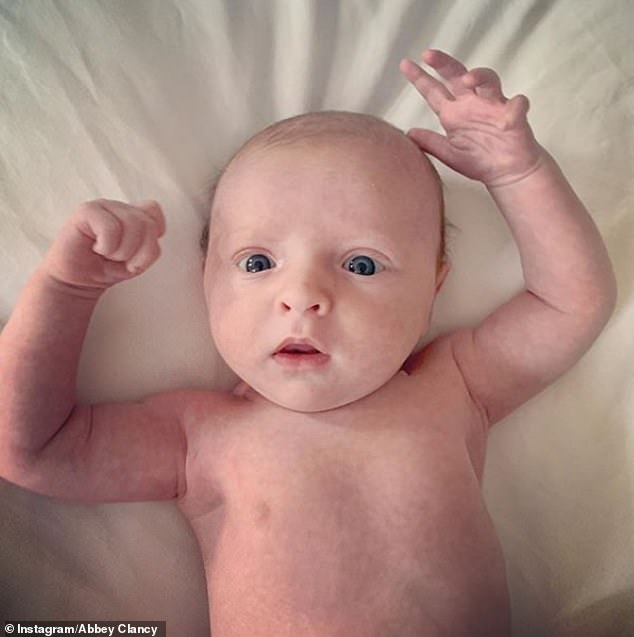 Here he is: The sultry snap comes little more than a month after Abbey and husband Peter Crouch, 38, announced the safe arrival of their second son 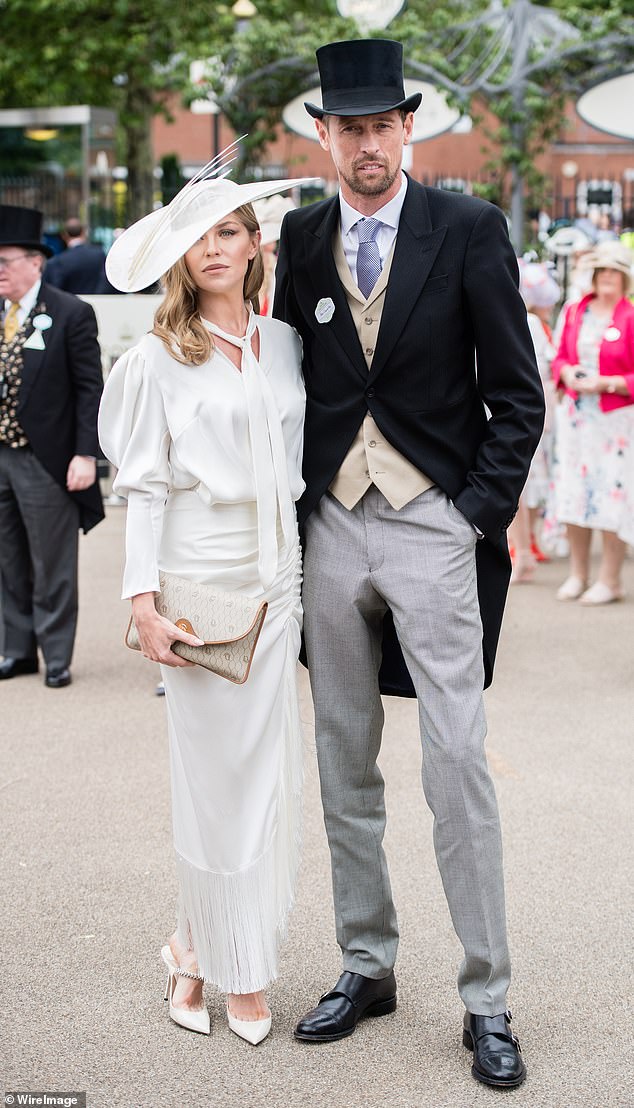 Peter later added: ‘Our boy is beautiful the name is still to be clarified unfortunately Abs not going for Divock Samrat.’

Peter previously admitted the ‘joke name’ for their fourth child has ‘stuck a bit,’ and revealed his wife encouraged him to tweet the gag.

The athlete hinted that they may in fact keep the unusual moniker as a nickname because whatever name they decide on for their son won’t ‘live up to Divock Samrat’.

Speaking on the latest episode of That Peter Crouch Podcast, he said: ‘He might get bullied if his name is Divock. I had to actually come out and say his name isn’t actually Divock Samrat – that was a gag. 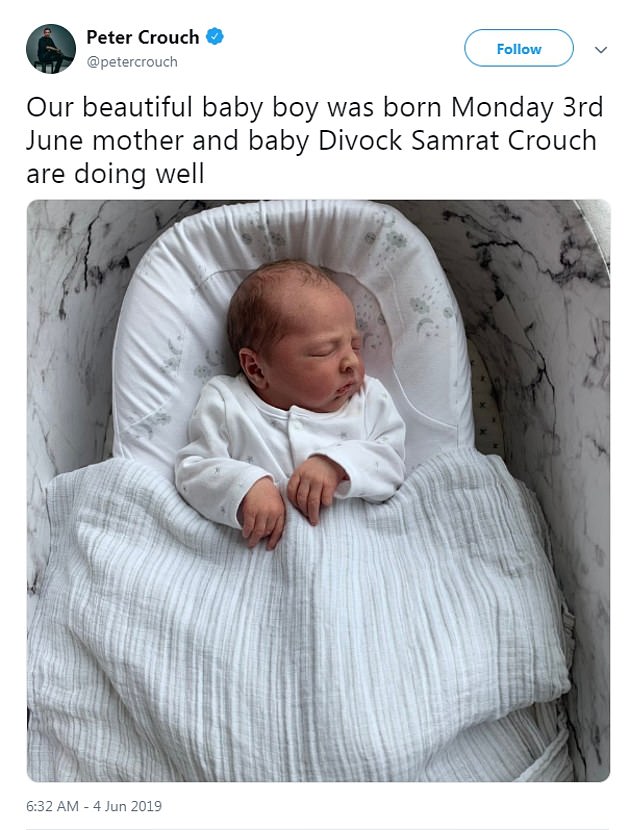 Beautiful: Peter caused a stir by joking Jack had been named after a Liverpool FC player and a CURRY house

‘To me Divrock was a lovely name. Abs said to me, “You’ve got to tweet it, it’s brilliant”.

‘We were looking at him the other day, he’s so beautiful and innocent and Divock seemed like a good name for it.

‘I feel like its sort of stuck a bit. Whatever we go for now is not going to live up to Divock Samrat.’

After joking the nickname had ‘stuck’ a little over the weeks, the sportsman finally shared the update on the latest addition to the Crouch family in his column for the Daily Mail.

Peter wrote: ‘We have just welcomed our fourth child, Jack, into the family and the wonderful chaos that comes with a new baby means it hasn’t really hit me that I haven’t gone back for pre-season training. Life is hectic in a brilliant way.’

The couple are also parents to daughters Sophia, seven and Liberty, four, and son Johnny, 19 months.

Abbey and Peter have been together since 2006 and got married in June 2011, three months after the birth of their first child Sophia. 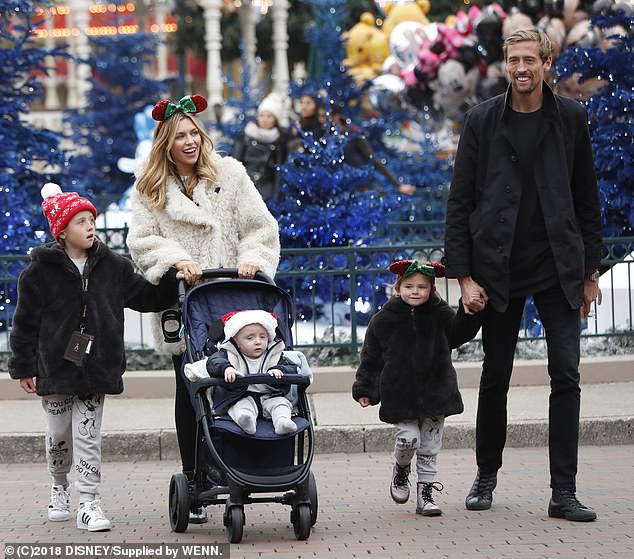