The human rights lawyer, 41, wore an elegant monochrome wrap midi dress which had a large bronze button to secure the skirt.

Amal clutched a coffee as she made her way to the New York college where she is currently a visiting professor. 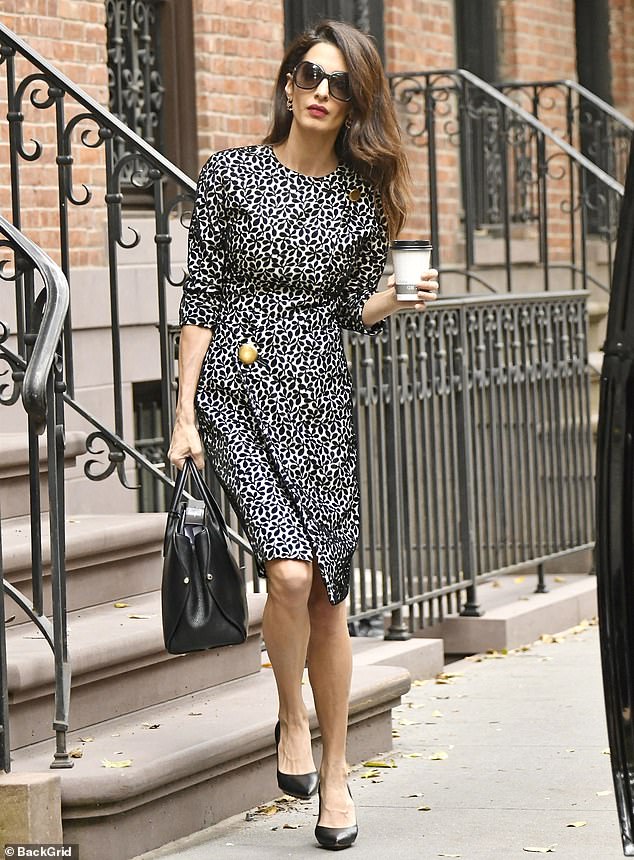 The mother-of-two, who married actor George Clooney in 2014, is a visiting professor of law at Colombia for their fall term.

She teamed her knee-length dress with a pair of black heels and carried a matching black handbag, which offered a glimpse of a black folder that had been placed neatly inside.

Her lightly curled brunette locks fell gently down her shoulders and she wore a large pair of tortoise shell sunglasses.

Amal accessorised her look with gold hoop earrings and finished the ensemble with a slick of pink lipstick. 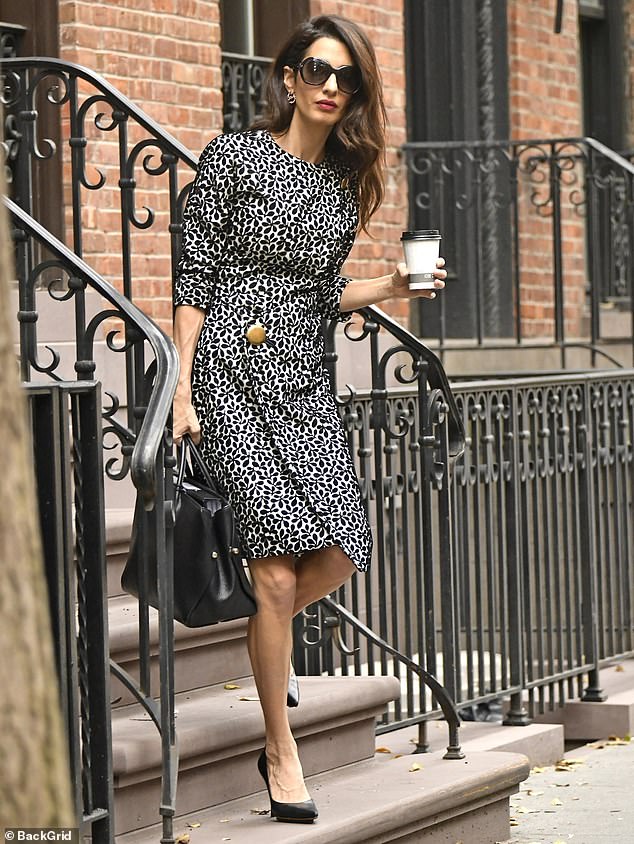 Elegant: The human rights lawyer, 41, wore an elegant monochrome wrap midi dress which had a large bronze button to secure the skirt

The human rights lawyer tied the knot with George in Venice on September 27, 2014, with guests including Emily Blunt, Matt Damon, Cindy Crawford and Anna Wintour.

The couple have since been based in the UK and Amal gave birth to twins, Ella and Alexander, in 2017.

Amal demonstrated her continuing support of her husband at a press conference in London just days before jetting to New York.

The pair have been keeping busy and were pictured on a double date with Cindy Crawford and Rande Gerber at New York’s 4 Charles Prime Rib restaurant, the day before their anniversary celebrations in September.

The gathering was held just hours after Amal addressed high-level representatives from 20 countries to discuss placing fighters on trial in Iraq.

There are an estimated 20,000 ISIS fighters in Iraq – 1,000 of them being foreigners from European and other Western countries.

Amal has been a representative for the Yazidi women, taken captive and forced into sexual slavery by ISIS for many years. 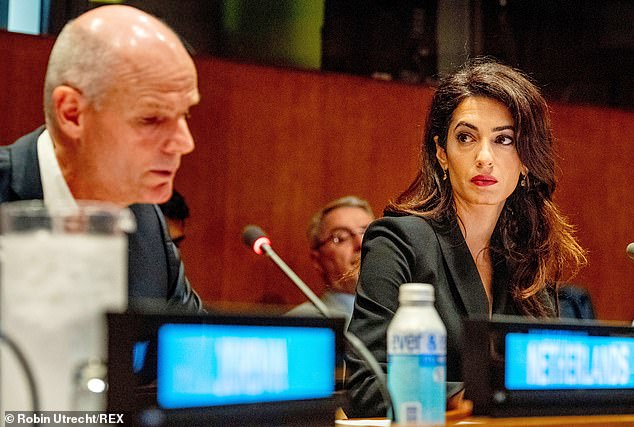