Amanda Holden, 48, shows off her sizzling figure in a hot pink bikini and jokes ‘breathe in’ as she jets away for tropical family holiday

She is the popular Britain’s Got Talent presenter who is known for her enviable figure.

And 48-year-old Amanda Holden showcased her stunning looks as she took to her Instagram on Sunday to treat her 1.3 million followers to a snap of her lounging on a beach in a pink bikini.

The Heart Radio presenter is enjoying a well-earned tropical break after a hectic schedule and a picturesque Christmas with her family, daughters Lexy, 13, and Hollie, seven, along with husband Chris Hughes. 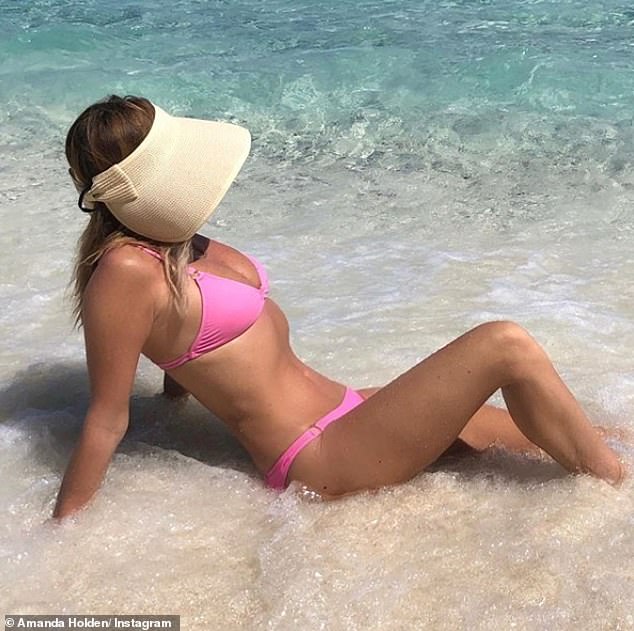 Wow: Amanda Holden showcased her stunning looks as she took to her Instagram on Sunday to treat her 1.3 million followers to a snap of her lounging on a beach in a pink bikini

The star posted her latest sizzling snap on Sunday with the caption: ‘#Handmaid on #holiday #bikini @melissaodabash #breathein.’

The pink two piece is made by designer Melissa Odabash and has been worn previously by the likes of Vogue Williams.

The witty TV personality also quipped about the bonnet she coupled her two piece with, hash tagging ‘Handmaid,’ a reference to The Handmaid’s Tale – an Emmy award-winning show based on the Margaret Atwood novel in which the style of hats feature.

The laid back retreat comes after Amanda showed off her chic sense of style in a sweet family photo posted on Christmas day. 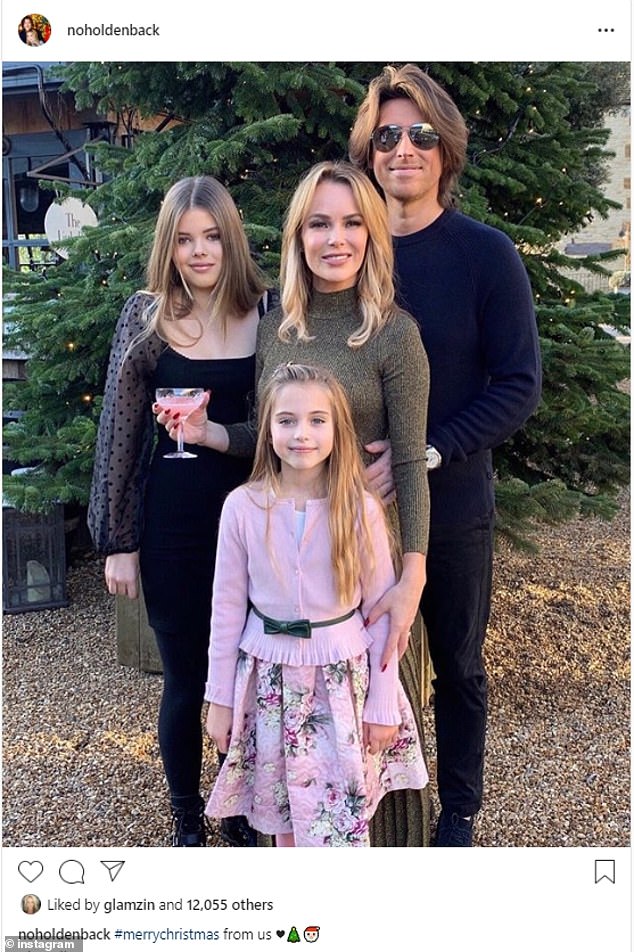 Merry Christmas: Amanda enjoyed a break from her hectic schedule as she spent time with her family in a snap shared on Christmas Day

Lexy, the oldest of the children, looked adorable in a black top, jeans and polka dot cardigan while Hollie brought a splash of colour in a pastel pink cardigan and floral skirt as the family posed in front of a Christmas tree.

Amanda captioned the snap:#merrychristmas from us.’

Amanda has recovered after damaging her leg last month and subsequently relying on a scooter to navigate her way around. 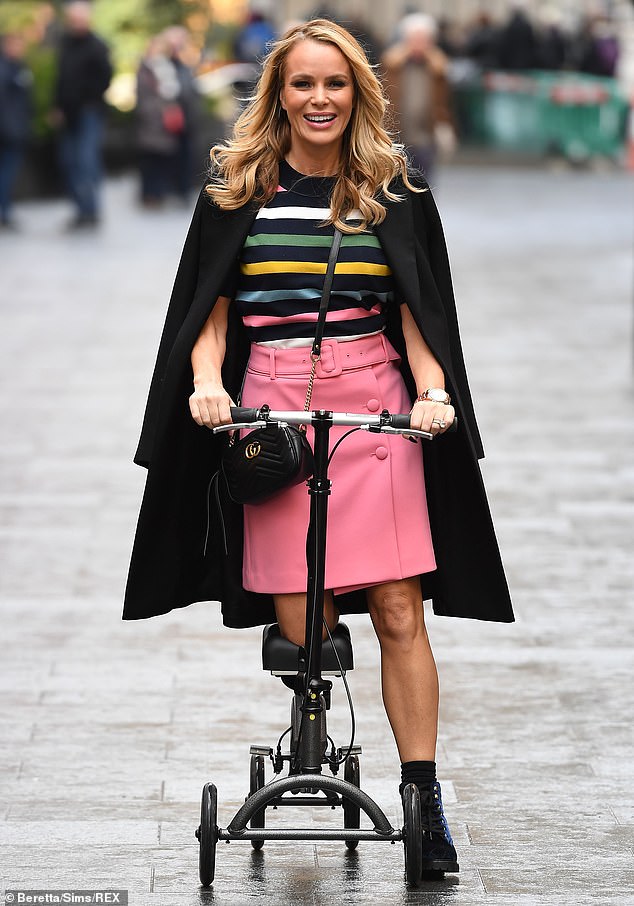 Previously: Amanda has recovered after damaging her leg last month and subsequently relying on a scooter to navigate her way around (pictured in November)

The presenter snapped her fibula in two places when she slipped on a children’s obstacle course in the middle of the sea while holidaying in Cyprus.

Amanda revealed she was ‘showing off’ on a family trip when the accident occurred.

On her return to work, she said: ‘It was like an inflatable assault course, like Wipe Out, my eldest daughter [Alexa, 13] was on a school trip so Hollie was with me and Chris and she was desperate to get on this thing.’

Admitting she had to step in as the more athletic parent on the trip, she added: ‘If you’ve seen my husband’s hair, it’s fabulous, so he didn’t want to get his hair ruined, so he was standing on the side.

‘So I said I won’t read my book, I’ll try and be a good mother. So I ended up going on the assault course and went round and round on my hands and knees like the geriatric I am.’