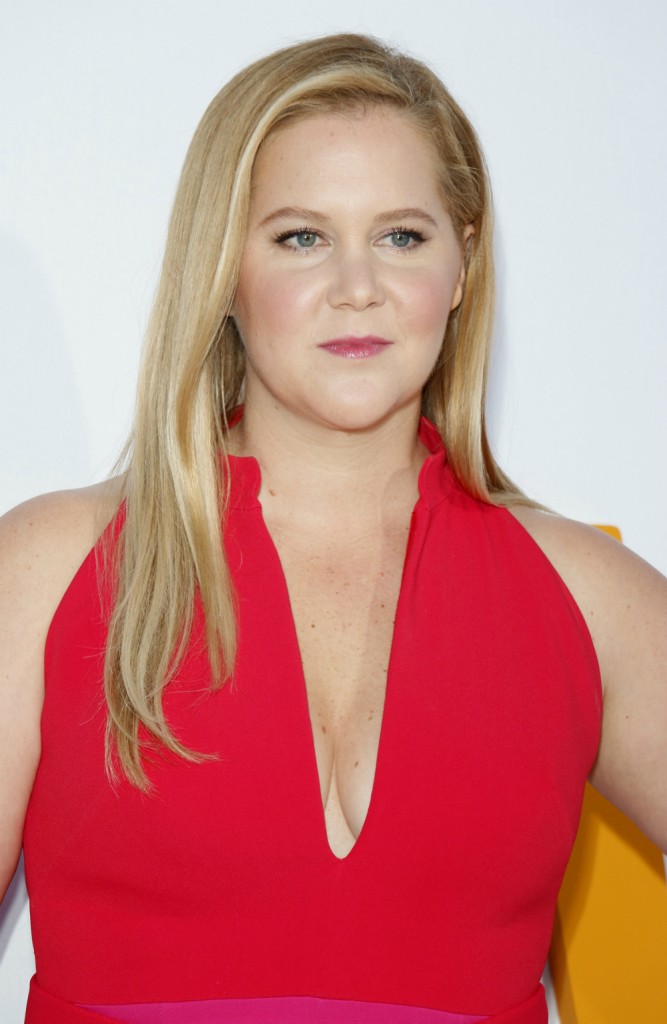 Amy Schumer’s podcast, 3 Girls, 1 Keith, just aired its season finale. I keep forgetting she has a podcast, which is all the more embarrassing because I wrote about it before. A podcast seems like a really good outlet for Amy, both as a comedian and a mom, I’m glad she’s enjoying it. The finale’s episode was called Working on Fitness and, as you can probably guess, centered on workouts and other general wellbeing. Amy’s guests were trainers Harley Pasternak and AJ Fisher, both of whom have trained Amy. During the discussion, Amy argued that AJ was the tougher task sergeant. So tough, in fact, that Amy joked about getting her lawyer involved… and then did!

During the season finale of her 3 Girls, 1 Keith podcast that aired Tuesday, Amy Schumer shared a hilarious story about a time when personal trainer AJ Fisher gave her workouts that were so intense, she got her legal team involved.

Fisher and celebrity trainer Harley Pasternak were the finale’s guests, and have both trained the new mom in the past. The actress seems to prefer one of the trainers over the other, however. As she said, “AJ, our workouts were so hard that I threatened you near constantly.”

Threatened her with legal action, that is! As Fisher quipped back, “Lawsuits, there was an official cease and desist letter.”

While Fisher knew the comedienne’s legal threats were all in good fun, the letter did give her pause.

“Amy told me after several of our sessions, ‘You will be hearing from my lawyer,’” she teased. “Like, without even saying bye. And then, when I finally heard from her lawyer, I opened the letter and I actually got goosebumps. I had a moment of, ‘Was she serious? Is my career totally over?’”

On @3girls1keith this week I mentioned that as a joke I had my lawyer and who I love, draft a cease and desist to my trainer @ajcorectology because i thought the workouts were so hard. I jokingly threatened to do it during our workouts for months. This is it! I love my lawyer and I once, without his permission bought him bench ad space on his route to work. He had a good reaction to it and wasn’t mad and sent this picture. Aj is an amazing trainer and is the reason I feel strong and good and have recovered from my herniated discs and c section. Was this is a wasteful use of resources? Very very much so but it brought me so much joy.

Amy said in her caption to this post, “Was this is a wasteful use of resources? Very very much so but it brought me so much joy.” My gawd, if I had the money, I would keep a lawyer on retainer just to write cease and desist letter to people who didn’t give me my way. My kids would need full on file cabinets to house theirs. My husband would be legally obligated to let me set the temperature in the house – there’s so much potential. I have four lawyers in my family, I think I’ll draft a bunch up and just have them sign them when they come for dinner.

I think this is one of the funniest stories I’ve heard from Amy. She said on both her Instagram post and in the podcast how amazing she thinks AJ is as a trainer, so this really was just for a laugh. Although I’m just as demented as Amy because the fact that it gave AJ a moment’s pause made me laugh as well, but at least I felt bad about laughing at that. Not really bad, but a little.

Apparently, Amy’s attorney is a good sport about her chicanery. Amy said she likes him so much, she once bought bench ad space along his route to work and plastered his face on them. Only she didn’t get his permission first and he just laughed it off. That’s pretty gutsy, considering he’s a licensed attorney. Thanks gawd he’s got Amy’s sick sense of humor. Honestly, all of this just endeared Amy more to me, which is probably not doing anything to put me on the Nice list this Christmas.

3 months after a C playing doubles volleyball for 90 minutes! @ajcorectology thanks I feel so strong! I wanted to recommend a few things! The book #trickmirror by #jiatolentino I love it! I loved the new #tarantino movie #onceuponatimeinhollywood it’s very fun! And I want to recommend being a parent if you can. It’s nuts. 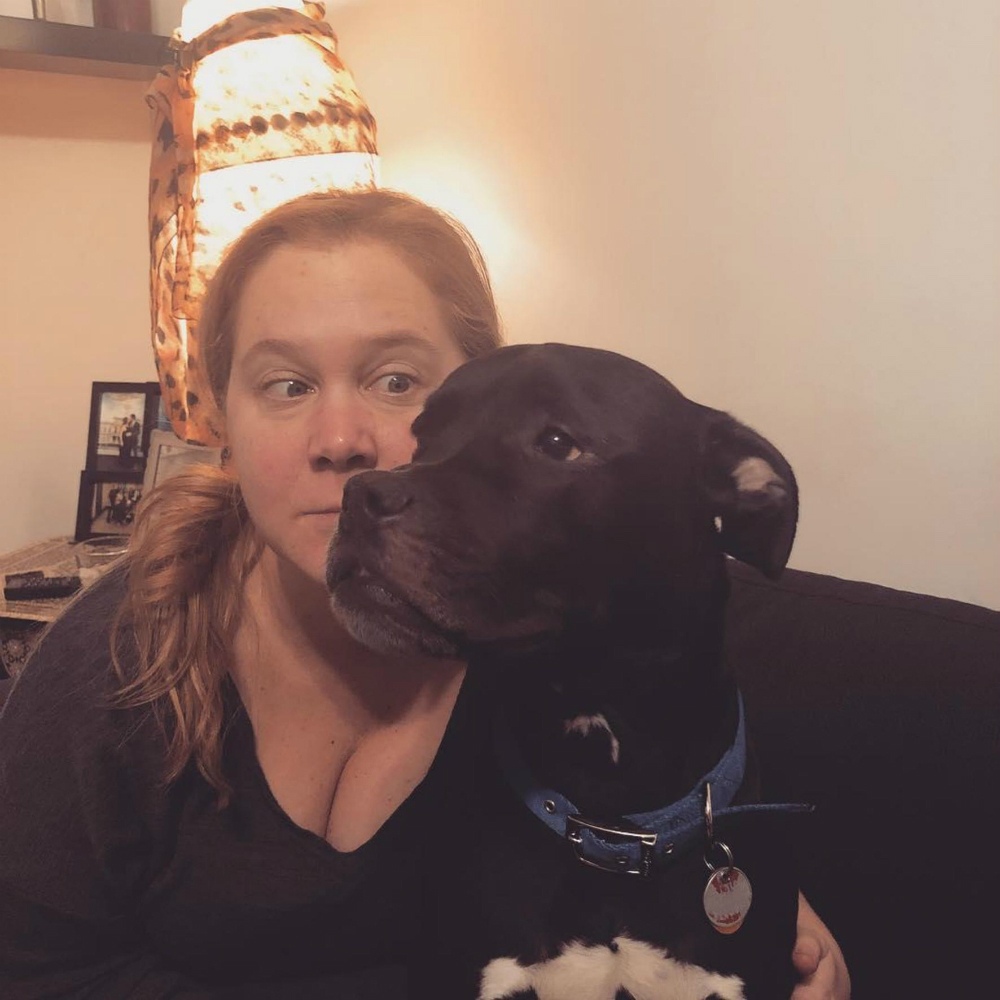