Home » Celebrities » Angelina Jolie Takes Her Kids to a Movie 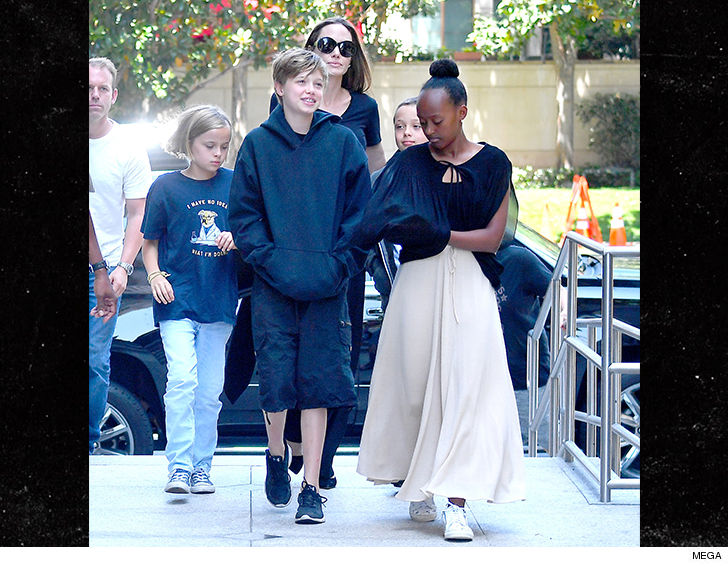 Angelina Jolie‘s out and about with the kiddos again, and this time they’re hitting up the theater.

Ang and 4 of her 6 kids – Zahara, Shiloh, Vivienne, and Knox — were seen in L.A. Saturday heading to see a movie together … flanked by a couple bodyguards.

Not sure what they’re seeing, but they’ve got some good family options with “Hotel Transylvania 3: Summer Vacation,” “Christopher Robin” … or maybe even the hit shark flick “The Meg.” 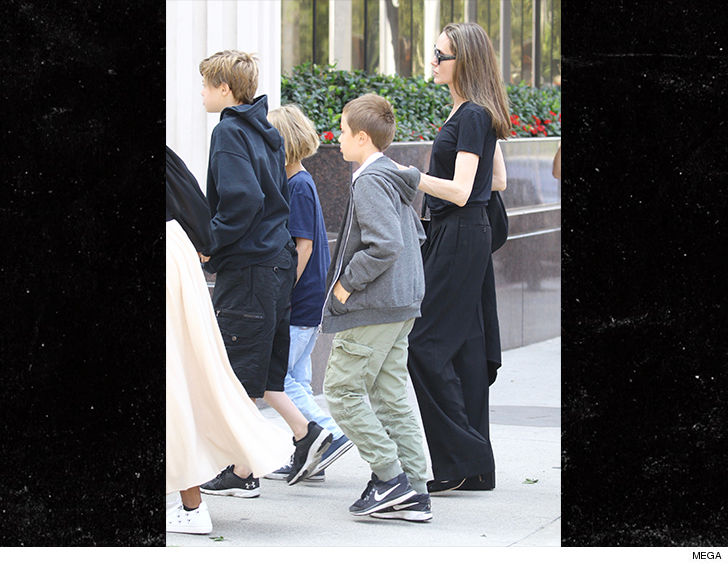 As we reported … Angelina returned to the U.S. with her children last week after being ordered to do so by a judge in her divorce case with Brad Pitt.

As for the divorce … it’s grown increasingly contentious and hostile the past couple months, so much so that Jolie’s lawyer is quitting.

We’ve also been told Brad’s been struggling to maintain a relationship with their 6 kids, with sources claiming she’s not helping any.

Brad gets significant custodial time with the kids, but it looks like today’s Angelina’s day … and she’s making the most of it.