The star offspring, 15, stunned fans during her mum’s Eternals promo trail with a slew of girly gowns, yet she returned to her ‘dude’ look at the premiere of French photographer JR’s new documentary Paper & Glue on Thursday.

Sporting a hoodie and jeans, Shiloh, whose father is Brad Pitt, was clad in her more trademark look following her parents’ regular discussions about her androgynous style – with Angelina saying in 2011: ”She wants to be a boy’.

Shiloh looked trendy in a black hoodie with punched holes in the sleeves – paired with baggy jeans and a pair of Converse All Star trainers.

She wore her hair scraped into a low-maintenance ponytail, in a look that was far departure from her frequent glam all over the world last month.

She appeared to have gone through a style transformation of late including at the Rome, London and LA premiere of Eternals, where she appeared with her siblings.

Appearing with her mum, 46, and sister Zahara, 16, in Rome, Shiloh went for a fun, look, comprising the knee-length black dress, trainers and a pretty updo. 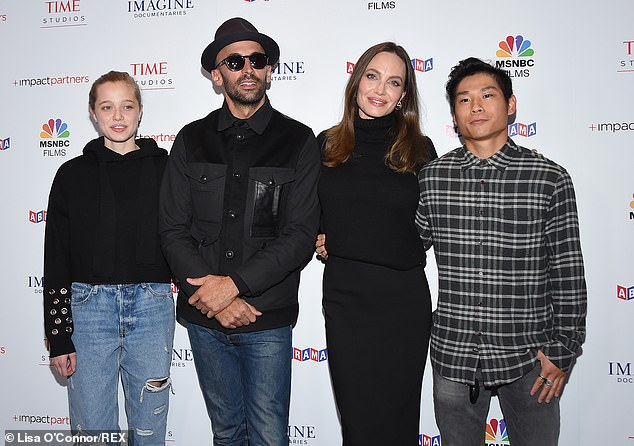 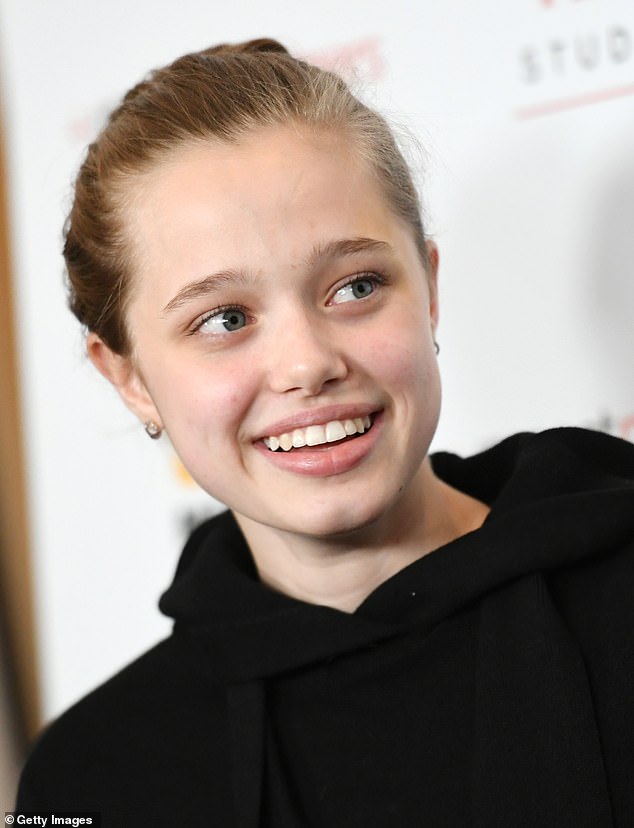 Changes: Shiloh bore more than just a passing resemblance to her mother at the event while Pax was trendy in checks

Stylish: The family looked typically stylish for the outing

She debuted her new style when she joined her mum at the LA premiere, where she sported a pretty cream dress for the event alongside her siblings.

Her style and image over haul comes a year after Brad was said to be ‘so proud of Shiloh and who she had become’ as he celebrated the teenager’s 14th birthday.

A source told Entertainment Tonight: ‘Brad is so proud of Shiloh and who she has become, He loves that she always stays true to herself and is so good to her brothers and sisters.’ 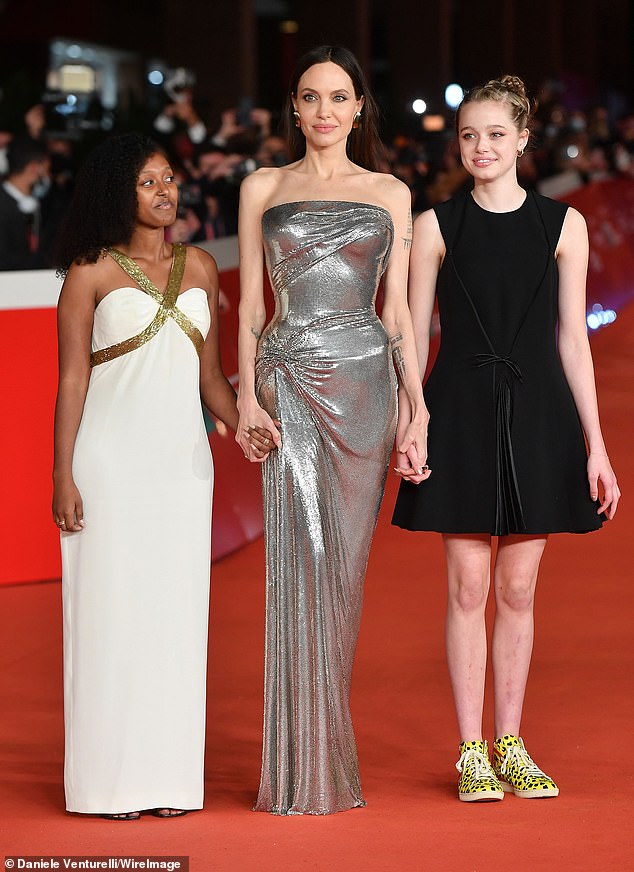 Changes: Last month, Shiloh continued to move away from her ‘dude’ style

Meanwhile, Angelina spoke out about Shiloh’s androgynous dress sense, saying her daughter considered herself to be ‘one of the brothers’.

‘She wants to be a boy,’ she told Vanity Fair in 2011. ‘So we had to cut her hair. She likes to wear boys’ everything. She thinks she’s one of the brothers.’

Apparently coining a new fashion term, she said: ‘Shiloh, we feel, has Montenegro style. She dresses like a little dude. It’s how people dress there. She likes tracksuits, she likes [regular] suits.’ 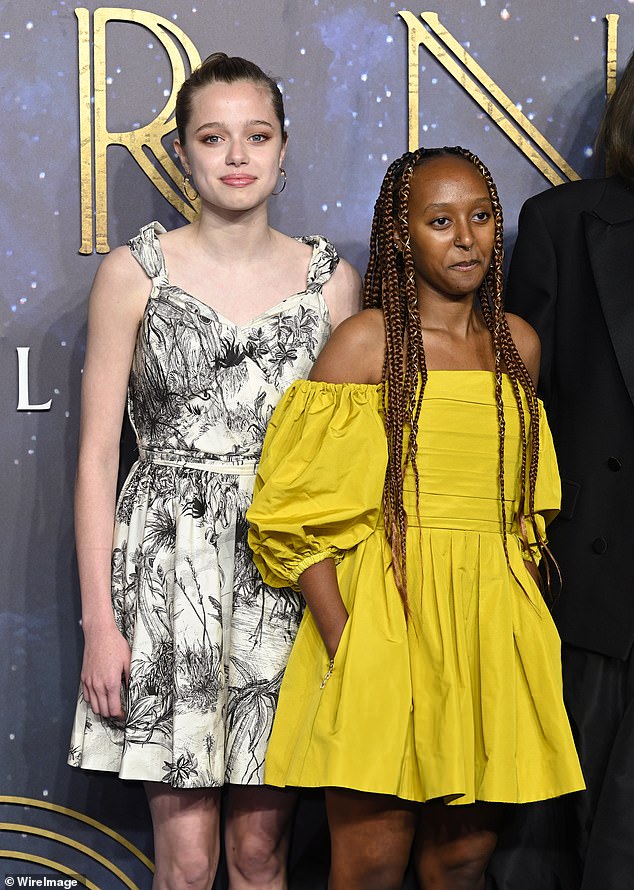 Stylish: In London she wore a trendy dress

Back in 2008 it was revealed that Shiloh had requested she be addressed as John since the age of two.

Brad told Oprah Winfrey: ‘She only wants to be called John. John or Peter. So it’s a Peter Pan thing. So we’ve got to call her John. “Shi, do you want…” “John. I’m John.” And then I’ll say, “John, would you like some orange juice?” And she goes, “No!”

‘So, you know, it’s just that kind of stuff that’s cute to parents and it’s probably really obnoxious to other people.’ 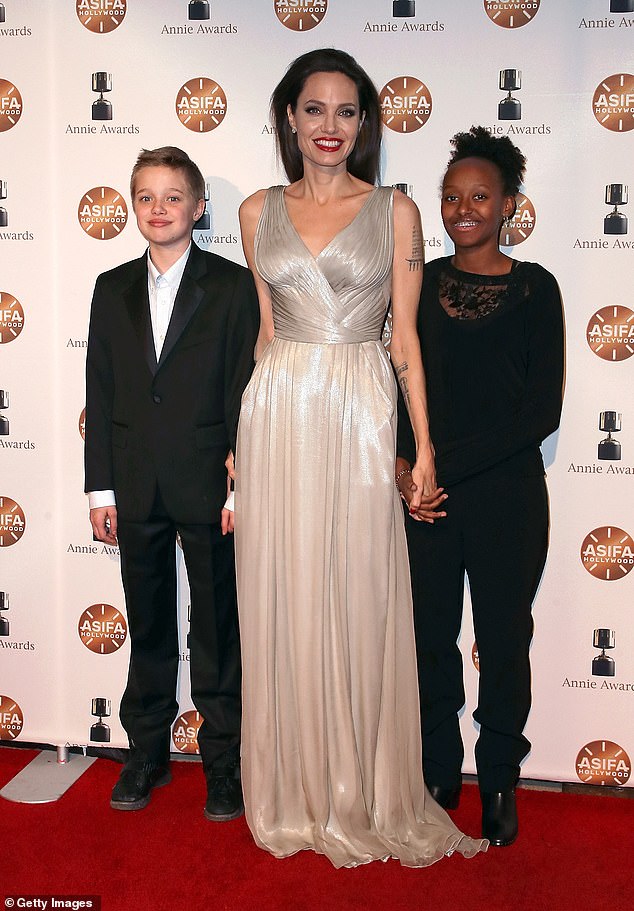 Suited up: At previous events, Shiloh has opted for androgynous looks (pictured in 2018)