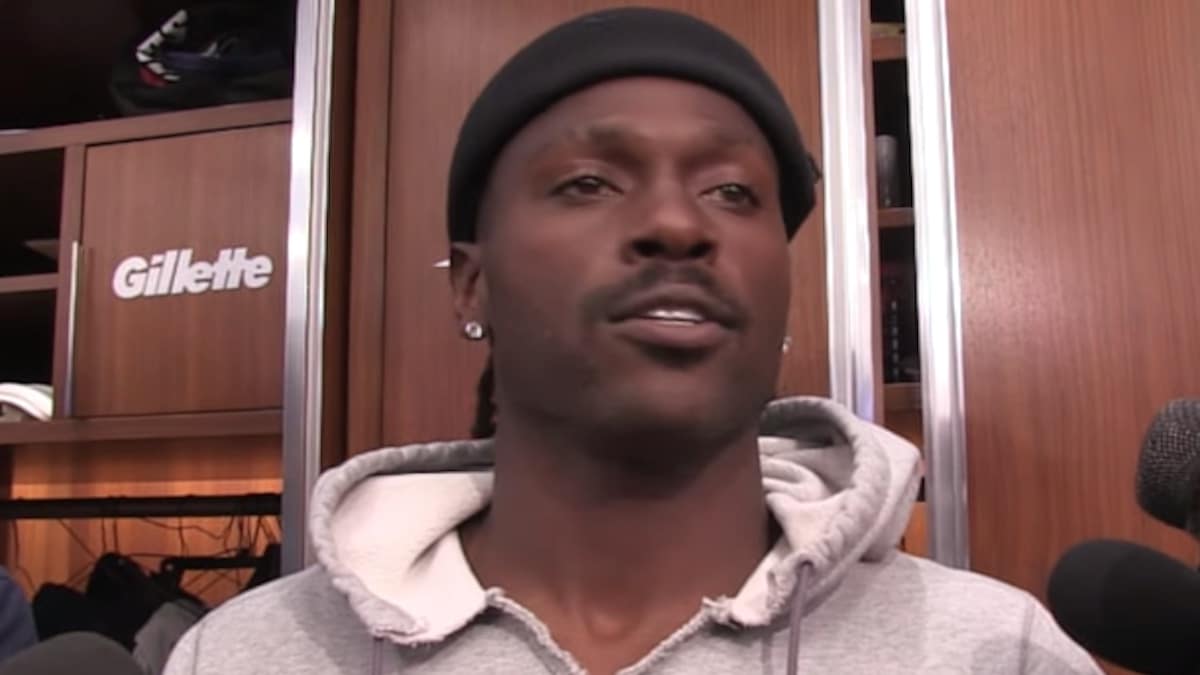 The Antonio Brown interview today is being described as a lackluster first encounter as far as his exchange with members of the media.

Brown, who played in his first game for the New England Patriots just this past Sunday, answered four questions and kept it brief. Here are more details on what Brown said to the press during his media interview today.

Thursday gave the media an opportunity to speak to Antonio Brown for the first time since he played this past Sunday. However, they were limited in terms of the number of questions allowed.

There were just four total inquiries during the media interview. Brown spoke about working with a legend like Tom Brady. The one question asked that related to his “availability” was brushed aside as Brown mentioned focusing on football.

Here is the full one-minute press interview with the New England Patriots receiver on Thursday.

Brown is part of a civil lawsuit that recently surfaced in which his former personal trainer Britney Taylor alleges he sexually assaulted and raped her. Reportedly, Brown refused to settle that civil lawsuit twice, including a recent $2 million settlement offer. Meanwhile, the league is conducting an investigation into the matter but allowed Antonio Brown to suit up and play in the Patriots’ Week 2 game versus the Miami Dolphins.

As Antonio Brown continues to deal with the off-field controversy involving the sexual assault allegations, one of his major endorsement companies was revealed to have possibly cut ties. While it’s unknown which side cut the ties, it was made clear on Thursday that AB is no longer one of Nike’s athletes.

Antonio Brown is a must-start on fantasy football teams as he’s considered amongst the top eight receivers in the league. He outperformed Julian Edelman and Josh Gordon during Week 2 and as long as he’s playing, his fantasy football owners need to be playing him.