Not so fast! Elizabeth Hurley and Justin Theroux sparked romance rumors in January after they attended multiple events together in Morocco, and now the Gossip Girl alum is setting the record straight.

And don’t count on the Passenger 57 actress to go public with any sort of relationship news anytime soon. “I made a vow a few years ago to keep quiet about my private life for a bit, because I decided I talk too much about it in the past!” Hurley explained to Us. “So I’m not going to answer that, but I will say thank you for asking!” 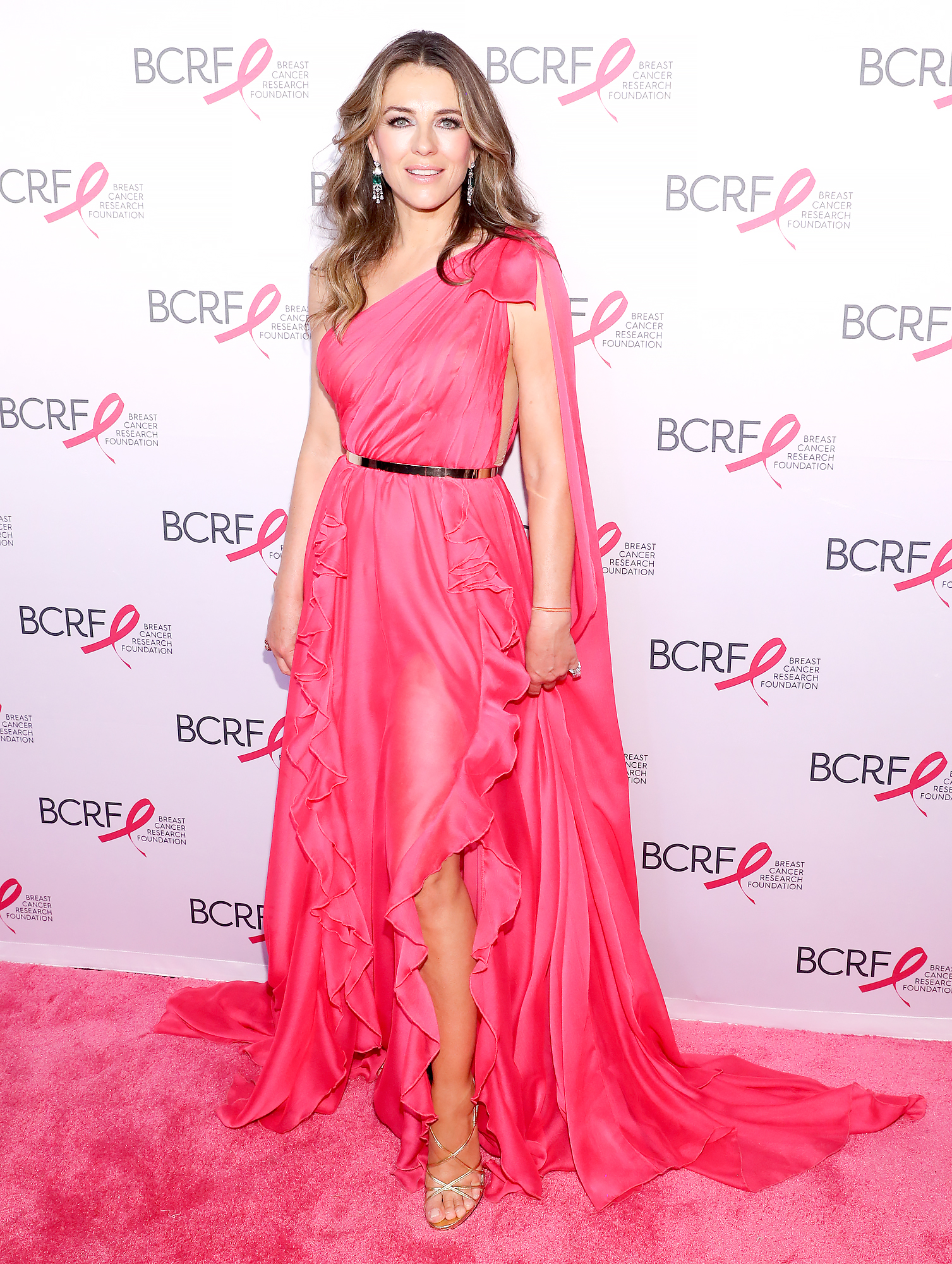 Theroux and Hurley were photographed together in Morocco while together at ABB FIA Formula E 2019 Marrakesh E-Prix and later at the ABB FIA Formula E Championship Dinner followed by an appearance at a cocktail party at the Amanjena Resort.

Hurley was famously linked to Hugh Grant — whom she met on the set of 1988’s Rowing With the Wind — for 13 years before splitting in 2000. She later married Indian textile heir Arun Nayar in 2007, but the twosome called it quits in 2011. Hurley and Nayar share 17-year-old son Damian.

Theroux, for his part, split from ex-wife Jennifer Aniston in February 2018 after two-and-a-half years of marriage.

Hurley also gave insight to her involvement with the Breast Cancer Research Foundation while speaking to Us at Wednesday’s event.

“There are studies being done at the movement that suggests that chemotherapy can be more effective on a body when the stress hormone cortisol isn’t present, which tells us that, you know, for years everyone has been saying, ‘You have to relax, you have to distress. Stress is bad for your health,’ but now to hear that there’s a very good chance, that stress actually has a detrimental effect on the chemotherapy treatment is something pretty amazing that research is working on,” she told Us about her work with mindfulness and yoga within the foundation.

Hurley added: “That’s something very new. Otherwise, I think just seeing when a new drug is developed, which has made a serious difference for people’s recovery after the treatment they get, it’s wonderful to be a part of that. And to know that women are not necessarily getting treatment, which wouldn’t necessarily help that type of cancer, because they know so much more about breast cancer now. They know that treatments can be targeted to the specific areas of breast cancer. Whereas 25 years ago everybody got the same treatment. That doesn’t happen anymore.”

With reporting by Lexi Ciccone