The singer, 38, spoke about her friend in an interview with The Sun on Friday, as she admitted that the Britain’s Got Talent judge, 49, would be ‘willing and able’ to be a part in the girl group.

Of Amanda’s desire to take on a role, Ashley explained: ‘She’s been very vocal about being willing and able. 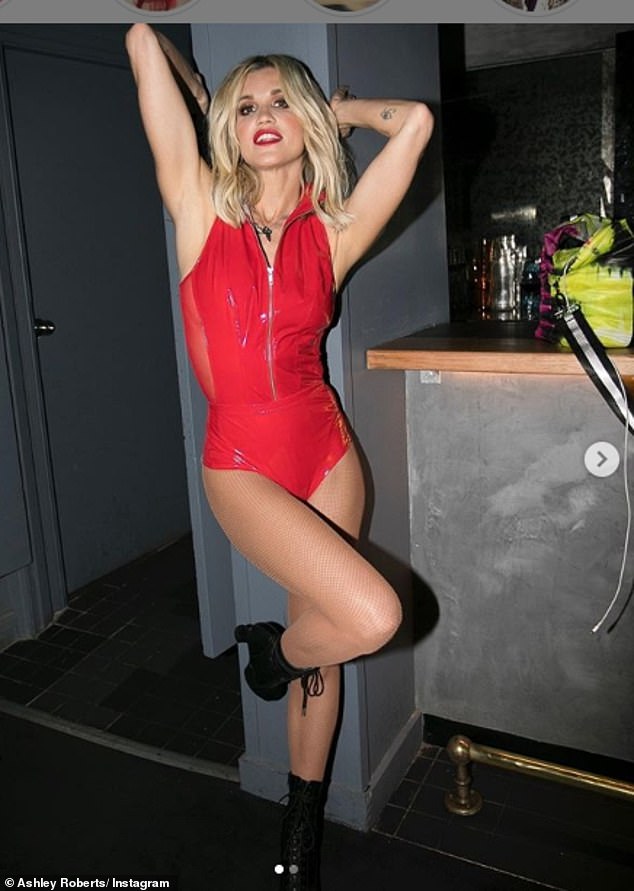 ‘If we were ever to need someone to step in, she’s available. Mandy would bring a lot of fun and sassiness. She’s an awesome little senorita.’

The pair have often documented their shenanigans at Heart Radio, including doing leg-up poses and pushing each other on wheelie chairs down an empty hallway when they had the office to themselves during the coronavirus outbreak.

Amanda also learned some dance moves from Ashley, including the ‘teepee’ which saw the presenter lift her posterior in the airin a dramatic pose.

Joking about the dance move, Ashley said: ‘I taught her… I’m not sure if she’s got more flexible since meeting me but she surprised me when she did the move. I was like, “Go on, girl”‘ 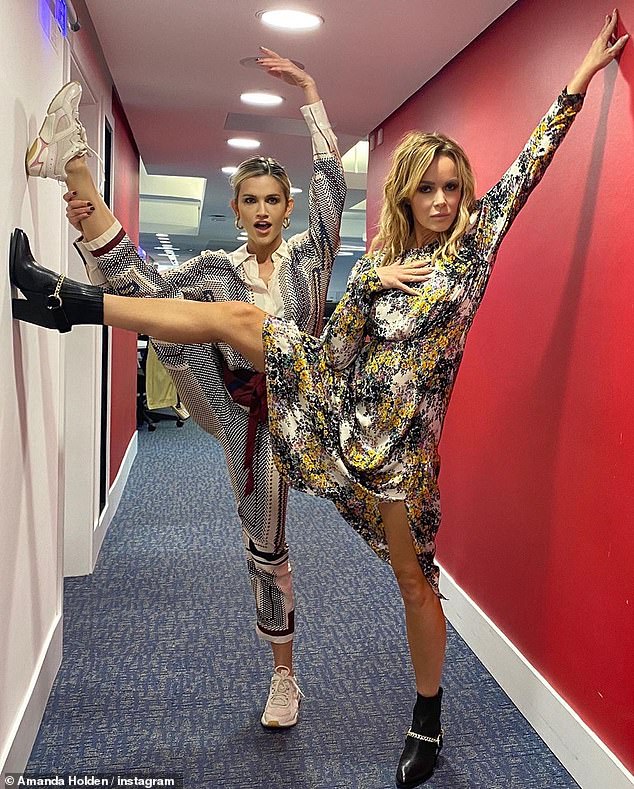 Right for the part: Of Amanda’s desire to take on a role, Ashley explained: ‘If we were ever to need someone to step in, she’s available. Mandy would bring a lot of fun and sassiness’

Amanda presented her breakfast show from home on Thursday in a bid to keep going during the coronavirus pandemic.

And she insisted that she’s practising social distancing with her co-host Ashley Roberts, as they returned to the Heart FM Studios on Friday.

The presenter took to Instagram once again to share a snap of herself and Ashley standing several feet apart, following government advice for people to practice social distancing to prevent the spread of the virus.

The Britain’s Got Talent ensured she was a safe distance from Ashley, and wrote in the caption: ‘Practising #socialdistancing keeping you company @thisisheart – today and every morning!! WE CAN DO THIS.’ 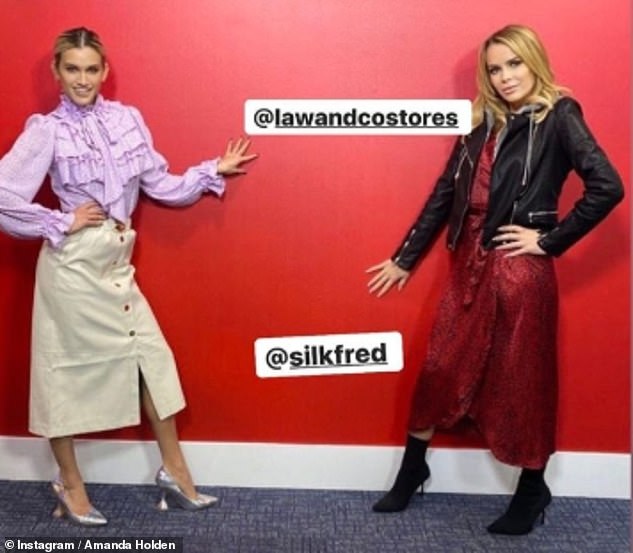 Keeping safe! Amanda insisted she and Ashley Roberts are practising social distancing as they returned to the Heart FM Studios  on Friday despite the coronavirus pandemic 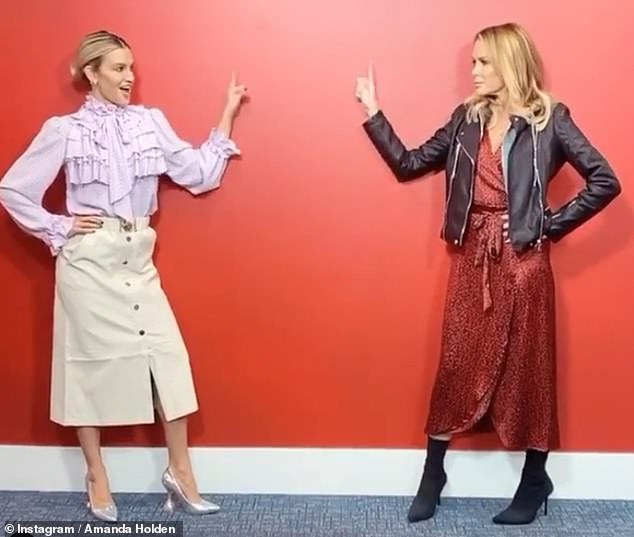 Keeping away: The presenting duo kept a safe distance from each other

Just a day earlier, Amanda revealed that she was now presenting the Heart Breakfast Show from home.

The mother-of-two shared a snap of her stylish silk pyjamas as she readied herself for the show in front of the Heart microphone, following Prime Minister Boris Johnson’s plea for Londoners to stay at home and limit social contact.

Amanda still managed to look effortlessly glamorous as she shared a snap of herself with microphone in hand and her beloved dog Rudie in the other. 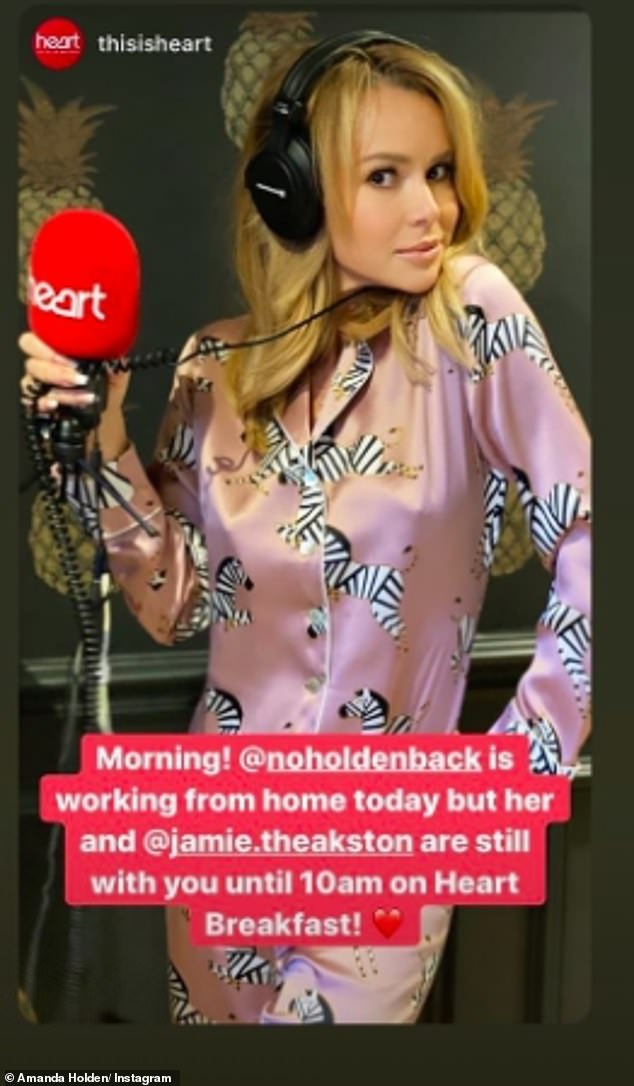 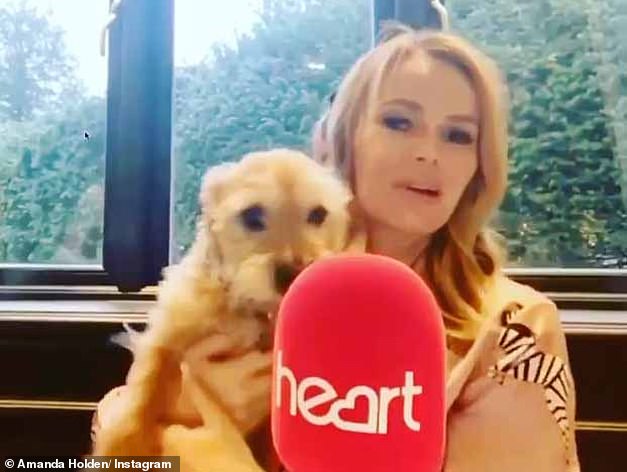 Making an appearance: Amanda was joined by her beloved dog Rudie on Thursday as she hosted her radio show in her pyjamas