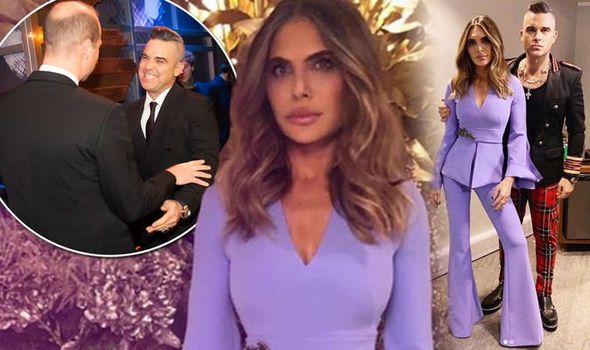 The former X Factor judge and wife of pop star Robbie Williams, 45, donned a purple suit to show support for her husband who was performing at the concert.

The annual event, which took place at the London Palladium, is always attended by a senior member of the Royal Family and this year the acts entertained Prince William and Kate Middleton.

American actress Ayda certainly caught the eye in her purple look, which comprised of flared trousers and a form-fitting top with coordinating flared sleeves from British brand Safiyaa.

Her plunging top nipped in at the waist and featured a gem-encrusted detail which added interest to her outfit and highlighted her slim figure.

The television personality wore her hair in big bouncy curls for the occasion and enhanced her good looks with lashings of mascara and a slick of nude lipstick.

She completed her look with dark nail varnish and a designer clutch bag. 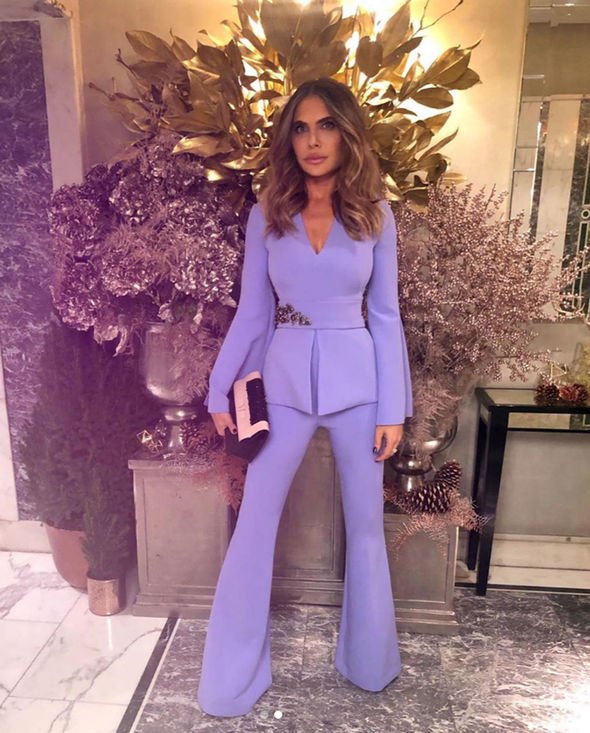 Taking to Instagram ahead of the event, mum-of-three Ayda told her 546,000 followers she was looking forward to the performance.

She wrote: “Excited to support @robbiewilliams at the @royalvarietyperformance tonight.”

Revealing details about her outfit, she went on to say: “Suit by @safiyaa_official jewellery and clutch by @williamandson AWxx.”

In the picture, the Loose Women panelist posed for a picture with her husband of nine years.

The singer wore red tartan trousers and a black military-style jacket for his turn on the stage. 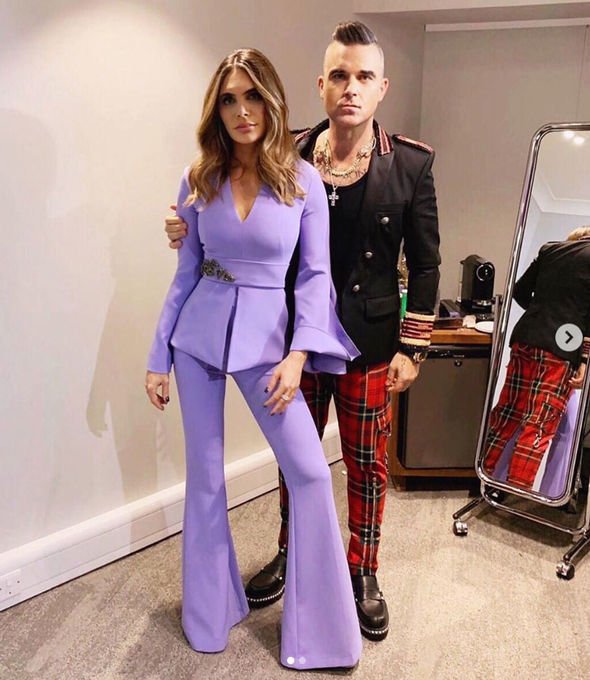 During the Royal Variety Performance, which was hosted by comedians Rob Beckett and Romesh Ranganathan, Robbie sang tracks from his new Christmas album.

He performed a duet with Jazz singer Jamie Cullum, 40, from his new release The Christmas Present.

Following the show, Robbie was photographed talking to the Duke of Cambridge, 37, in the traditional meet and greet line-up.

The pop star could not contain his joy at meeting the royal and was seen laughing and joking around.

Robbie and Ayda, who are parents to Teddy, seven, Charlton, five, and one-year-old Colette – known as Coco, have a special connection with the royal family.

Their eldest daughter Theodora, aka Teddy, was a bridesmaid for Prince William’s cousin Princess Eugenie at her wedding to Jack Brooksbank last year. 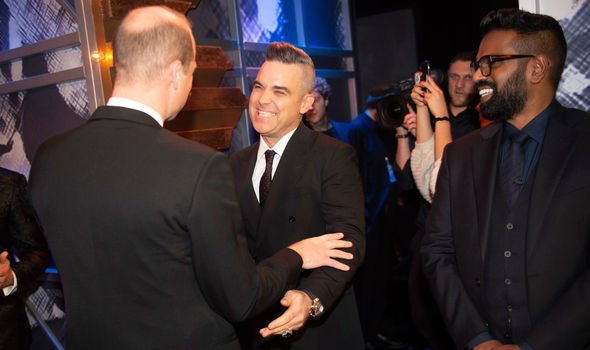 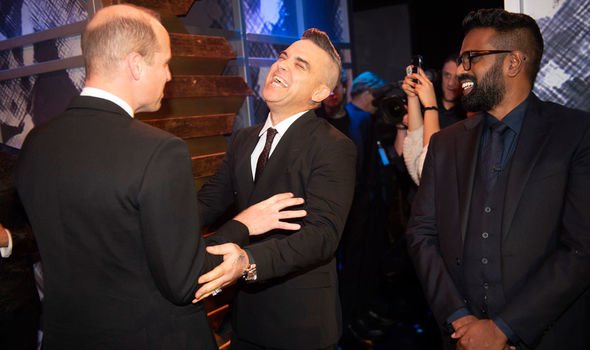 Robbie Williams is now bookmaker Coral’s favourite to land this year’s Christmas Number One, at 3-1, with his new album The Christmas Present being released this Friday.

“Robbie’s new album is set to push him towards the top of the charts in perfect time for Christmas. He’s the outstanding contender for Christmas Number one at the moment and we’ve slashed the odds to just 3-1 now,” said Coral’s Harry Aitkenhead.