’47 is a mum in a swimsuit in October’: James Cracknell’s ex-wife Beverley Turner stuns in a plunging one-piece while sipping prosecco as she praises her ‘amazing’ boyfriend

James Cracknell’s ex-wife Beverley Turner said she is ‘finding happiness every day’ with her ‘amazing other half’.

Beverley, 47, celebrated her birthday on Wednesday with a glass of prosecco after a dip in the River Thames in Henley, Oxfordshire.

The radio wore an elegant black swimsuit with a plunging neckline in a stunning snap posted to Instagram, while praising her boyfriend, eco-property developer James Pritchett, 32, and her three children Croyde, Kiki and Trixie. 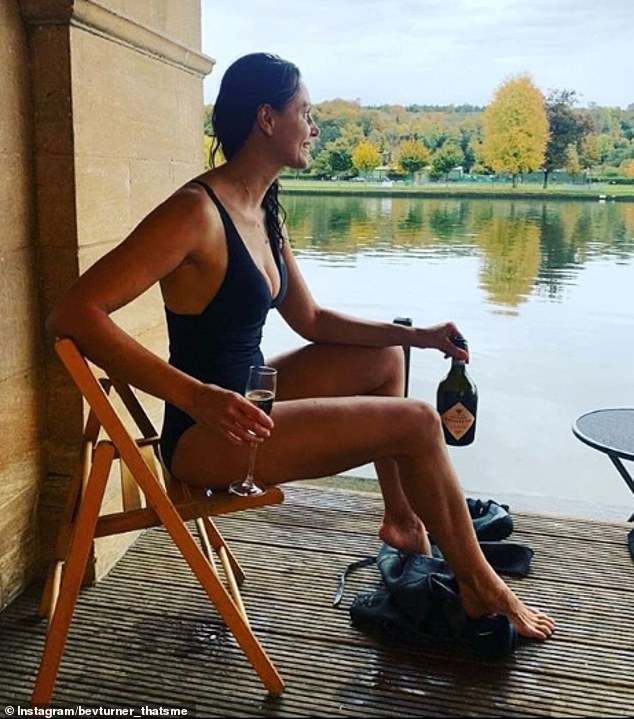 Stunning! Beverley Turner slipped into a plunging swimsuit as she celebrated her birthday on Wednesday with a dip in the River Thames in Henley, Oxfordshire, and a glass of prosecco

Beverley and James began dating after the breakdown of her marriage to Olympic rower Cracknell, 48, going public with their romance at the start of the year.

She wrote: ‘When I was 11 (like my Kiki is now) 47 was an old lady, maybe a teacher, with grey hair and sensible shoes….

’47 is now a mum in a swim-suit in October, drinking fizz, after a dip in the Thames…..

‘And despite all this controlling, covid bull***t I’m finding happiness everyday with my amazing other-half and my (occasionally) lovely children…

‘Like never before, we need to take control of finding our own fun (and I highly recommend this @aldiuk #organic #prosecco…#deadclassy. Not an ad!)’ 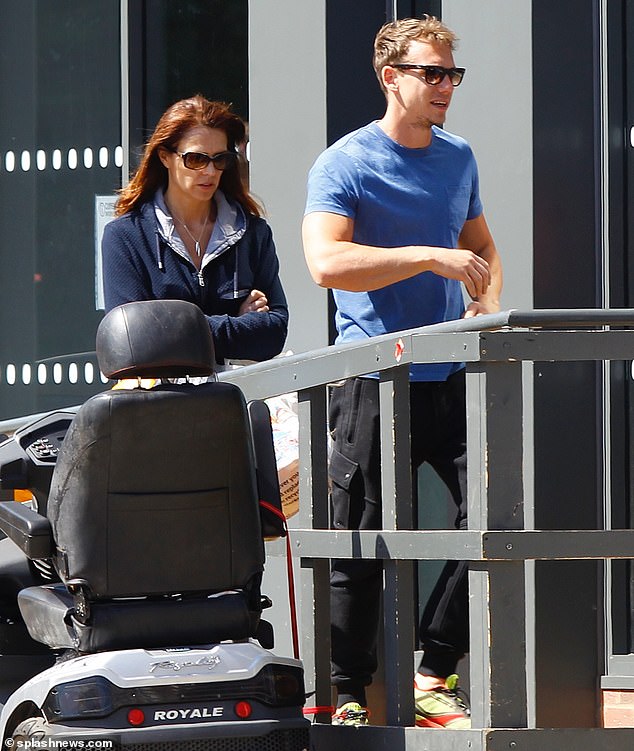 Beverley and the Olympic rower finalised their divorce in March 2019 after splitting in 2018 following 17 years of marriage.

The presenter petitioned for the divorce on the grounds of unreasonable behaviour, which the rower did not oppose.

The father-of-three suffered a brain injury in 2010 after he was struck from behind by a lorry while cycling in Arizona while making a documentary for the Discovery Channel.

He said the injury, which left him in a coma for five days, changed his personality and left him and Beverley struggling to cope. 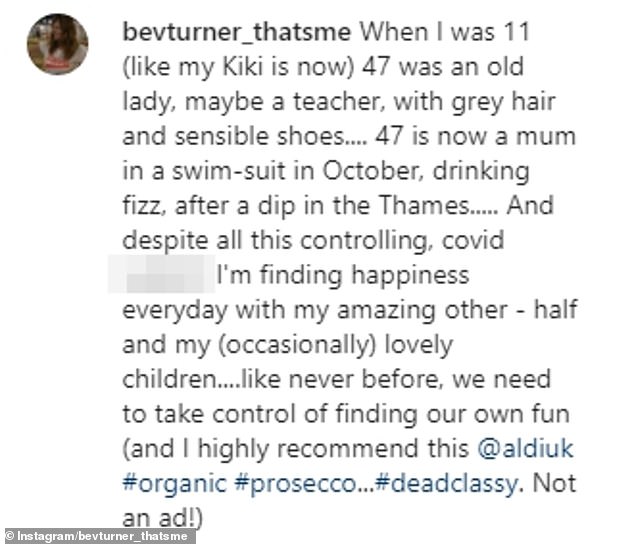 Being 47 in 2020: Beverley compared what she thought being 47 looked like when she was 11 compared to what she knows it to be now

In an interview with the Daily Mail, she said: ‘When I married James, I thought we’d be together for ever, but the divorce statistics for elite sports people is around 75 per cent, and higher again for marriages affected by brain injury, so put those two together, what chance did we have?’

The pair have ensured their split remained amicable for the sake of their three children Croyde, Kiki and Trixie.

Beverley previously said of her new romance: ‘I had such judgment about age-gap relationships before this.’

She added to the Daily Mail: ‘I would look at an older man with a younger woman and roll my eyes, but now I can completely see what they were doing. I cannot see any disadvantage to it.’