Home » Celebrities » Big Brother’s Steve Calls Out JC for Making Fun of Him: 'This Is Just Silly' 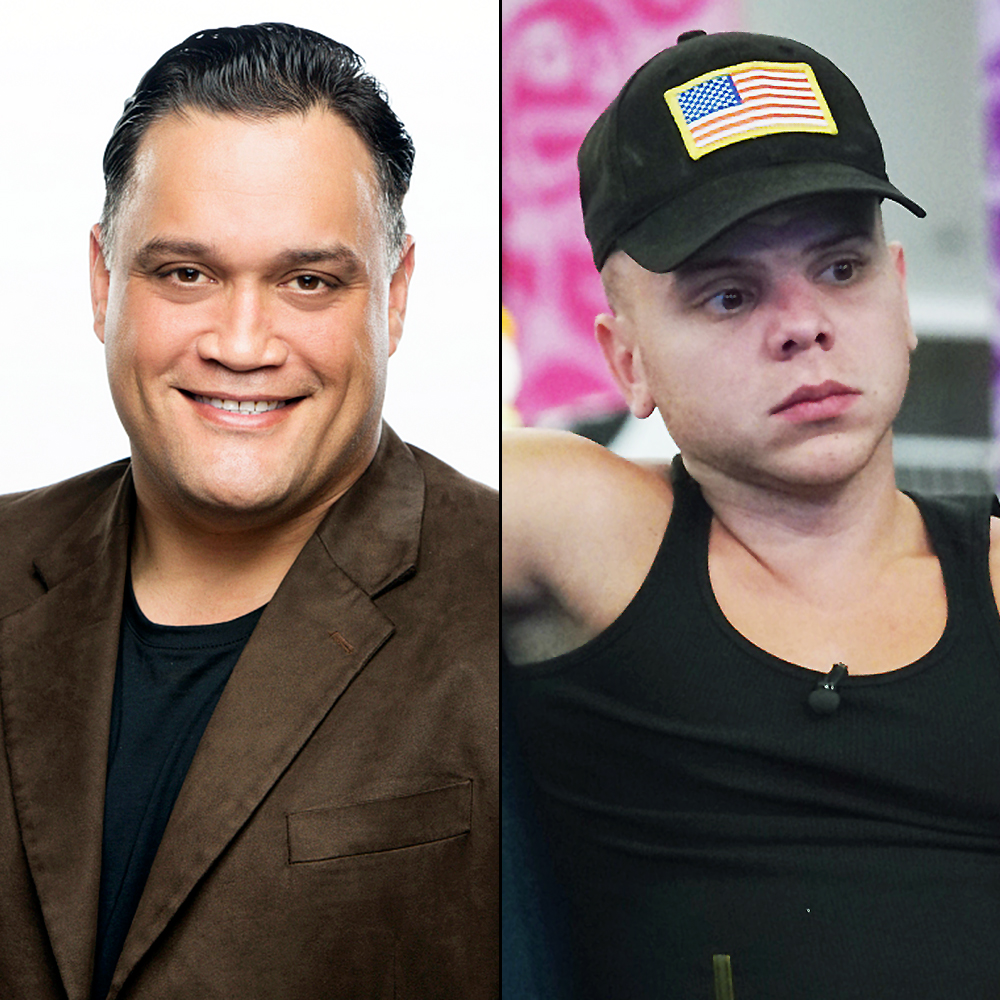 Big Brother’s Steve Arienta may have been eliminated during the first week of the reality show this season, but he isn’t going to stand by and let houseguest JC Mounduix get the last laugh at his expense.

After a clip from the online live feed surfaced on Saturday, September 1, showing Mounduix poking fun at Arienta’s “flat nose” during a game of “would you rather,” the former castmate responded.

“To everyone out there that was born unique, do not fret what other’s ever say about you,” Arienta tweeted alongside the video. “Yes, I have a flat nose, and a flat profile. I have always had it. Born with it. Proud of it. That has never defined me as a person. This is just silly. #BB20”

In the clip, Mounduix can be seen asking other members of the house if they’d rather have Arienta’s nose that he’s “pretty sure has some respiration problems,” or Haleigh Broucher’s “mole.”

This isn’t the first time Mounduix has come under fire for things he’s said and done during his stint on the CBS reality series’ 20th season. Most recently, the 28-year-old Miami native was accused of sexual misconduct toward Tyler Crispen and Broucher, 21, when he was spotted caressing Crispen’s arm.

The show’s executive producers Allison Grodner and Rich Meehan released a statement to Us Weekly on August 31, regarding the alleged incident.

“The expression of viewer concerns regarding JC Mounduix’s behavior was reviewed immediately. All video was examined in its entirety,” the statement read. “We spoke with all three of the houseguests separately in detail about the incidents. Tyler and Haleigh explained to producers that they in no way felt threatened, unsafe or sexually harassed.”

Groden and Meehan continued: “If there was any indication from our houseguests of sexual misconduct, we and CBS would have taken immediate action. The safety and security of our houseguests is and will continue to be our top priority.”

Prior to the misconduct accusations, Mounduix turned heads with his inappropriate behavior, including opening the bathroom door while Broucher was using it. In July, viewers of the popular show called him out for placing an ice cream scooper near one of his female castmate’s private parts.

However, it hasn’t just been his actions that have made headlines. Mounduix was also openly called out by houseguests for misusing #MeToo, a sexual harassment awareness term, as well as using the N-word during a live feed in July.

CBS released a statement to Us in July warning members of the show of consequences for actions like this in the future.

“Big Brother is a reality show about watching a group of people who have no privacy 24/7 — and capturing every unfiltered moment and conversation in their lives. At times, the houseguests reveal prejudices and exhibit behavior that we do not condone,” the statement read. “The producers have addressed two such incidents that were seen recently on the 24/7 online feed. In both cases, those involved have been warned about their inappropriate behavior and offensive comments, as well as future consequences. These events will not be part of any future Big Brother broadcast on CBS.”

Big Brother airs on CBS Sundays at 8 p.m. ET, and Wednesdays and Thursdays at 9 p.m. ET.