Blac Chyna continues to contest Rob Kardashian’s claims she is a bad parent to Dream, 3, during custody case… as she denies abusing drugs in front of children and teaching sexual positions

Blac Chyna has hit back at Rob Kardashian’s claims that she is a bad parent as he seeks primary custody of their daughter, Dream.

31-year-old Chyna denies claims his claims her daughter is dirty, says she doesn’t abuse drugs in front of her children and contests claims she taught Dream sexual positions.

According to TMZ, sources close to the reality star claim she is a ‘good mother who would never put her child in harm’s way, despite what Rob says. 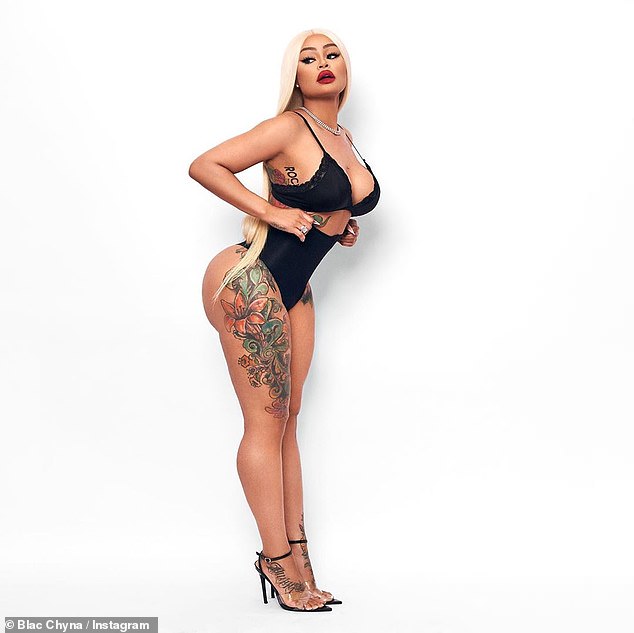 Not true: Blac Chyna continued to contest Rob Kardashian’s claims she is a bad parent to Dream, 3, during their custody case… as she denied abusing drugs in front of her children and teaching sexual positions

But sources close to Chyna claim this is simply not true, particularly the accusations about sexual positions.

They told the site: ‘Chyna has never done drugs in front of her children and only drinks on occasion … when her kids are not around. 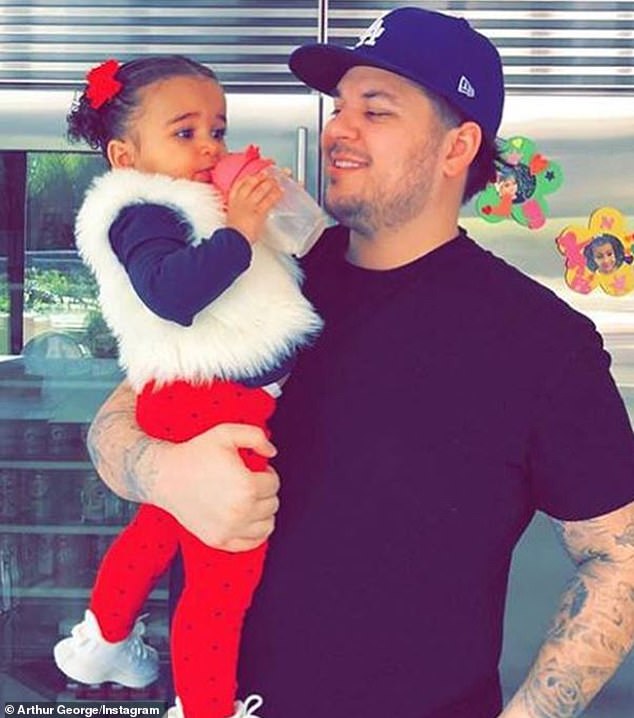 ‘She claims she always keeps Dream clean and makes her practice good hygiene … and has more than 100 nice outfits for her at her home.’

Rob has asked the court to reduce Blac Chyna’s parenting time to just weekends, with a nanny present. His sister Khloe and former employees of Chyna have supported him.

He has also requested that she submits to drug and alcohol testing no less than 30 minutes before each visit with Dream.

Moreover, Khloe wants to do ‘everything she can’ to help Rob win primary custody of Dream.

‘Khloe has always been very close to Dream,’ a source told People. ‘When Rob had custody of her as a baby, Khloe often helped out. She really loves Dream.’ 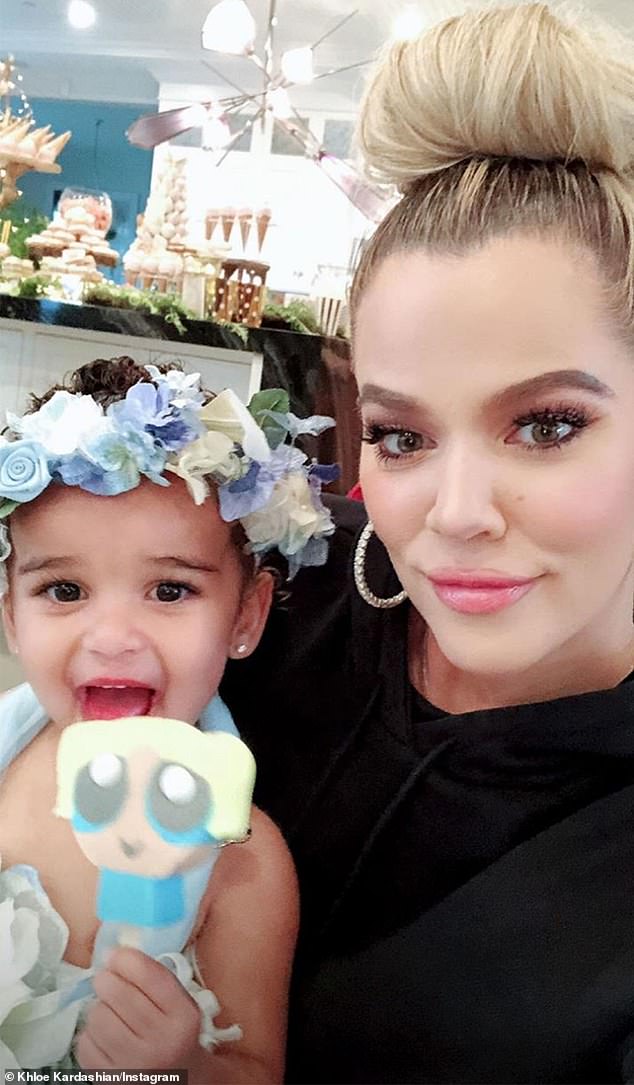 Here to help: Rob’s sister Khloe wants to do ‘everything she can’ to help Rob Kardashian win primary custody’

The insider added: ‘Khloe will do everything she can to help Rob get custody. She thinks this is best for Dream.’

Khloe, 35, has a close relationship with her nieces and nephews, including Dream, and recently documented a play-date between Dream and her own daughter True, 20 months, on social media.

The Keeping Up With The Kardashians star has always been close to her brother, who lived with her for several years. 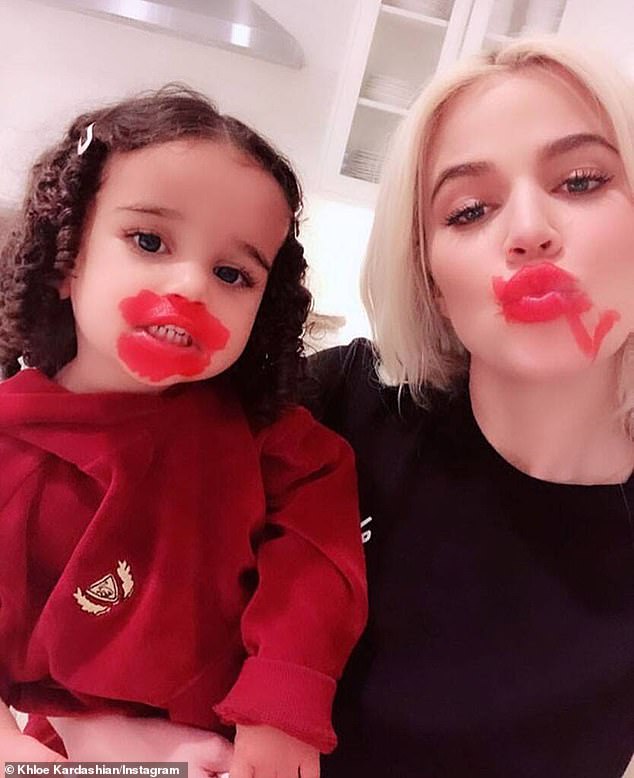 So many fun play dates: Here Dream and Khloe tried on red lipstick for a photo

In his documents, Rob said he believes his ex poses a danger and isn’t behaving appropriately around their little girl.

The reclusive star accused his former lover – who also has seven-year-old son King Cairo with her ex-partner Tyga – of regularly hosting parties at her home in front of Dream and invites strangers around to ‘get drunk with her.’

Rob believes Dream’s behaviour has changed recently as she’s started ‘naked twerking, and acting out sexual positions that she said her mom taught her’ as well as swearing and using language he insisted he never uses around her. 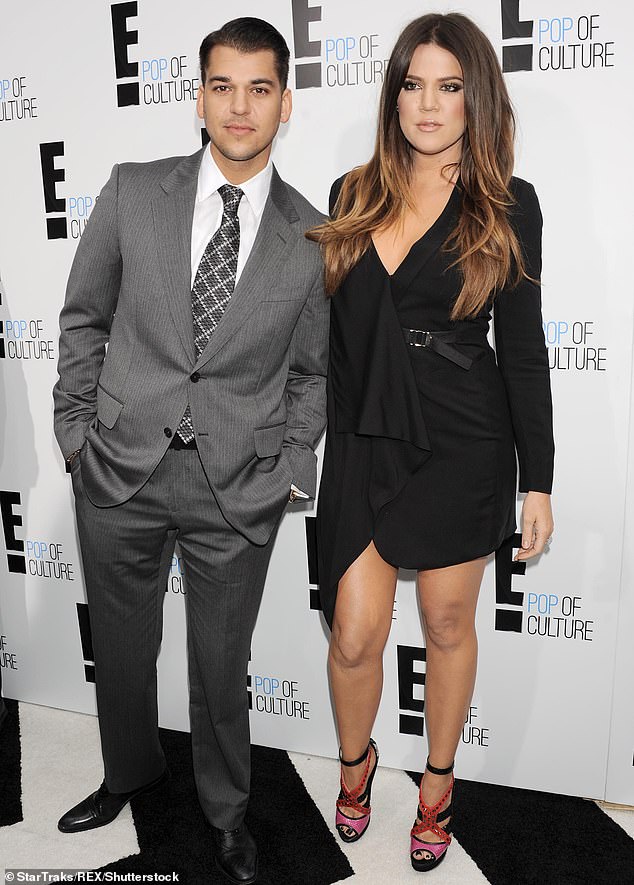 Close bond: The Keeping Up With The Kardashians star has always been close to her brother, who lived with her for several years, (pictured in April 2012)

He also said his daughter arrives to him with messy hair and dirty teeth.

Rob’s paperwork states that Khloe can back up his allegations as she has noticed a behavioral change in Dream as she is ‘more in defense mode’ and is ‘decidedly more aggressive’ during her play dates with her cousins.

However, a lawyer acting for his client Chyna has blasted Rob for moving to take the tot away from her ‘hands-on, extremely loving’ parent. 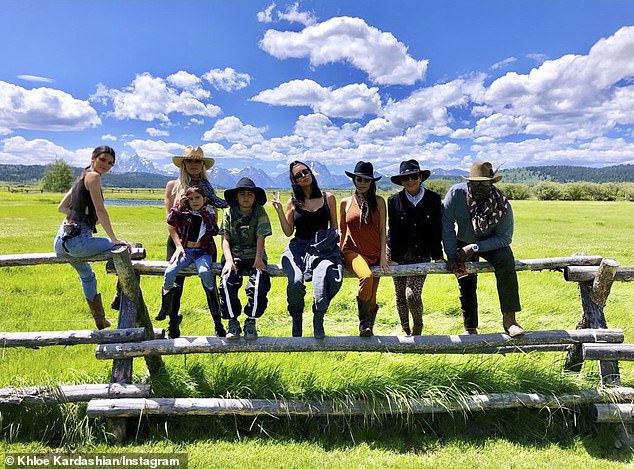 A big family support system: Khloe has Penelope on her lap as she posed with her sister and mom on a recent vacation 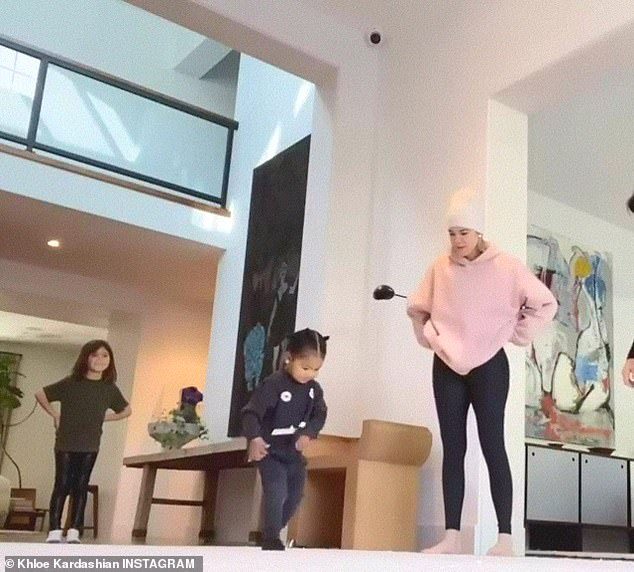 She is often with the kids: Khloe tried teach her daughter True and Kourtney’s daughter Penelope how to do cartwheels

‘And Khloe Kardashian … wants to take her niece Dream away from her loving mother, Chyna? Oh, please.

‘Chyna will vigorously contest this latest despicable attempt to take away her daughter in a court of law, where she will keep prevailing against her ex-fiance Rob and the other malicious and vindictive members of his family.’

Rob filed documents in a Los Angeles court on Tuesday for full custody of his daughter.

Rob also reportedly asked the court to order Chyna to undergo random drug and alcohol testing, a move which was denied by a judge.

In his court filings, Rob made shocking claims about Chyna as a mother and said she has taught their little girl to mimic sexual positions, snorts cocaine with strangers and has a $600-a-day-alcohol habit. 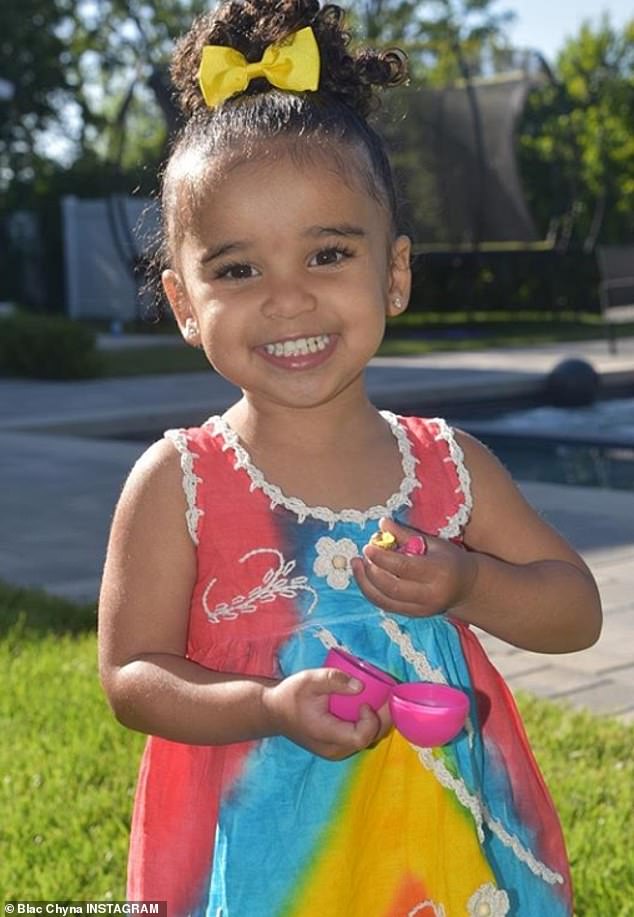 Chyna’s lawyer fights back: ‘Chyna will vigorously contest this latest despicable attempt to take away her daughter in a court of law, where she will keep prevailing against her ex-fiance Rob and the other malicious and vindictive members of his family,’ Ciani added

He also asserts that Chyna is making for ‘an unsafe environment due to her unpredictable behavior’ and even makes violent threats to people in her home.’

Kardashian said that Chyna uses foul language in front of Dream, who has subsequently repeated phrases such as ‘What the f***?’ and ‘b***h.’

And he said in court docs that a person who used to work with Chyna said that the Lashed entrepreneur spends about $600 on booze a day,

He added that she is usually drunk, and has finished a full bottle of Hennessy in one sitting.

Dream was involved in a physical fight with another kid last month, which Rob said is indicative of her mother’s influence.

Rob is asking the court to mandate Chyna take drug and alcohol tests a half-hour before visits; and that the nanny is granted legal power to terminate the visits in cases of violent or aggressive behavior when the child is present.

Chyna told RuPaul in June that ‘co-parenting is good’ with both Tyga and Rob, as they’re ‘all in a good place.’

‘With both of my baby fathers, we have a mutual agreement and everything runs smoothly,’ she said. 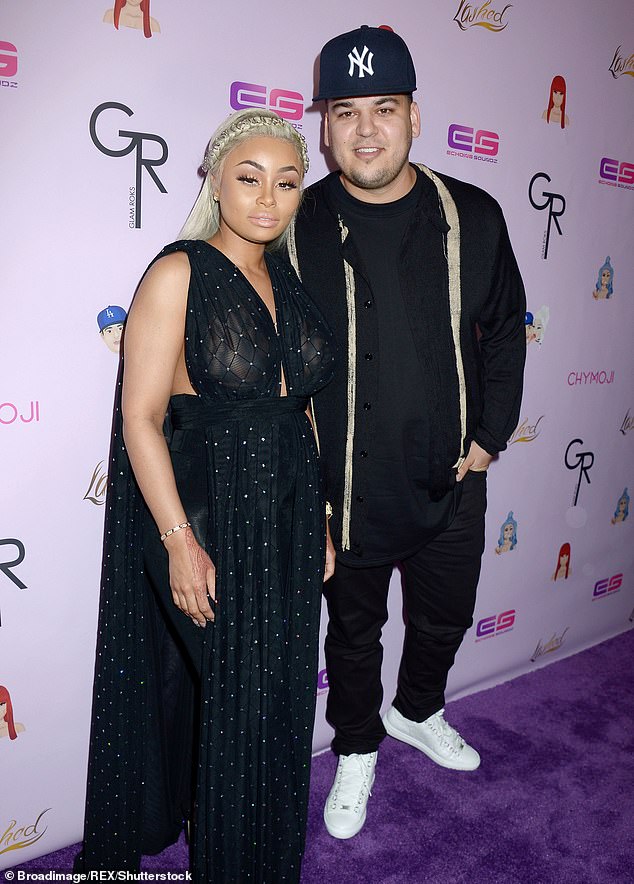 Legal move: The 32-year-old sock designer filed documents in Los Angeles earlier this week asking to be the main carer of three-year-old Dream – pictured in May 2016