Blue Ivy Carter, eight, becomes a Grammy nominee like mom Beyoncé after the Academy adds her as a ‘featured artist’ for best music video

When the Recording Academy announced the nominees for the 2021 Grammys last month, Beyoncé scored a nomination for best music video for Brown Skin Girl, which Ivy Carter is credited as a featured artist.

The eight-year-old’s name did not appear on the nominees list, but the Grammys recently updated its website to now include her. 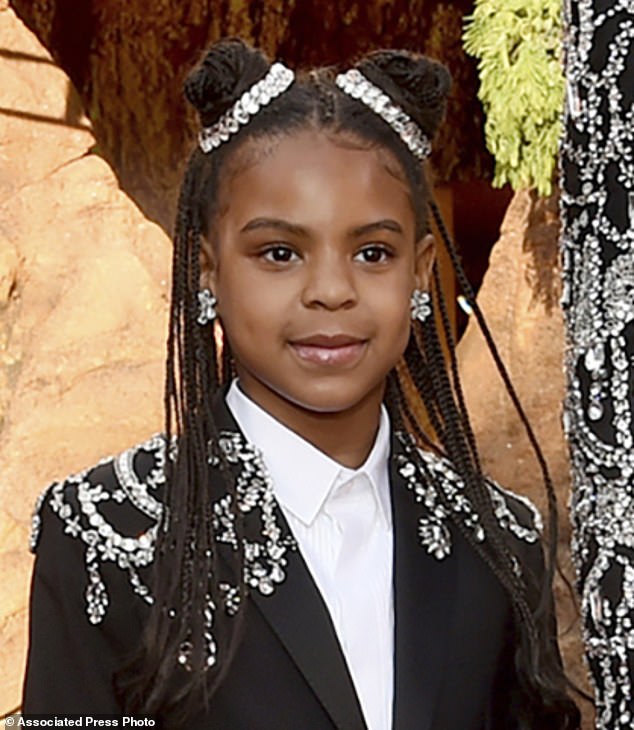 Blue Ivy Carter is an official Grammy nominee after the Recording Academy recently updated its website to now include her as a ‘featured artist’ in Beyonce’s video for Brown Skin Girl, which has been nominated for Best Music Video

The update also includes Nigerian singer Wizkid, who appears on the song and video. SAINt JHN – who is featured on the track but was not in the video – was still not listed as a nominee.

The best music video Grammy is awarded to the main and featured artists on the track, as well as the video’s director and producer.

Brown Skin Girl is a celebration of dark- and brown-skinned women and features Beyoncé namedropping Lupita Nyong’o, Naomi Campbell and Kelly Rowland. She sings the lyrics, ‘I love everything about you, from your nappy curls to every single curve.’ 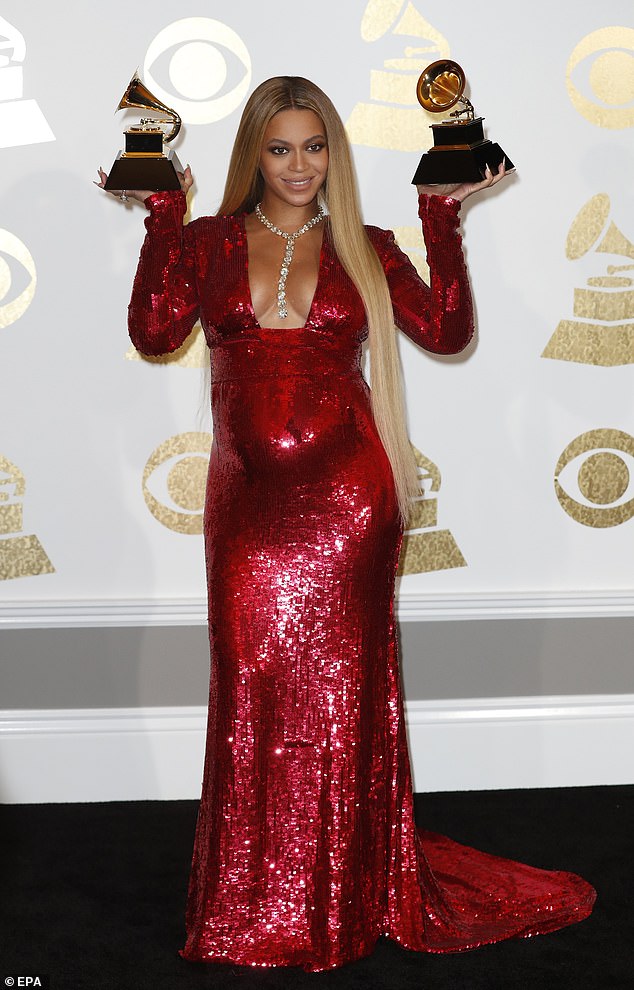 Racking them up: Beyoncé, who earned nine Grammy nominations this year, is also nominated for best music film for Black Is King 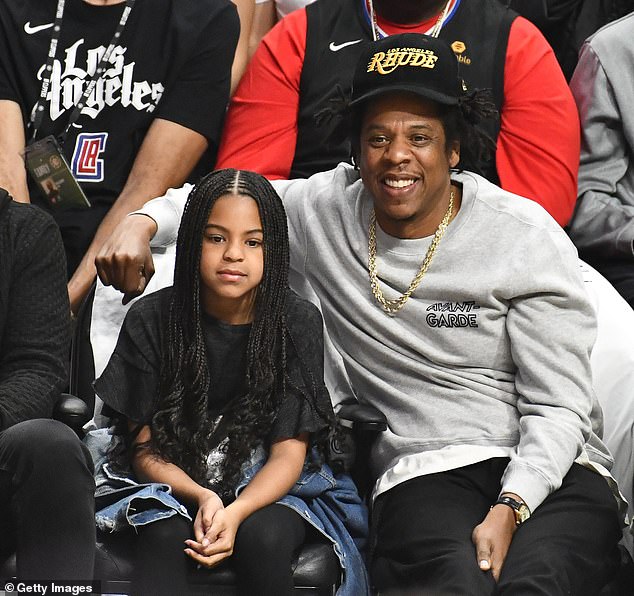 Ivy Carter gives a vocal performance that opens and closes the song.

Brown Skin Girl appears on Beyoncé’s The Lion King: The Gift, a 2019 album featuring songs inspired by The Lion King, where Beyoncé voiced the character Nala.

This year, Beyoncé released Black Is King, the visual companion of The Gift which included the video for Brown Skin Girl.

Beyoncé, who earned nine Grammy nominations this year, is nominated for best music film for Black Is King. 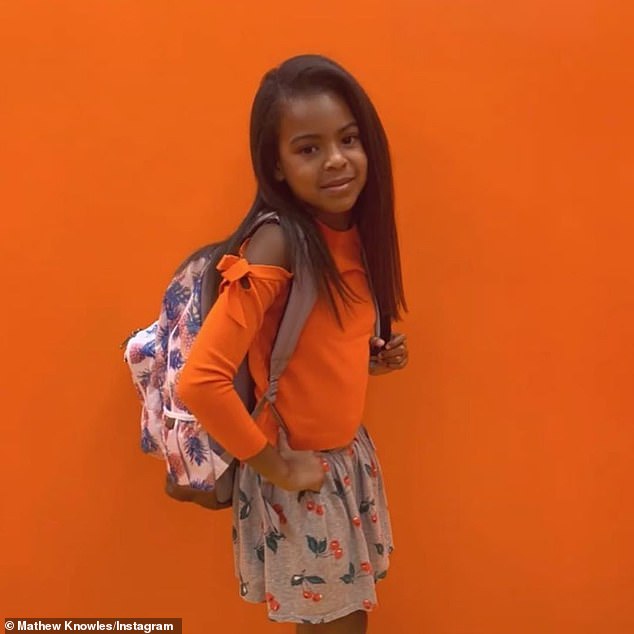 Following in mom’s footsteps: Brown Skin Girl is a celebration of dark- and brown-skinned women and Ivy Carter gives a vocal performance that opens and closes the song

Ivy Carter is listed as a co-writer of the song alongside Beyoncé, Jay-Z, Wizkid, SAINt JHN and others. 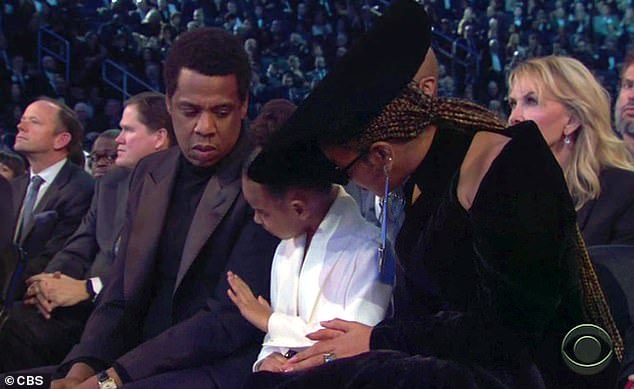 Shush please: Blue Ivy is pictured here telling her parents to stop clapping as she sits with them front row at the Grammys almost three years ago. The funny clip went viral in January 2018