It’s a beautiful day! Bono and U2 touchdown in style as they step off a private jet in Brisbane to continue their Joshua Tree Tour

Legendary Irish rockers U2 are currently on their Joshua Tree Tour 2019.

And on Sunday, the boys in the band touched down in Brisbane arriving in style on a private jet.

Singer Bono, 59, gave a friendly thumbs up as he walked down a stairway onto the tarmac at Brisbane airport. 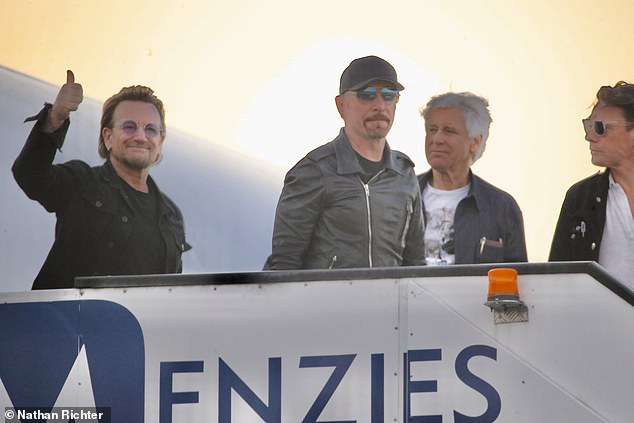 Beautiful Day! Bono and his band U2 (pictured) touched down in style as they stepped off a private jet in Brisbane on Sunday, to continue their Joshua Tree Tour

The rock star was all smiles on what was a sunny Sunday, beaming as he looked out across the airport.

Casually dressed, Bono opted for a black shirt and denim jacket in the same tone, and wore his famous round, violet specs.

Guitarist The Edge was the epitome of rock star cool in a leather jacket, cap and reflective sunglasses. 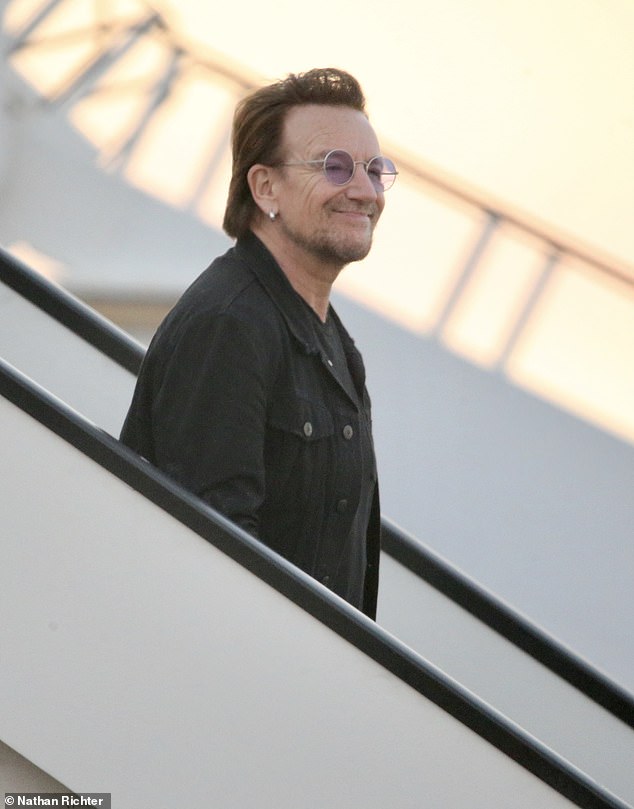 All good! The rock star was all smiles on what was a sunny Sunday, beaming as he looked out across the airport 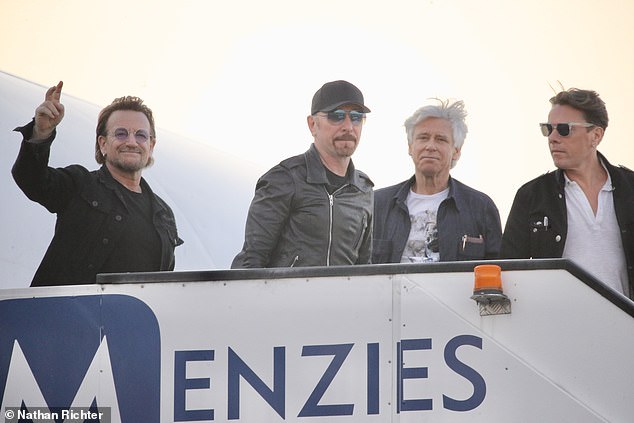 Looking good! The men flaunted their rock star style as they walked down to the tarmac

Both Larry Mullen Jr., 58, and Adam Clayton , 59, opted for dark jackets with white shirts underneath.

Bono thrilled fans in Auckland on Tuesday when he did an impromptu meet and greet.

The Irish rocker made one admirer incredibly happy when he signed her arm and drew his signature ‘Bonogram’ symbol after finishing rehearsals, Stuff New Zealand reported. 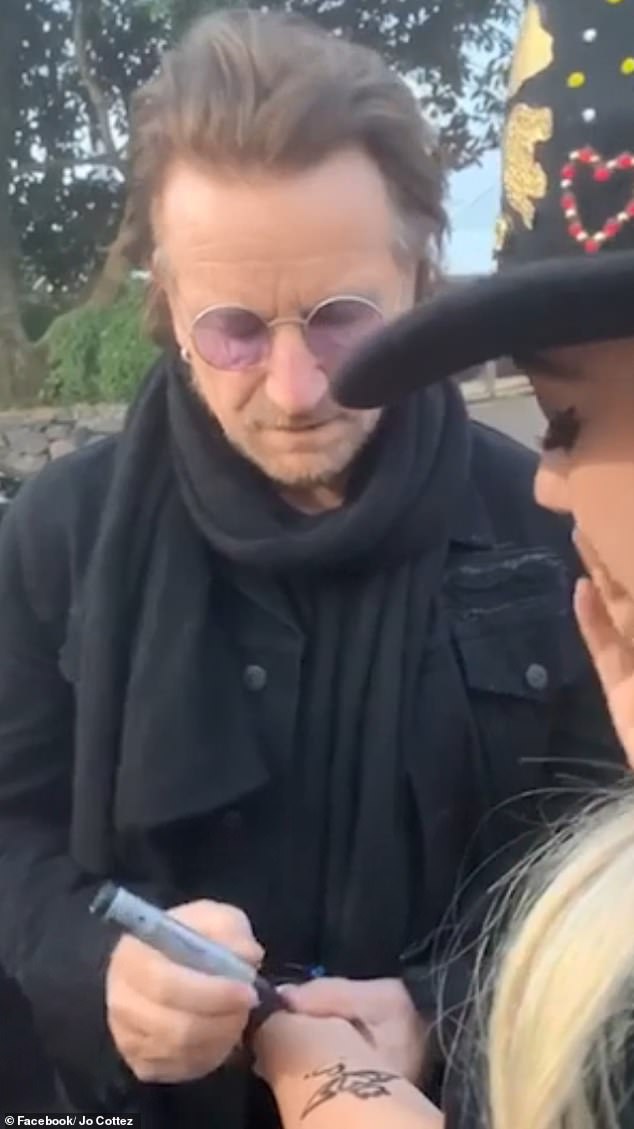 Rock on! Bono did an impromptu meet and greet with fans in New Zealand on Tuesday, and signed a woman’s arm with his famous ‘Bonogram’

American fan Elle Pea, who was present during the meet and greet, explained the ‘Bonogram’ to Stuff.

‘It’s a little character drawing he does that’s the same as the ring he wears, with the heart and the crown and the wings and then a B underneath it,’ she said.

U2 are hitting the stage in the city for their highly-anticipated Joshua Tree Tour, which began on Friday. 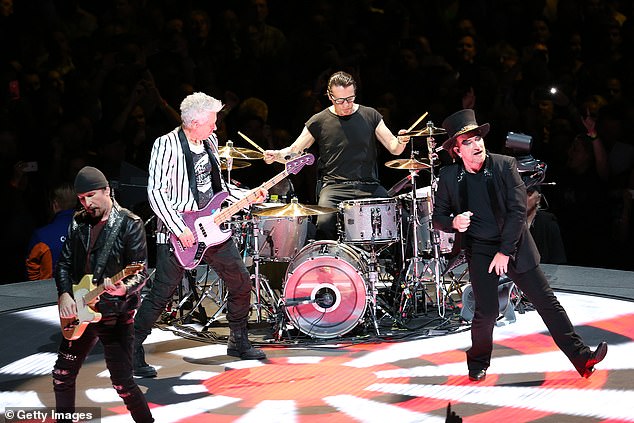 Legends: U2 are hitting the stage in the city for their highly-anticipated Joshua Tree Tour, which began on Friday