Conservative Party leader Boris Johnson, 55, was quizzed about the possibility of making Carrie Symonds, 31, his wife by The Sun reader Sam Parker earlier this month. At first, the Prime Minister seemed taken aback by the question, but then told her to “wait and see”.

Sam asked Boris: “Are you going to buy her a rock any time soon? Every girl likes a diamond.”

The PM replied: “That is a very good question.

“Sam, I have got to take my hat off to you, you have just asked me the question that no journalist has asked. They are just too embarrassed.”

Quizzing him for an answer, another reader called Ash, said: “You still haven’t answered the question.” 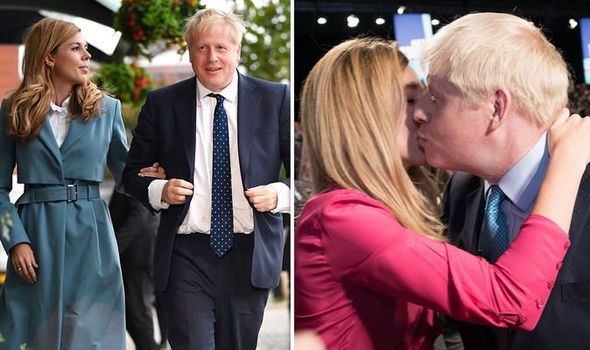 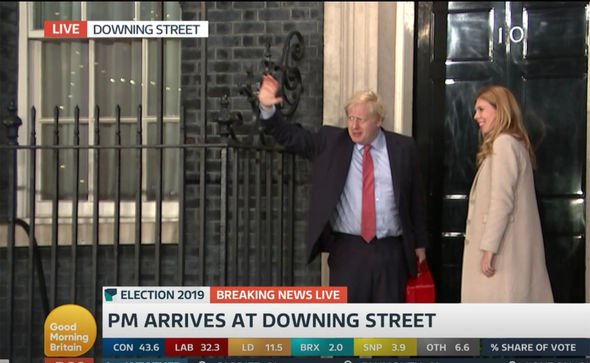 The Conservative party leader responded: “Well I think wait and see is probably the best answer I can give.”

Boris went on to add that he is “very happy” with Carrie in a rare admission about his relationship.

A source previously told the publication that he does want to tie the knot with the communications and PR guru, who he is “totally loved-up” with.

They said: “He wants to get engaged. He’s completely in thrall to Carrie. Totally loved-up. 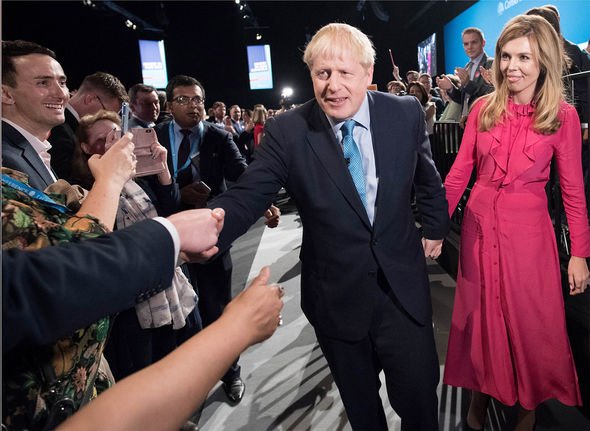 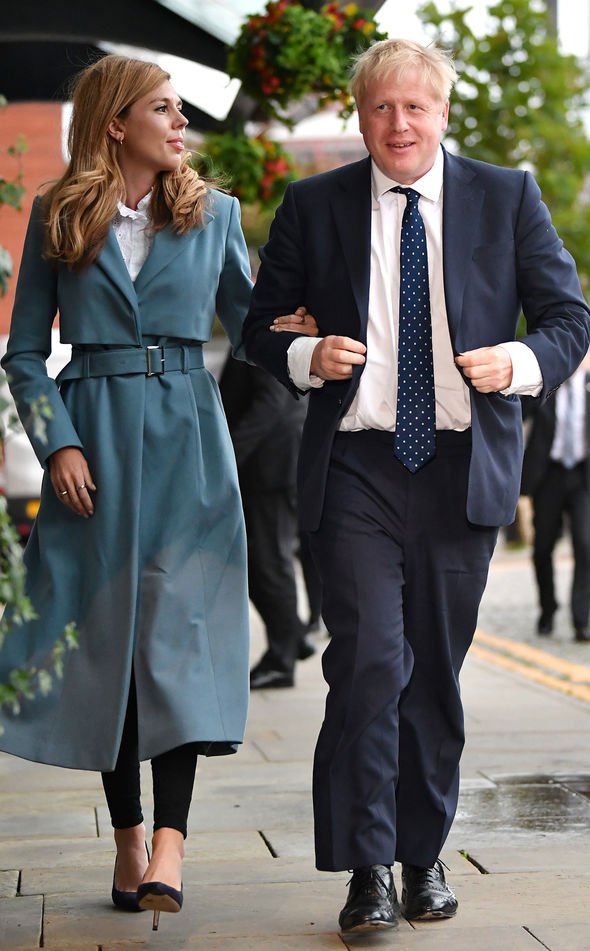 “It’s sweet to see. He’s like a puppy dog around her and very solicitous but desperate to avoid messing it up.”

The Prime Minister currently lives with Carrie and their dog Dilyn in Downing Street.

It was confirmed she moved into the house with Boris back in July.

A friend of Carrie’s had previously told the Daily Mail that she had been seeking advice from David Cameron’s wife Samantha.

A source told them: “Sam Cam has been giving Carrie some advice on living in No10. They’re friends; she wants to help out.”

Boris started dating his girlfriend after his split from his second wife Marina Wheeler in 2018.

The former couple announced their split in a joint statement back in September 2018.

They said: “Several months ago, after 25 years of marriage, we decided it was in our best interests to separate.

“We have subsequently agreed to divorce and that process is under way.

“As friends we will continue to support our four children in the years ahead. We will not be commenting further.”

The pair have four children together; Lara, Cassia, Theodore and Milo.

Away from his love life, Boris won victory in the General Election 2019 last night, triumphing over Labour leader Jeremy Corbyn.