Boris’s dad scares the Krankies… by paying £8 for a bottle of plonk: CHRISTOPHER STEVENS reviews The Real Marigold Hotel on last night’s TV

Never mind accent, school or double-barrelled relatives. The true test of how posh you are is what you’d be prepared to pay for a bottle of vino.

Quiz host Alexander Armstrong airily declared, on a foodie show a while back, that nothing under 50 quid should be considered drinkable. A £20 bottle might be used for cooking, but anything cheaper wasn’t fit for paint-stripping: ‘A waste of alcohol units,’ he called it.

Alexander, you see, is posh. Janette and Ian Tough, better known as The Krankies, are not. They were aghast — at an off-licence in the Indian city of Udaipur, on The Real Marigold Hotel (BBC1) — at the fortune their co-star Stanley Johnson was prepared to fork out for good plonk. 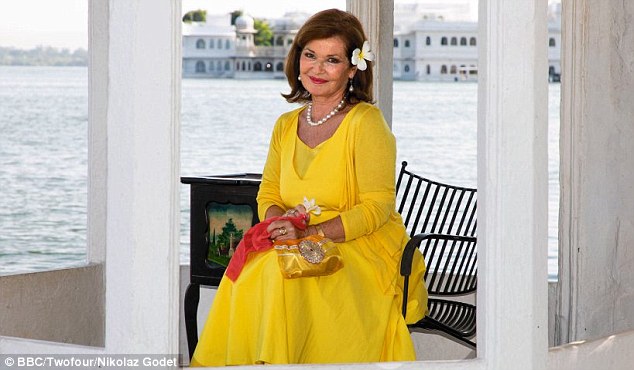 There’s a broad mixture of classes as nine TV personalities are thrown together, from the aeriated Dynasty actress Stephanie Beacham

Stanley was baffled: he’d cheerfully handed over fistfuls of rupees in the wine shop, convinced he was getting a bargain.

Stanley, of course, is the eccentric father of former foreign secretary Boris Johnson. ‘Maximum poshum est,’ as Bojo might say.

There’s a broad mixture of classes as nine TV personalities are thrown together, from the aeriated Dynasty actress Stephanie Beacham to the old-fashioned Lancashire comic Syd Little. But they all seem likeable: previous parties have included a few prickly characters who could ruin your holiday just by staying in the same resort.

Over a four-part series, the blandness of this year’s bunch might prove a mistake. The tension supplied by an awkward customer, albeit national treasures such as former Marigolders Bill Oddie and Miriam Margolyes, keeps the documentary on edge. 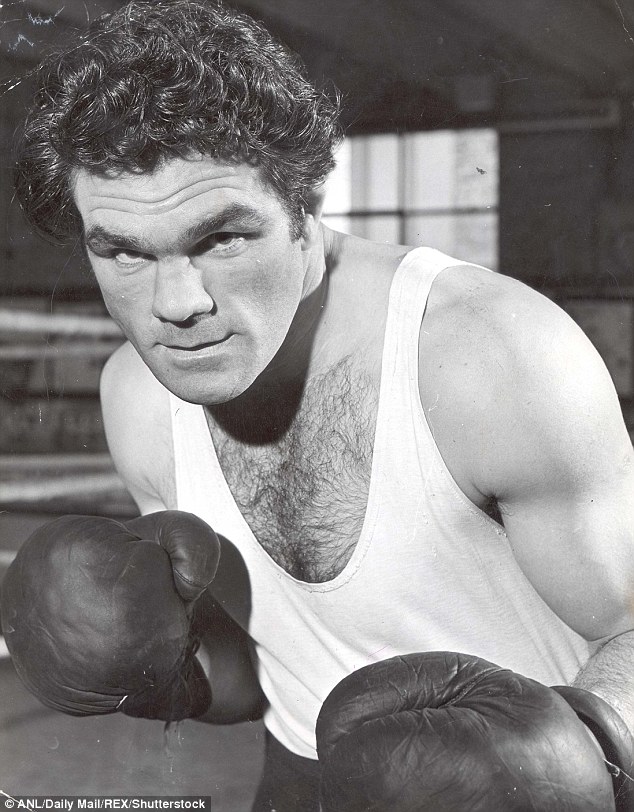 A forgotten hero of old-fashioned Britain was saluted on Murder In Soho: Who Killed Freddie Mills? (BBC4)

But for the first hour, it was refreshing to see everyone getting along. Syd, 75, was especially kindly: he befriended jockey Bob Champion when he realised the Grand National star had never tasted curry before and was struggling to eat spicy food for breakfast, lunch and tea.

The duo hatched a plan to cook an English roast dinner. At the market, bartering for a couple of chickens, Syd was horrified to see the birds beheaded before his eyes. ‘I suppose we’ll have to buy them now,’ he fretted.

Classic motors of the night

Laboured it may be, with static scenes and stiff dialogue, but there’s one good reason to enjoy The Bletchley Circle: San Francisco (ITV) — the period U.S. automobiles. From Packards to Buicks, its got some beauties.

Everyone tucked in greedily to their poultry platter. They didn’t seem to realise they were wrecking the whole point of the show, which is to discover whether retirement in India would suit them. If they can’t go three days without meat and two veg, the answer to that is ‘No’.

A forgotten hero of old-fashioned Britain was saluted on Murder In Soho: Who Killed Freddie Mills? (BBC4). With the participation of his three children, and illustrated by dozens of clips from the boxer’s home movies, this reverent documentary traced his life and investigated his murder.

Officially, it was suicide: the former world light-heavyweight champ supposedly shot himself through the eyeball with a fairground rifle, outside his nightclub, in July 1965. But there were signs of a struggle, and the rifle had been set down neatly after Mills died.

Perhaps to keep the family on board, this probe skated over seedier allegations about Mills, including reports he beat up prostitutes during sex parties. It preferred to emphasise his short-lived career as a TV star.

But the gentle treatment paid off, when a former underworld associate of Mills admitted that his father had organised the hit. Though there’s more to be discovered, this shone a valuable light on some murky history.