Brad Pitt has been linked to model Nico Poturalski since he split from Angelina Jolie in 2016.

But the Oscar-winning actor, 57, has not made dating a ‘priority’ these days as he feels he has a ‘huge cloud hanging over him’ amid his prolonged custody battle with his ex.

The Once Upon A Time In Hollywood star is ‘just not mentally ready and doesn’t know when he next will be,’ according to a Wednesday report from UsWeekly. 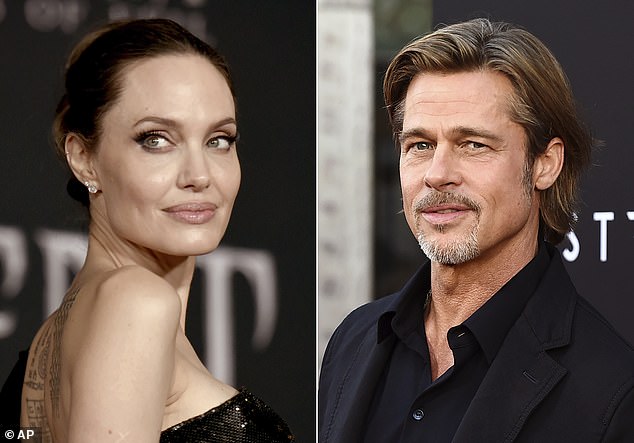 Hard to cope: Brad Pitt has not made dating a ‘priority’ these days as he feels he has a ‘huge cloud hanging over him’ amid his prolonged custody battle with his ex Angelina Jolie

It was also shared that he is trying his best to cope with every day life. ‘Brad is working hard and staying as positive as he can be right now,’ said a source.

The Fight Club actor and the Maleficent beauty split in September 2016.

Their eldest child, Maddox, is now 20.

‘This whole war with Angelina has really taken its toll [on Brad],’ the source added.

‘Thankfully he has his own incredible willpower to count on, plus a wonderful support group and the tools he’s learned in recovery when times get super tough.’ 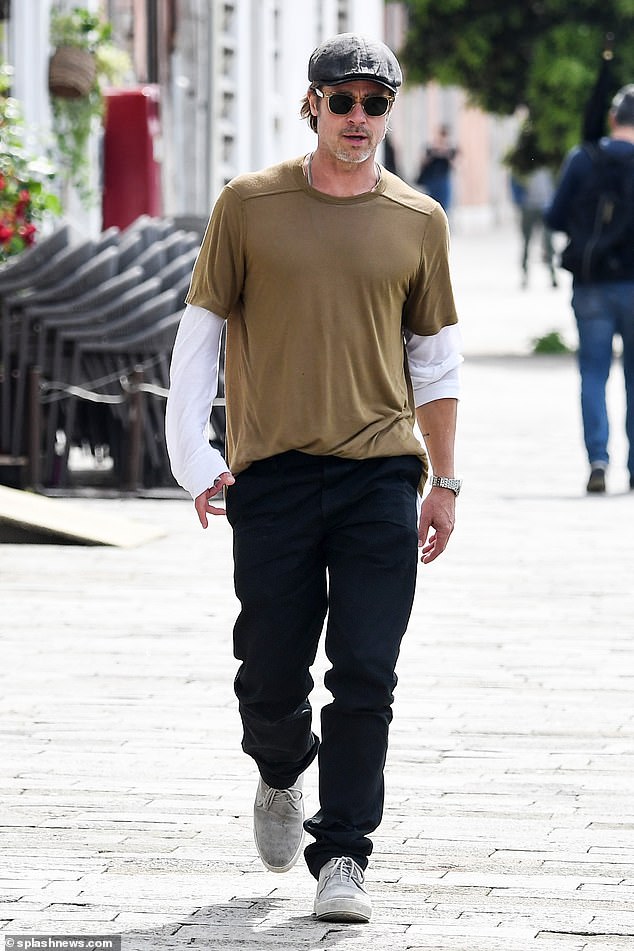 Down in the dumps? Seen in May 2019 in Venice, Italy. ‘This whole war with Angelina has really taken its toll [on Brad],’ the source added 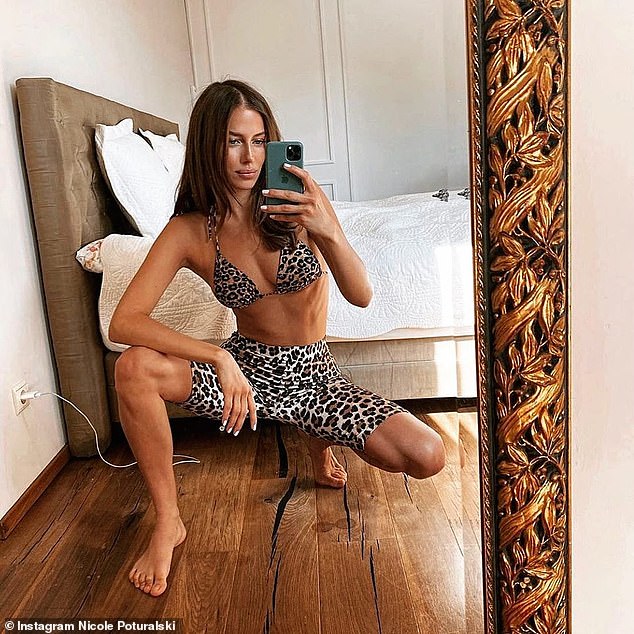 A brief romance: Pitt was linked to fashion model Nico Poturalski in 2020

Pitt also recently dropped out of the Fincher directed movie The Killer, and was replaced by Michael Fassbender.

The drama with Jolie is intense.

In late October the California Supreme Court refused Pitt’s appeal of a court ruling that disqualified the judge in his long-running custody battle with Jolie.

The actor’s legal team filed a petition to raise an objection to the recent disqualification of private Judge John Ouderkirk from their case, which effectively voided a previous ruling that granted the Troy star more time with the former couple’s five younger children. 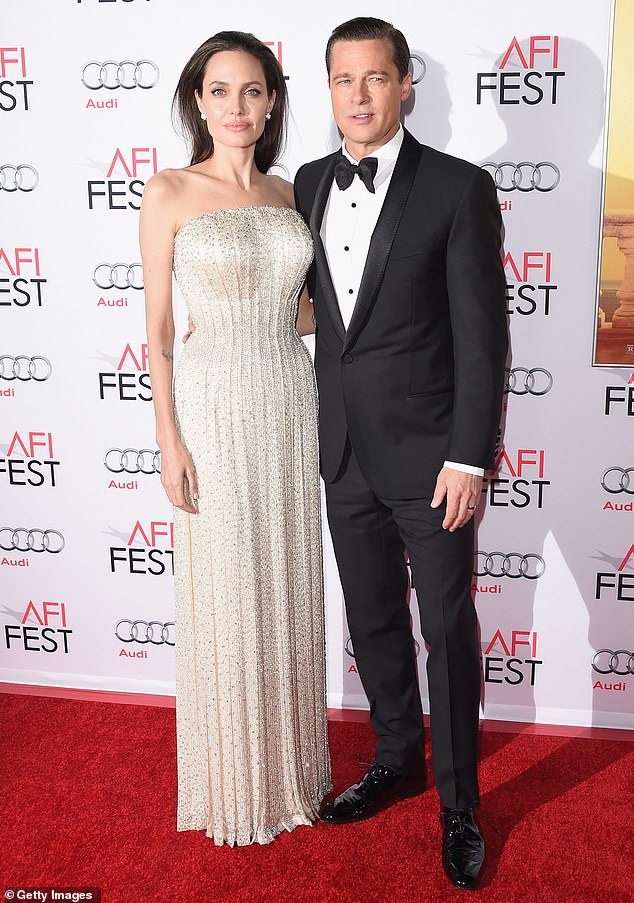 Not ready to move on: According to UsWeekly, the Once Upon A Time In Hollywood star is ‘just not mentally ready and doesn’t know when he next will be.’ Seen with Jolie in 2015, which was their last red carpet appearance together

Angelina’s team had sought to have the judge – who was hired in 2016 – removed because they felt he could be biased in his rulings as he had failed to disclose continuing or new cases he’d been hired by Brad’s lawyers to oversee and the three judges who oversaw a hearing on the matter agreed Ouderkirk’s ‘failure to make mandatory disclosures’ about the work he was doing on other cases involving the ‘Moneyball’ star’s team ‘might cause an objective person, aware of all of the facts’ to doubt his impartiality.

And after the court rejected the plea, Angelina’s attorney, Robert Olson, welcomed the decision and said his client is glad ‘that her children’s well-being will not be guided by unethical behaviour.’

He told USA Today of the court’s decision to not hear the request for review: ‘Ms. Jolie is focused on her family and pleased that her children’s well-being will not be guided by unethical behaviour. 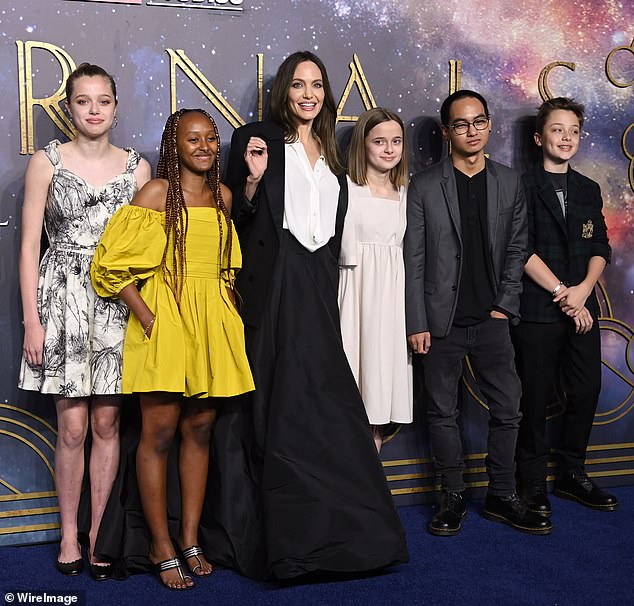 She stays close to her kids: The Fight Club actor and the Maleficent beauty split in 2016. And ever since they have been arguing over custody of Pax, 17, Zahara, 16, Shiloh, 15, and twins Knox and Vivienne, 13. Their eldest child, Maddox, is now 20. Seen on October 27 in London 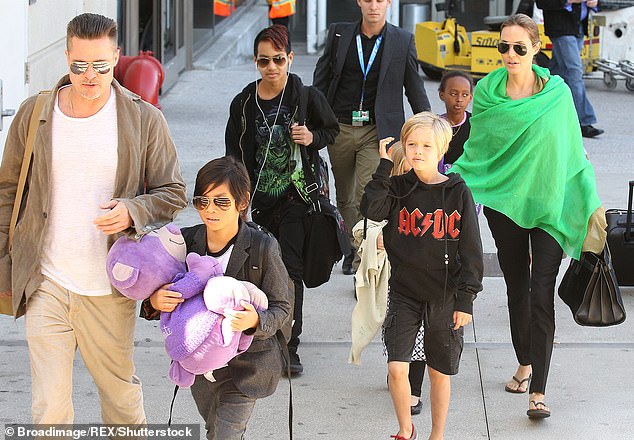 Before the split: Seen in 2014. Pitt, Jolie, Maddox, Shiloh, Pax, Knox and Zahara at LAX airport

‘As reinforced by California’s appellate courts, our judiciary prioritizes ethics and children’s best interests, and won’t tolerate judicial misconduct to reward the interests of a party. Ms. Jolie is glad for the family to now move forward cooperatively.’

The Eternals star filed for divorce back in 2016.

Brad’s team had said in a statement they wanted the review because: ‘The temporary judge, who had been appointed and repeatedly renewed by both sides, was improperly disqualified after providing a detailed, fact-based custodial decision, following a lengthy legal process with multiple witnesses and experts.’

And Angelina’s team branded the move to have the judge reinstated ‘disturbing’.

A new hit: Jolie has been working on her acting career. Her latest movie is The Eternals

Meanwhile, Jolie has been trying to help children in Yemen with the BBC.

‘One of the worst places on earth to be a child. Yemen is facing one of the largest humanitarian crises in the world. At least 10,000 children have been killed or maimed since the conflict began in 2015, and millions more are at risk of starvation.

‘What started off as a civil war has become a proxy battle for global powers, and it’s Yemenis who are caught up in the crosshairs, including more than 11 million children in desperate need of humanitarian assistance.’