She’s been granted her request to speak in court regarding her controversial conservatorship case, with a date set for June 23.

And Britney Spears certainly seemed upbeat on Tuesday, as she shared a new video detailing her new diet and workout regimen.

In the Instagram clip, the pop superstar, 39, modeled two different bikinis – one fuchsia and one orange – as she danced on the patio at her mansion. 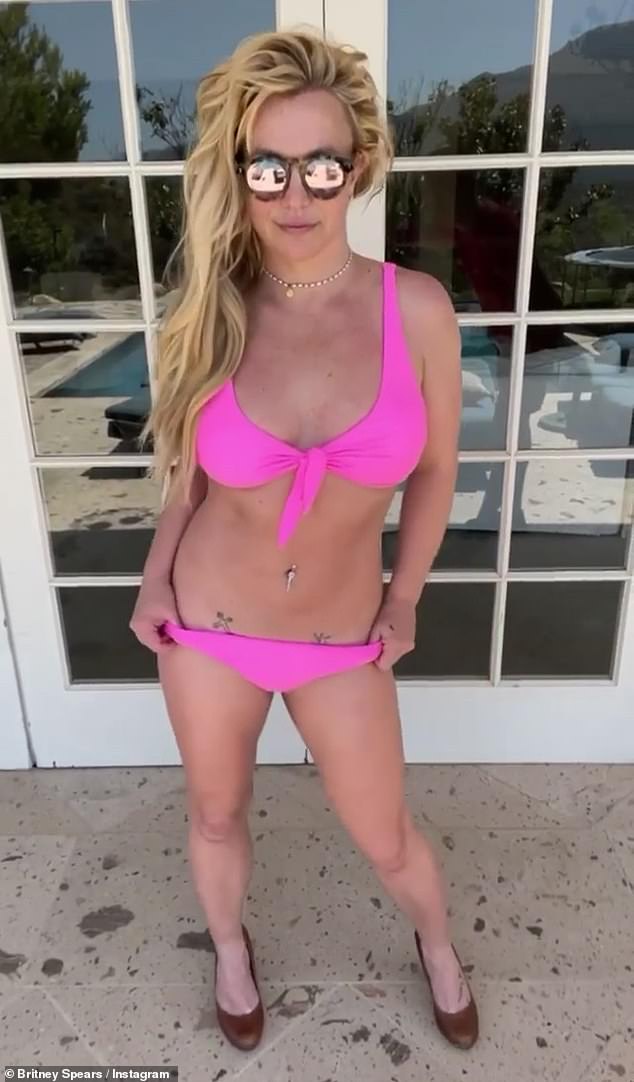 Happy: An upbeat Britney Spears showed off her bikini body in an Instagram video on Tuesday – after being granted permission to address the court in conservatorship battle

Britney flaunted a lot of cleavage in the skimpy two-pieces, and pulled down the top of her bikini bottoms to show off the tattoos on her panty line.

Her long blonde hair was loose and swept back from her forehead and she wore a pair of brown heels that boosted her petite frame.

The singer completed her look with tortoiseshell-framed sunglasses and a choker necklace. 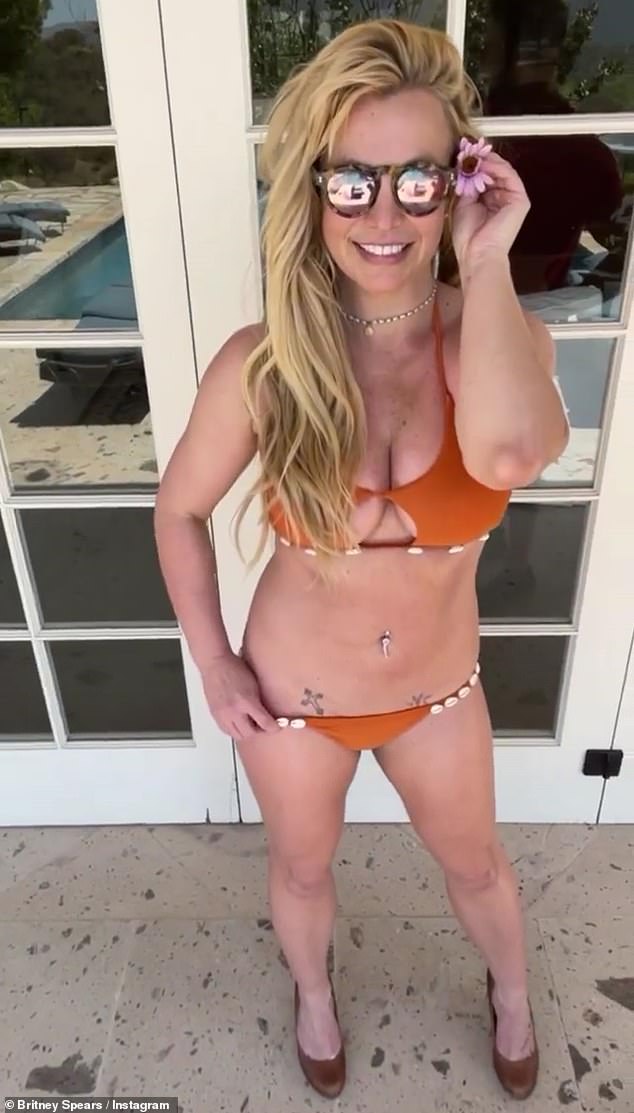 Fun in the sun: In the Instagram clip, the pop superstar, 39, modeled two different bikinis – one fuchsia and one orange – as she danced on the patio at her mansion

In the caption alongside the video clip, Britney posted a long message to her fans about how she recently decided she needed to do more to stay in shape.

She revealed she’d been inspired into taking action by her personal trainer beau Sam Asghari, 27, whom she’s been dating for four years.

‘In the past two weeks I’ve said that’s it … I have got to get in shape considering my boyfriend’s body is hotter than hot !!!!’ the Toxic hitmaker began.

Wow factor: Britney flaunted a lot of cleavage in the skimpy two-pieces, and pulled down the top of her bikini bottoms to show off the tattoos on her panty line 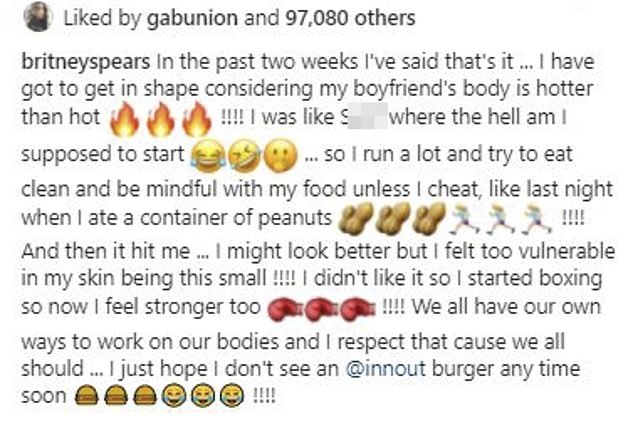 New regimen: In the caption alongside the video clip, Britney posted a long message to her fans about how she recently decided she needed to do more to stay in shape 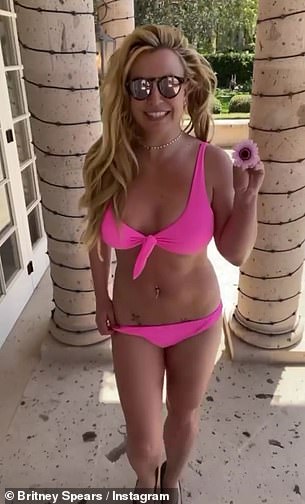 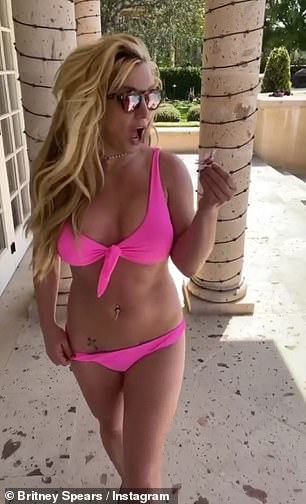 Having fun: Britney posed for the camera in a fuchsia two-piece and picked a pink flower as she danced around in the clip

‘I was like S*** where the hell am I supposed to start … so I run a lot and try to eat clean and be mindful with my food unless I cheat, like last night when I ate a container of peanuts!!!!’

Britney went on: ‘And then it hit me … I might look better but I felt too vulnerable in my skin being this small !!!! I didn’t like it so I started boxing so now I feel stronger too!!!!’

She then concluded: ‘We all have our own ways to work on our bodies and I respect that cause we all should … I just hope I don’t see an @innout burger any time soon!!!! [sic]’ 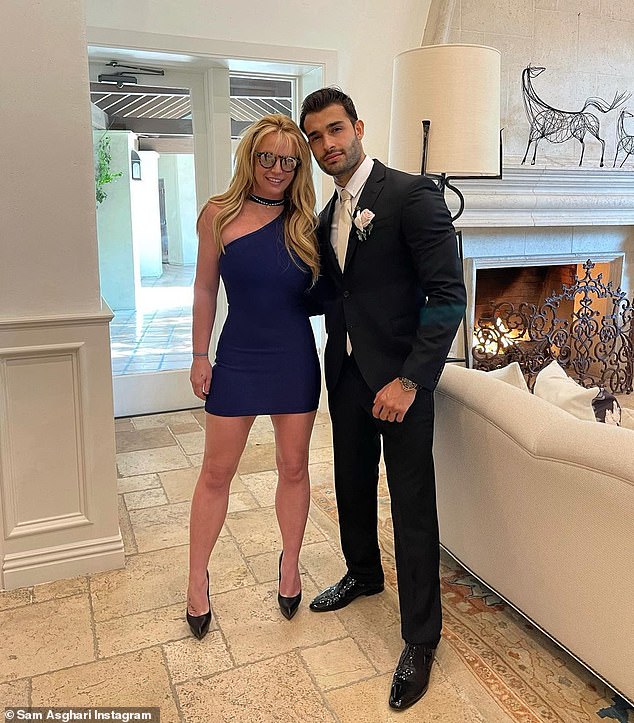 Cute couple: She revealed she’d been inspired into taking action by her personal trainer beau Sam Asghari, 27, whom she’s been dating for four years

Britney’s post comes as her continuing her legal battle to have her ongoing conservatorship changed enjoyed a minor victory on Tuesday.

The judge in the case agreed to a request presented at a court hearing in LA by Britney’s lawyer Sam Ingham III in which the singer expressed her desire to ‘address the court directly’, according to CNN.

The lawyer didn’t elaborate on what she plans to speak about, only that it would concern the ‘status of the conservatorship.’

The hearing has been scheduled for June 23 at 1:30pm PT at Stanley Mosk Courthouse in Los Angeles. 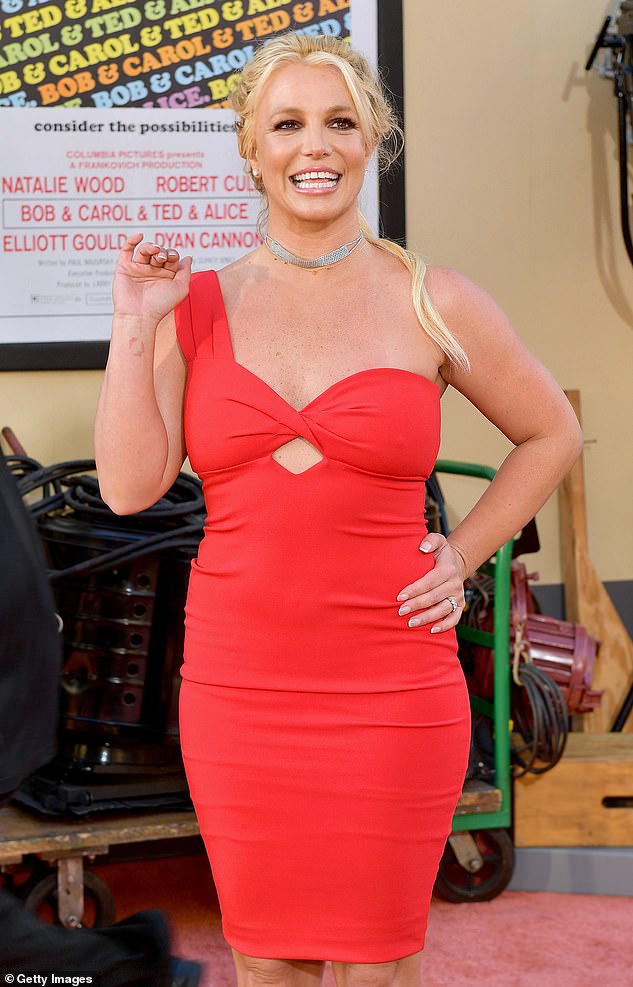 Have her say: The pop star enjoyed a minor victory on Tuesday when a judge agreed to let her address the court at an upcoming hearing about her conservatorship (pictured 2019)

This breakthrough comes after reports that Britney’s parents are locked  in a bitter battle over their daughter’s wellbeing, with father Jamie accusing mom Lynne of ‘exploiting their daughter’s pain and trauma’ in new court docs.

Lynne, 65, who divorced Jamie, 68, in 2002 after 30 years together, is raising questions about the fees he makes as their daughter’s conservator as well as querying the sky-high legal bills for his attorneys, said to be around $2 million.

But in a new filing obtained by The Blast, Jamie has hit back at Lynne saying she has ‘not been involved in their daughter’s conservatorship until very recently’ and therefore has ‘no knowledge’ of the fees in question.

To make matters uglier, Jamie says in his filing that Lynne ‘is the one who exploited her daughter’s pain and trauma for personal profit by publishing a book,’ about Britney.

In 2008, following Britney’s well-documented meltdown, Lynne released Through the Storm: A Real Story of Fame and Family in a Tabloid World, a memoir that detailed their turbulent times as a family.

Jamie adds in his filing that Lynne is ‘causing undue delay and expense in the administration of the Conservatorship, and ironically, stirring up more unnecessary media attention.’

He is also claiming that Lynne inadvertently shared information with the lawyers of Sam Lutfi, Britney’s former manager who she now has a 5-year restraining order against.

‘Whether it was an intentional act or a careless error, this again evidences that Lynne Spears is not acting in the best interests of the Conservatee,’ Jamie states in his latest filing. 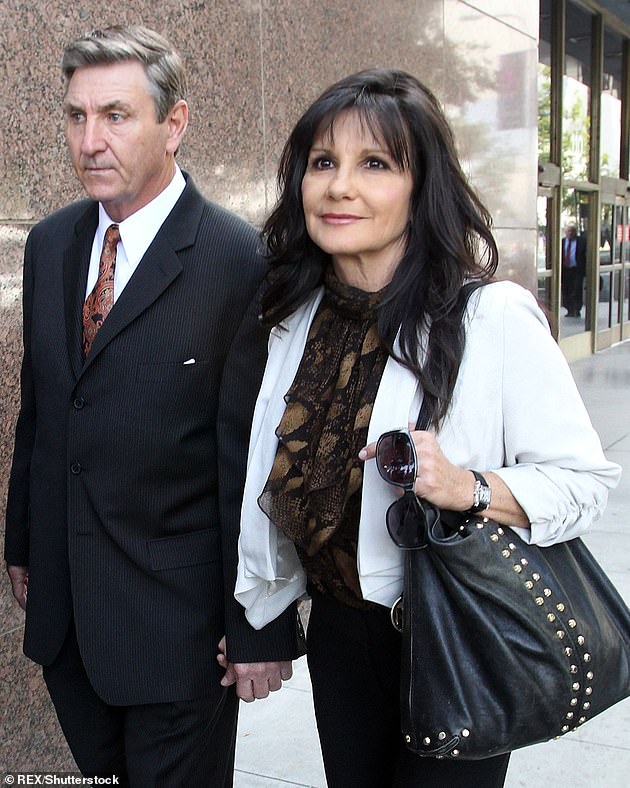 Warring: Britney’s father Jamie Spears has accused her mother Lynne Spears of ‘exploiting’ their daughter (the pair pictured together in 2012)

Lynne is questioning large sums of money that Jamie’s law firm is charging for just four months, and claims that some of the legal work done was to repair Jamie’s image in the media, as opposed to the benefit of Britney.

She is requesting that at least $224,000 should be ‘immediately repaid’ to Britney’s estate.

Brtiney has been held under the conservatorship for 13 years following her much publicized breakdown – leading fans to launch the #FreeBritney movement to back her fight to have autonomy over her finances.

A judge ruled that Britney’s father and the Bessemer Trust will maintain equal power over the star’s vast $60million fortune.

In the wake of the ruling, Jamie’s legal team have insisted the judge’s decision proves he isn’t out to cause any harm to his daughter.

Jaime was appointed to the role in 2008 after she was hospitalized for psychiatric treatment.

Currently his conservatorship means Britney cannot make any financial or professional decisions without her father’s approval. 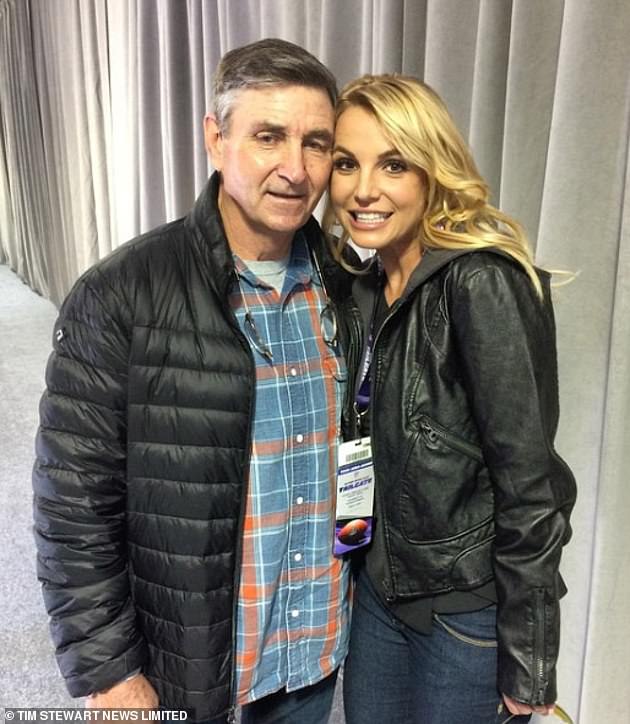 Tough act: Jamie maintains that he has had an impeccable track record handling his daughter’s affairs (pictured in 2015)