Britney Spears would prefer to keep to herself. She’s known for being friendly to fans (though she does like to be asked before being hugged). But behind the scenes, the pop sensation is actually “very sensitive,” Spears confessed to the Associated Press in May. “Sometimes I just want to run away because I’m very shy.” That fear instantly disappears when she steps on stage. “I think it’s an escape because honestly with how shy I really am, I don’t think it’s healthy,” she continued, adding that performing “is a boost to my confidence. It’s like an alter-ego type thing. Something clicks and I go and turn into this different person. I think it’s kind of a gift to be able to do that.”

Off stage, she’s found that same confidence boost in boyfriend of nearly two years Sam Asghari. Since the Grammy winner, 36, and the 24-year-old Iranian model got serious, “he’s become a stabilizing force in Britney’s life, without stifling her or trying to make her into someone she’s not,” says a Spears source. “He accepts her for who she is, which has been a struggle for Britney in the past.” 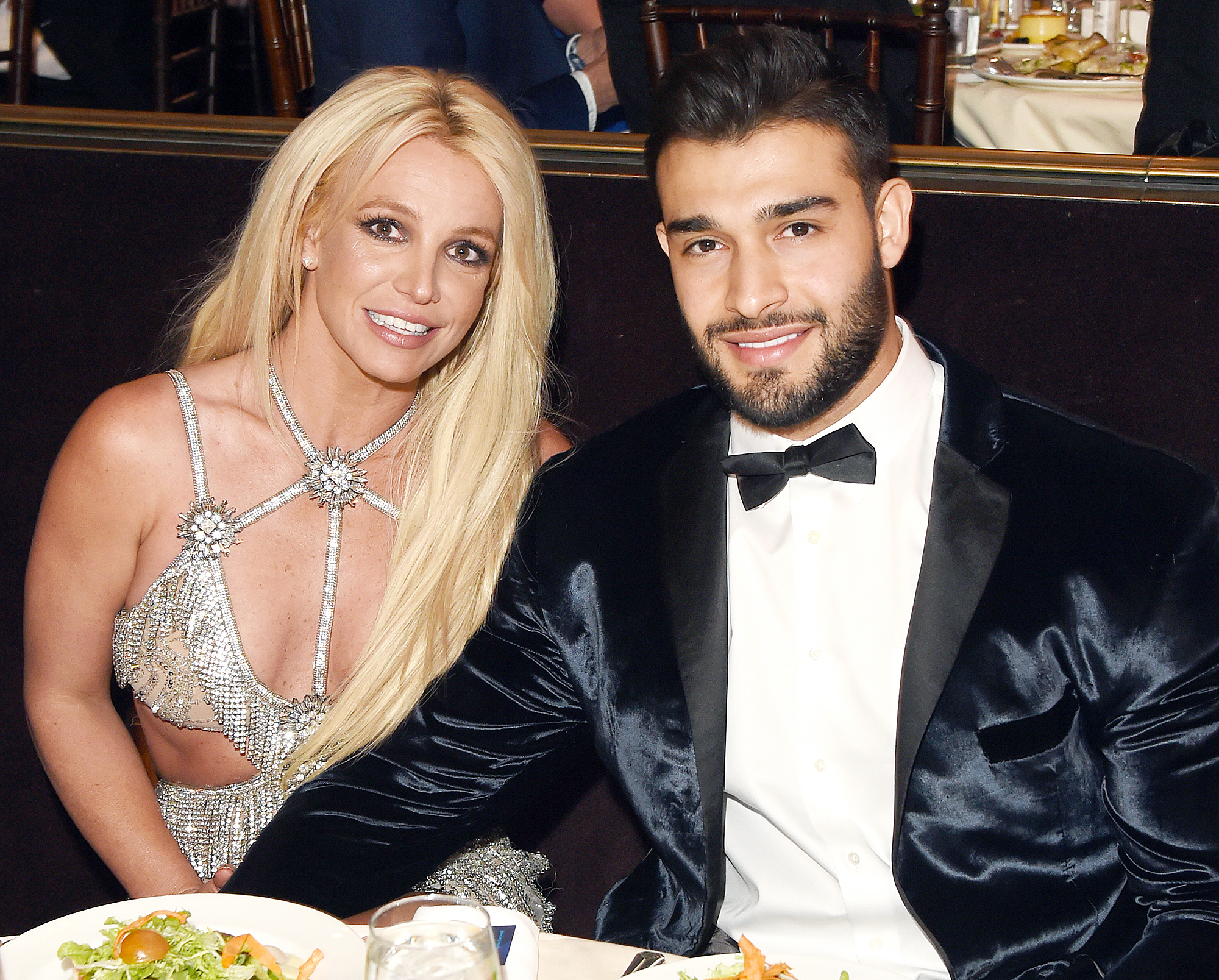 More importantly, the fitness guru makes the mom of sons Sean Preston, 12, and Jayden James, 11 (with ex Kevin Federline), want to be better. Adds the insider, “Britney’s relationship with Sam has truly given her a purpose and a joy she never had with any other man in her life. She’s living her best life yet.”

Spears and Asghari met by chance in 2016. Filming her sensual “Slumber Party” music video together, “their chemistry was just off the charts,” says the insider. “She was actively flirting with him during the shoot.” And unlike in her last romances — with agent Jason Trawick and law firm associate David Lucado — the connection was an organic one.

Love when we go to our favorite spot on Sundays ?? The boys are bigger than me now!!!!! ?

Love when we go to our favorite spot on Sundays ?? The boys are bigger than me now!!!!! ?

“Britney didn’t have anyone setting her up,” says the source. “David and Jason weren’t necessarily Britney’s type.” This time, she took matters into her own hands. “She gave Sam her phone number and told him she expected a phone call,” says the source. “Sam called her that night and they talked on the phone for more than two hours.”

Their 12-year age gap has hardly been an issue. “It’s never concerned Britney,” says the source. “Sam makes her feel so young.” His easygoing vibe has given her a sense of comfort she thought she’d never find. “Sam is a great influence on Britney,” says the Spears confidant. “He’s stable and positive. She didn’t think she’d find her soul mate, but Sam is indeed just that.” 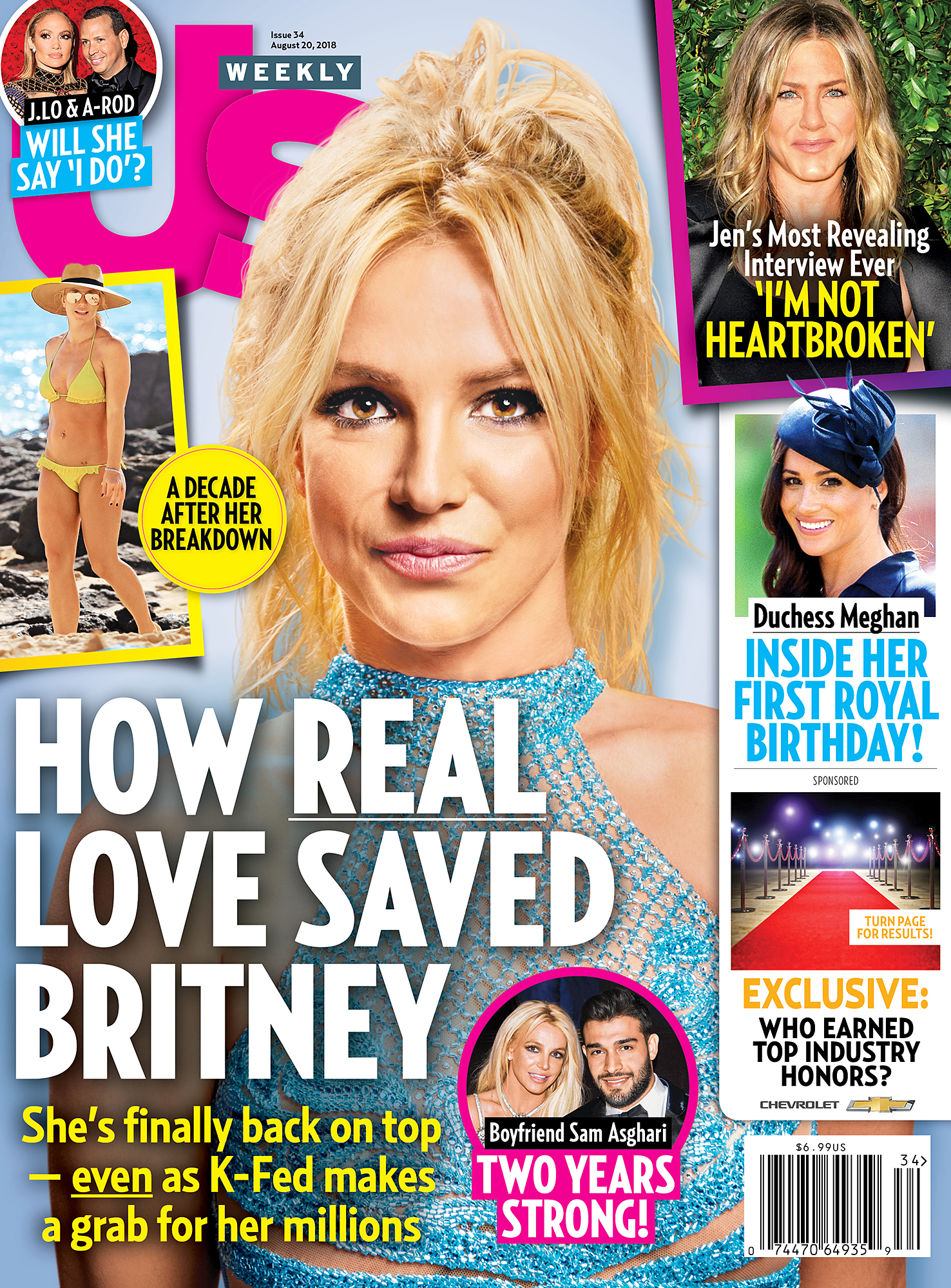 Their relationship has proven to be literally her healthiest yet. Thanks to the personal trainer, “she’s in the best physical shape of her life,” says the first source. Spears has had an influence on his health, also. Once overweight, the 6-foot-2 model dropped more than 100 pounds in just six months back in 2013. Today, according to the source, Britney “inspires Sam on a daily basis.” Chalk their happiness up to a quieter lifestyle. “She’s really simplified her life and is glad to be out of the spotlight,” says the source. “She loves being just outside of L.A., where it’s calm and quiet. She’s very happy.”

For more on Spears and Asghari’s romance — and her ongoing legal battle with ex Federline — pick up the new issue of Us Weekly, on newsstands now!