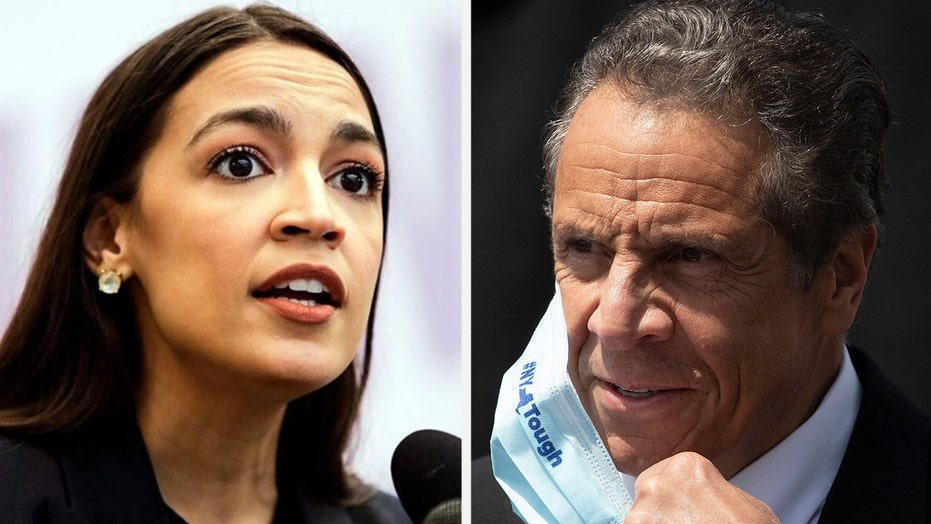 AOC, Cuomo in battle over billionaires in New York

"She better run for president when she turns 35," the “WAP” rapper wrote of Ocasio-Cortez after seeing a video of the New York congresswoman dancing to her song “Bodak Yellow” while discussing access to dental care.

In this election season, both Cardi B and Ocasio-Cortez supported U.S. Sen. Bernie Sanders, I-Vt., for the Democratic presidential nomination until Sanders ended his candidacy.

Ocasio-Cortez, 30, will just meet the presidential age requirement for the 2024 election.

On Friday, she posted an Instagram Story, showing off the new clear plastic retainer she got to straighten her teeth – while dancing to Cardi B.

"I had to GET ELECTED TO CONGRESS for me to afford dental treatment," Ocasio-Cortez, who won her Bronx seat in 2018 after upsetting longtime Democratic incumbent Joseph Crowley in a primary and then later beating a Republican. "This is my first time having health insurance in years, and even THEN it didn't really cover the cost of this — but it did cover other doc appts so I could more easily save."

"In other words, I got a bag and fixed my teeth. EXCEPT YOU SHOULDN'T NEED A BAG TO FIX YOUR TEETH, GET INSULIN, GET HEALTHCARE,” she wrote, quoting a line from the song.