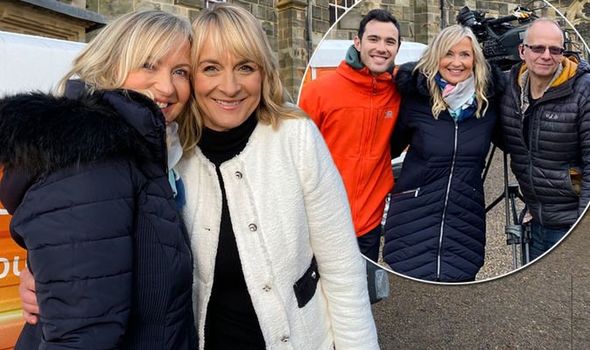 The popular television personality took to social media throughout the day to document the trip and share pictures with her 165,800 Twitter followers.

Former Strictly Come Dancing star Carol could be seen posing with the BBC Breakfast team outside the beautiful venue, which was reopened just over a week ago following a three-year restoration.

The smiling weather presenter was suitably dressed for the cold November day in a puffy navy blue coat with fluffy trim worn over black trousers.

Wearing her blonde her loose and styled in soft curls, Carol sported glam make-up when she posed with the “lovely gang”.

She completed her seasonal look with a pretty silk scarf, which she later revealed was a gift from her co-star Louise Minchin, 51, who was also on set.

Sharing a picture of the duo in the morning sunshine, Carol asked her followers: “Like my new scarf?”

Taking to her own account, in view of her 170,100 followers, Louise added: “What a treat to spend time with @carolkirkwood”. 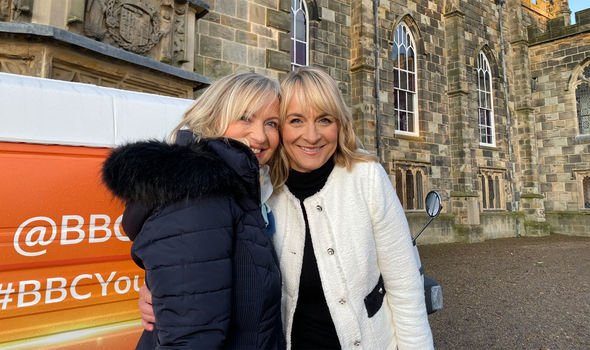 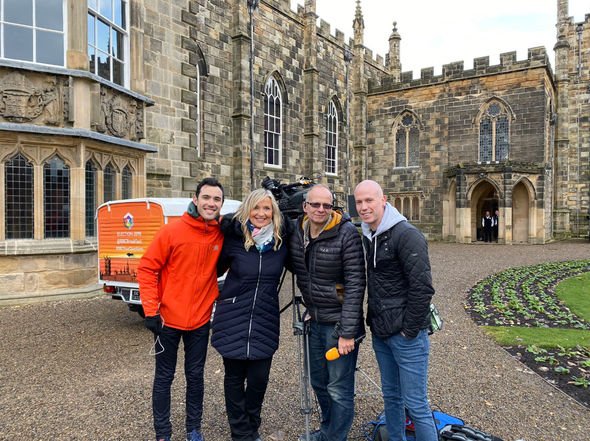 Clearly enjoying her day at the castle, which was once the home of the Prince Bishops of Durham, she told her followers: “Love working with these guys @BBCBreakfast”.

She even added the hashtag “#lovemyjob” to one of the posts.

The Auckland Project, which is a new initiative behind the castle’s renovation, is hoping to transform market town Bishop Auckland into a leading tourist destination. 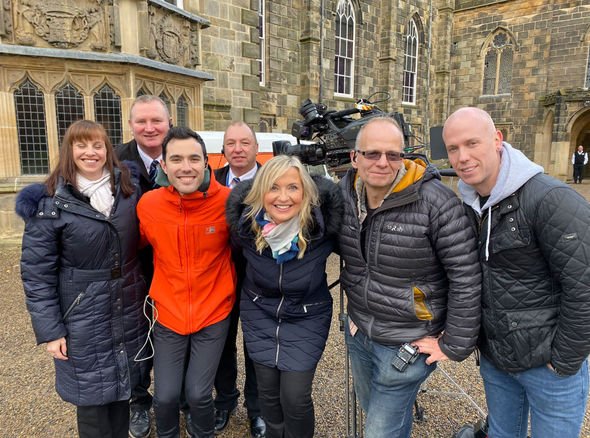 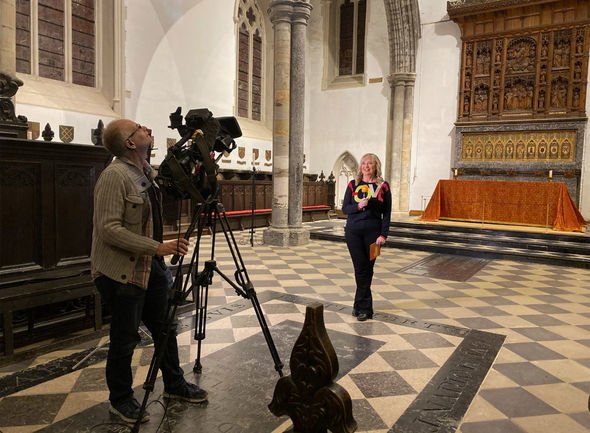 They Tweeted: “It’s a busy morning! @BBCBreakfast is airing from Auckland Castle and we’re on @bbc5live. Take look at some exciting pictures our team have captured.”

One image shows Carol holding a microphone and standing in front of a cameraman in St Peter’s Chapel.

The presenter removed her coat to reveal a jumper with the word ‘love’ written in colourful letters teamed with her form-fitting black trousers.