Ready for change? Cheryl Burke opened up about her friendship with Tom Bergeron and how he’s coping after being cut as the host of Dancing With the Stars ahead of season 29.

“It’s heartbreaking,” Burke, 36, exclusively told Us Weekly on Monday, August 3, while promoting her Diamond Art Club collection. “Tom is like my dance dad and that’s what I would call him on set, you know? And he was there for our wedding and he’s been a part of my life for 15 years.”

The DWTS pro added: “It’s never easy. I mean, I never thought that that was going to happen. I know that Tom will be a part of my family [forever].” 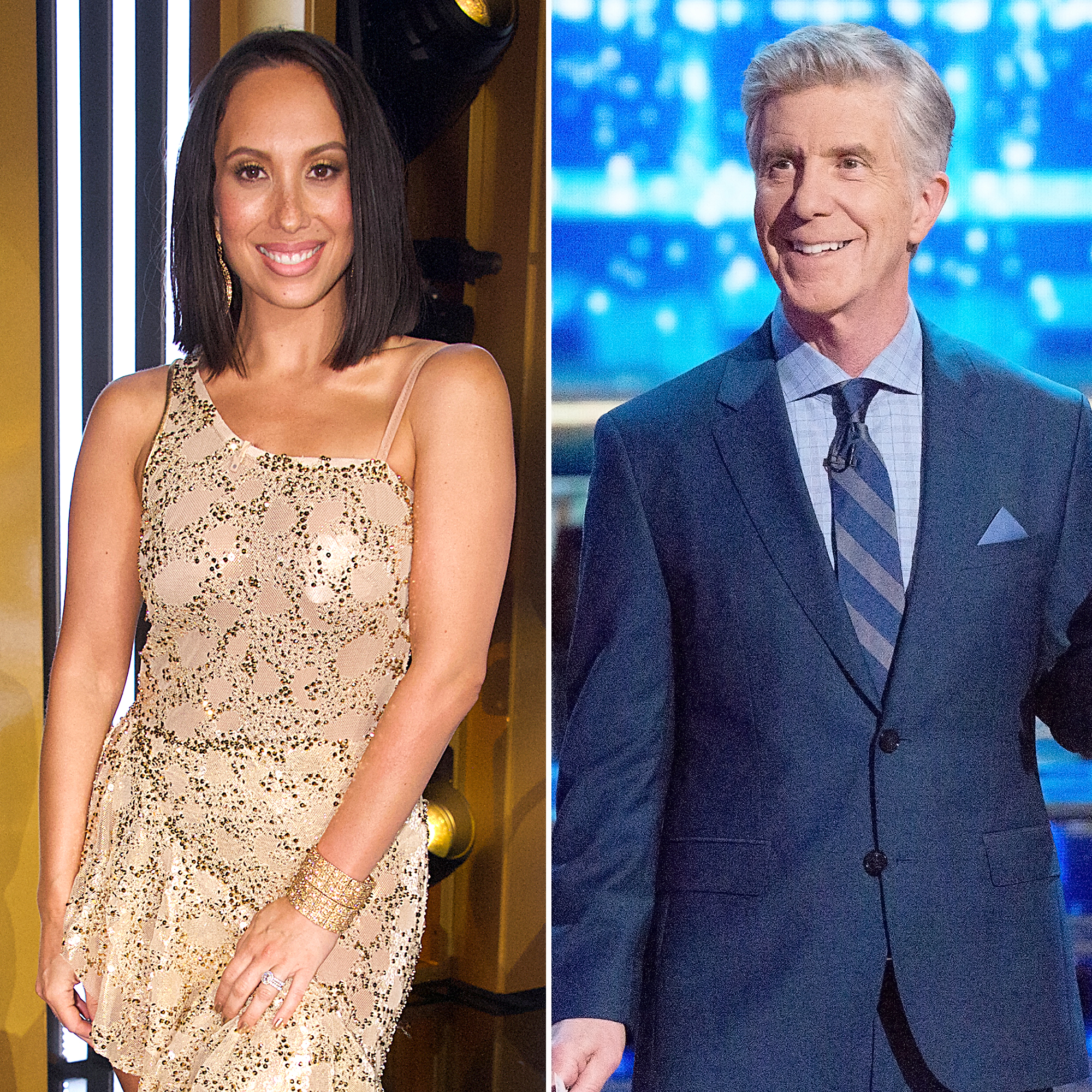 After being let go as the dancing series’ host (after 15 years) alongside Erin Andrews on July 13, Bergeron, 65, isn’t dwelling on the negatives.

“You know, he’s great. I mean, he’s got such a great attitude,” the California native told Us. “He’s super positive about, about it all.”

The former Dancing With the Stars: Juniors mentor explained that Bergeron has been “one of the mentors for me that have helped me with meditation,” because he did mediation before every live show.

Every ‘Dancing With the Stars’ Pro Through the Years: Where Are They Now?

“Tom taught me a lot and has mentored me kind of throughout my career,” Burke added. “So  as far as friendship and connection and consistently communicating, that’s always going to happen with us.”

ABC announced Tyra Banks as the show’s new host and one of its executive producers one day after Bergeron and Andrews’ departure news broke.

“I think Tyra is going to be great. I mean, she is so full of energy and she’s already, like, she’s got that whole head whip thing ready to go,” Burke told Us. “She’s so full of personality.”

Burke wasn’t the only DWTS star that expressed shock over the hosting switch-up. Alfonso Ribeiro told Us in July that he considers the former cohosts “the backbone of the show.” Peta Murgatroyd seconded that sentiment, telling Us, “I was shocked. I was sad.”

While waiting for word on season 29’s premiere date, Burke has been focused on other ventures amid the coronavirus pandemic — including her newly launched collection of creative kits with Diamond Art Club.

“This has been something that I’ve been, like, very much in tune [with], especially during quarantine, because super therapeutic,” the TV personality told Us about her new pastime. “I mean, the time flies when you’re doing something like diamond painting and, you know, I just thought why not share it with the world really?”

‘Dancing With the Stars’ Winners Through the Years: Where Are They Now?

She explained that the art form, which is a combination of cross-stitch and paint-by-numbers, is “just very relaxing.”

Burke’s collaboration includes four art pieces selected by the dancer, all of which represent a specific emotion. They can be seen on her Instagram Live series and YouTube channel.

With reporting by Christina Garibaldi