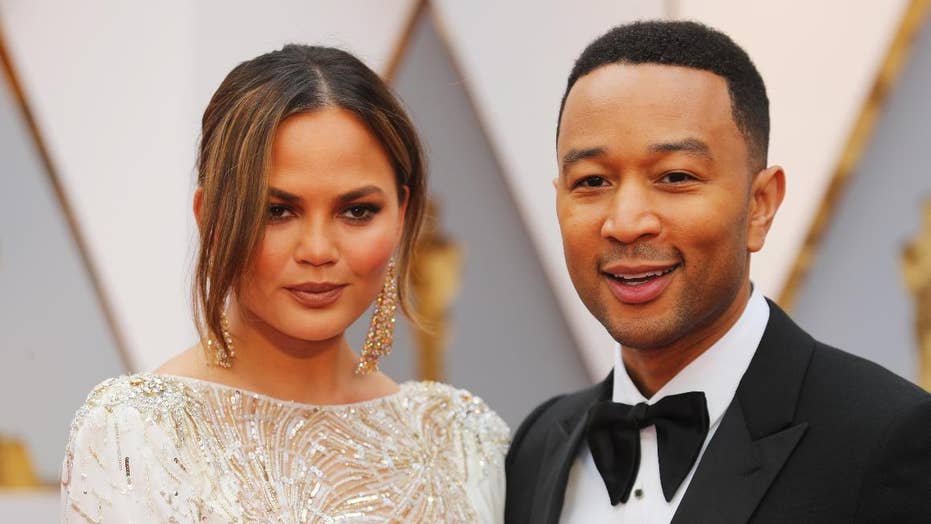 Chrissy Teigen and husband John Legend tried to make the best of a horrendous 8-hour plane ride after being turned around mid-flight because an unknown person was found on board. Pictures with passengers, Yoda and ramen all made an appearance as the supermodel live-tweeted her entire ordeal.

When it comes to parenting, Chrissy Teigen isn’t afraid the be the “bad guy” — and neither is her husband, singer John Legend.

Teigen, who shares two children with Legend — Luna, 3, and Miles, 11 months — recently opened up to People regarding her and Legend’s parenting roles, especially as Luna gets older.

“Luna thinks she can get away with things with us or take things to certain people,” the model, 33, told the magazine.

Teigen went on to say her mother, Vilailuck Teigen, who Luna refers to as Yai, also helps to enforce the rules with Luna, even when the little girl hopes her grandmother will take her side. 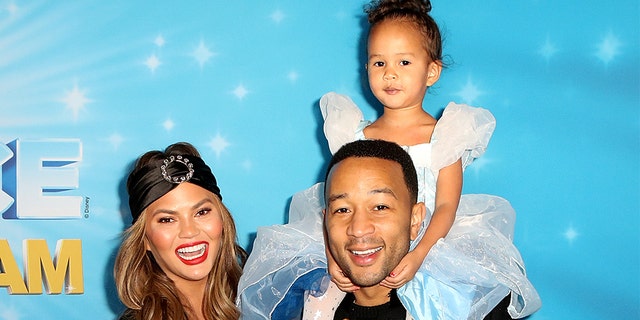 “You just have to be on the same page all the time, because it’s not fair when there’s one bad person [or] a bad guy,” Teigen said.
(Getty)

“[Luna] will ask Yai — my mom — if something’s okay and she’ll say, ‘No.’ Then she’ll come to me and expect a different answer. I’m like, ‘No, we’re all in this together. Sorry, we’re on the same page. If Yai says you need to apologize for this, I’m gonna say the same thing,” she explained.

“I’m not gonna hold you and coddle you through it,” added Teigen. “So we’re all pretty good about having open conversations about things with Luna and being on the same page.”

That said, Teigen did admit Legend, 40, has a tendency to be the “easier” parent, using dinner time as an example.

“And when you talk to the kids you’re really talking to your husband,” Teigen continued, joking. “You’re like, ‘Well, you shouldn’t have had that 20 minutes before dinner because Mommy is making fish sticks, but I guess you’re gonna be a little full now!”

Teigen —  who also told People that Luna is good friends with singer Kelly Clarkson’s 4-year-old daughter, River Rose — said she’s interested in having another child — but not anytime soon.

“It’s definitely not in the cards right now because I feel like I’d miss out on Miles. Luna was a great age because she was growing up, she was speaking, and we knew that another baby could fit into the mix,” she said, adding she “definitely want[s] another child but definitely not now. I think we’re gonna space this one a little longer than the two of them.”