Before long, every other show on TV will be a fast-paced, fly-on-the-wall documentary following the lifesavers of Britain’s emergency services.

In fact, we may already have reached that point.

This year has seen series about paramedics, doctors and nurses battling the Covid-19 pandemic, traffic cops, lifeboat men and murder detectives. Earlier this week it was the turn of Devon and Cornwall police, struggling to prevent people trafficking through West Country fishing ports.

Now 24 Hours In A&E (C4) returns for its umpteenth season, watching the dramas unfold in the emergency room at St George’s, London, and teasing out the human stories behind the medical crises. 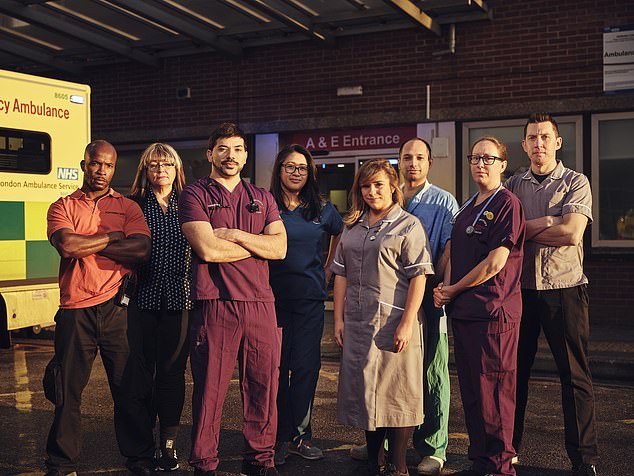 The show had a couple of melodramas to begin with, both on the theme of fatherhood. Dad Grant’s love of fast motorbikes hadn’t been quelled by a high-speed smash years ago. But all his nightmares piled up when he and his 22-year-old daughter Hazel were out for a Sunday ride.

Grant glanced in his mirrors — and Hazel was gone. Another vehicle had clipped the rear of her bike, hurling her into the central reservation of a dual carriageway.

Off-beat concept of the week: How do you cope with a talent like Maisie Williams, runaway star of Game Of Thrones?

The odd comedy-drama Two Weeks To Live (Sky 1) gives her a bucketlist, a gun and a box of her dad’s ashes. Let’s see what she does with that lot.

The young woman, a British Transport police officer, was badly bashed about, but survived to make a full recovery. Sitting in front of the camera, Grant’s emotions flooded out.

He seemed deeply relieved to describe his unhappy childhood, his distant relationship with his father and his determination to be a better dad for his own children.

Any health crisis can trigger that therapeutic unburdening of memories. As a reporter, I’ve encountered it many times, and I know I’ve often done it myself — I call it my Ancient Mariner syndrome, that need to grab someone by the lapel and pour out a story.

The story told by 85-year-old John’s three children would take some beating. As their dad lay seriously ill with internal bleeding after a fall, they remembered their shock in the Seventies when he and their mum split up.

After a few weeks, there was a reconciliation and John, a former Army athlete, returned to the family home. The children were not told the reasons and didn’t dare ask.

It was 30 years before they caught a hint of the truth . . . when their half-sister, John’s secret daughter, got in touch with the family.

The old fellow slipped away, the day after admission to A&E. To see him lying there, calm but a little bewildered, nobody could have guessed at the dramas of his long life. That’s why we need these stories. 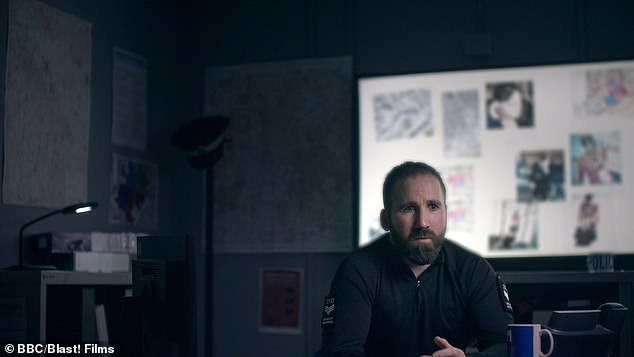 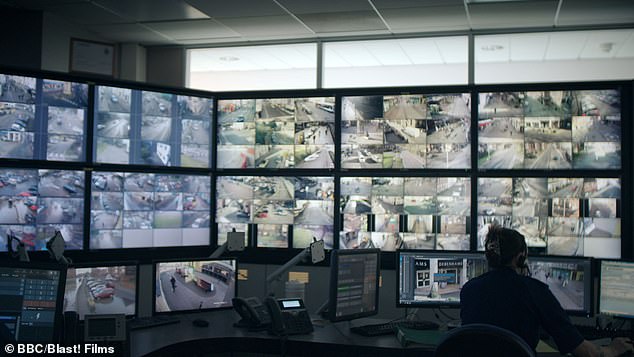 Pictured above: BBC1’s ‘Reported Missing’, which follows live police searches for missing people and details the quick thinking necessary in such investigations

All the tales underlying the manhunts in Reported Missing (BBC1) could be summed up in two words: drug abuse. Gloucester police were doggedly searching for two men, whose absence was spotted by clinics trying to help them beat addiction.

One, James, left rehab in a wheelchair to score heroin. The other, Aaron, had been turfed out of his sister’s home after his drug habit put her children at risk, and hadn’t been seen at his walk-in centre for months.

The professional compassion of officers, as they questioned homeless sleepers and addicts in squalid dens, was impressive.

They tracked down both men, arresting one for theft and urging the other to return to hospital. Both seemed beyond repair — but it isn’t the job of the police to give up hope.

We had a pitiful glimpse of what happens to those who can’t be helped, when a body was discovered in a sleeping bag, huddled against a wall beside a wood. These documentaries may be endlessly interesting and varied, but they aren’t always easy viewing.