Miriam And Alan: Lost In Scotland

Why did potty-mouthed Miriam Margolyes never join the Carry On gang?

With her distinctive looks and non-stop innuendoes, she would have been the perfect foil for Kenneth Williams and Co.

Like Barbara Windsor, she’s just 4 ft 11 in tall. Completely unalike in every other way, the two of them could have played twins . . . a pair of ‘sex thimbles’ for Sid James to lust after. 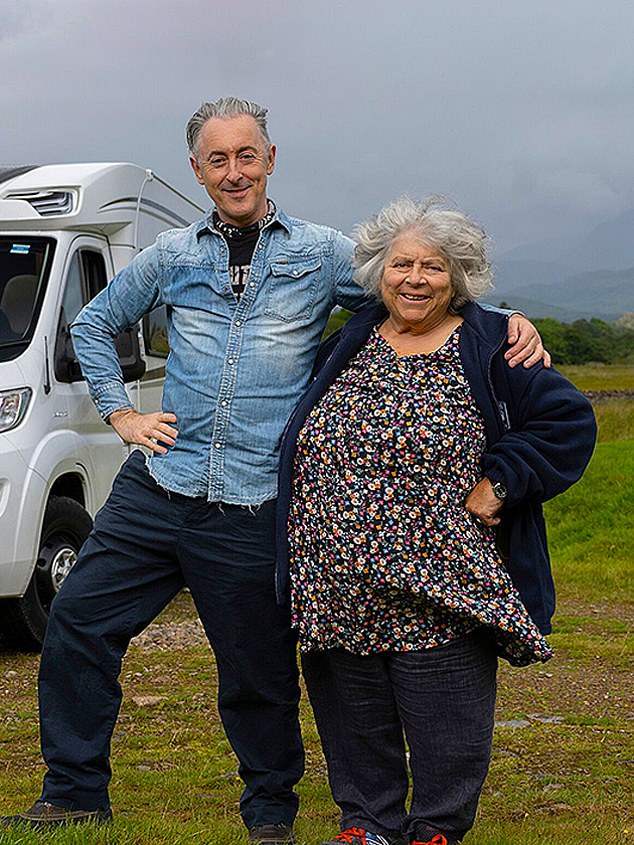 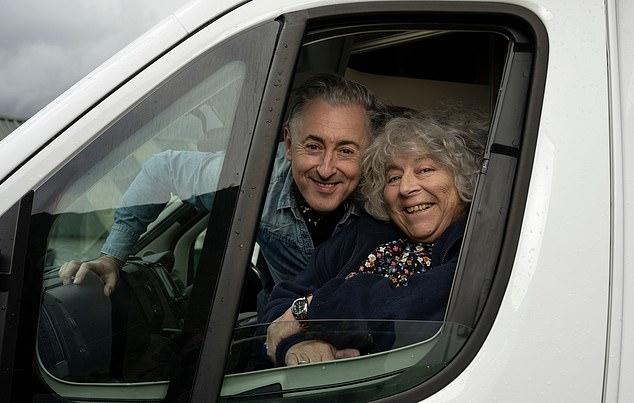 Before she even got into the examiner’s car, she added, ‘I felt that soft rustle of silk sliding down my leg.’

How the two flamboyant thesps know each other was not made clear, though they did the Graham Norton Show together last year.

They cooed over each other like a wicked auntie and her favourite nephew, but that might have been an act. Maybe Channel 4 bosses simply had a spare camper van and fancied making a travelogue with a national treasure and a Hollywood star exploring their Scottish roots. David Tennant and Maggie Smith weren’t available, so this was the next best thing.

Dame Maggie wouldn’t supply the constant stream of smut and toilet jokes — giggling over the ‘vibrators’ on a loom in a tartan mill, or straddling a park bench with a cry of: ‘I haven’t had a legover for a while.’

Miriam needed a wheelchair for some of the forays. As they trundled along, she boomed: ‘We can go as far as we like — as the actress said to the bishop.’ No wonder Alan was looking frayed well before the end of the first hour.

His own childhood in rural Scotland was hideous, and as he revisited the home where he grew up with a violent, bullying father, he evidently wanted to talk about it — how his dad cropped his head with sheep shears and imposed bizarre punishments, like having to mow the lawn in the dark.

Standing in the garden, afraid to go into the house itself, Alan said: ‘Some of the most traumatic things in my life happened in that shed.’

We learned no more. Miriam didn’t know how to draw him out. All she could do was talk about herself, and have a little cry. Alan ended up comforting her. 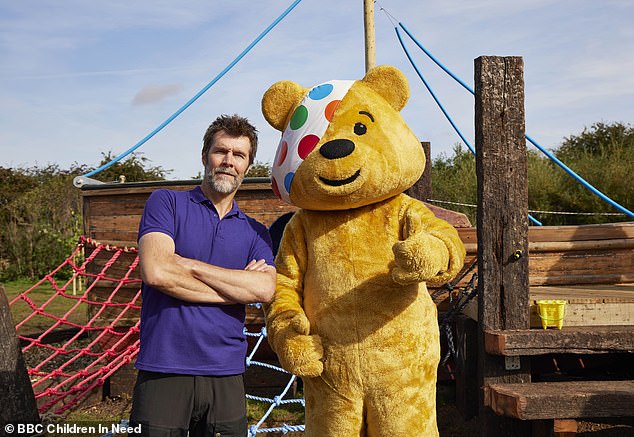 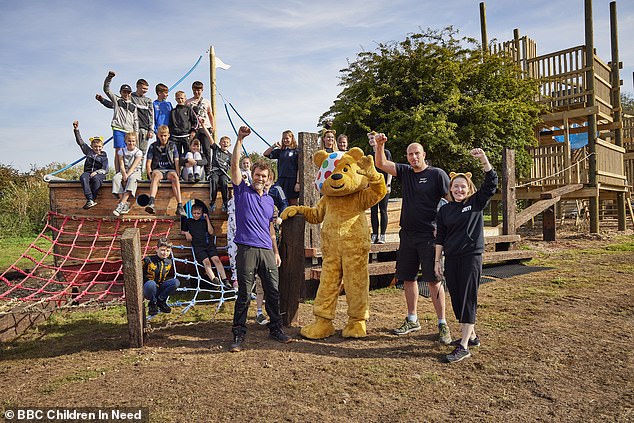 It was a frustration, as was the heavily milked section on Cawdor Castle, where Alan’s ancestors once worked as servants.

Throughout the episode, we were kept in suspense, waiting to find out if a DNA test proved he was related, through some long-forgotten backstairs fling, to the laird’s family. He wasn’t.

It all lacked a compelling personal story, as did DIY SOS: Children In Need Special (BBC1), with comedian Rhod Gilbert standing in for presenter Nick Knowles. The volunteers’ mission — to construct an adventure playground for a charity helping inner-city youngsters — was urgently needed.

It’s great to know that the Beeb’s fundraising efforts help pay for such good work.

But the best editions of DIY SOS have us choked up from the first minute, with family stories of tragedy and courage.

That was missing here. The emotion didn’t come until the end, when Rhod broke down as he thanked all the crew for their generosity and hard work.

The big Welshman has a voice like gravel in a food blender at the best of times. Tears make him even huskier.