A sex-crazed Home Secretary? No wonder his eyebrows are sky-high: CHRISTOPHER STEVENS reviews the latest Bodyguard episode and the weekend’s TV

Don your tin foil helmet! Bodyguard (BBC1), which started off as a terrorism thriller, has now lurched into full-on conspiracy theory paranoia, where the real villains are the police and security services.

In this loopy universe, when a bomb goes off, the big question is whether it was engineered by MI5 or the Met — unless the culprit was a war-damaged Army veteran, or possibly a disaffected parliamentary aide.

The idea that anti-terrorist police chiefs could be plotting the assassination of the Home Secretary, to prevent her from cutting their budgets, is raving crackers. 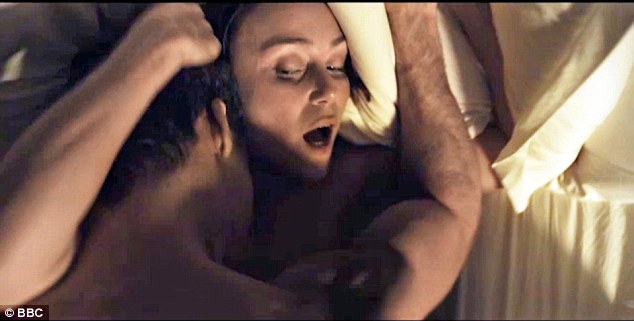 But it’s not as mad as the sight of a senior Cabinet minister (Keeley Hawes) seducing the copper assigned to protect her by pouting steamily. ‘Sex with the Home Secretary,’ Keeley growled. ‘It’s a heinous crime.’

Richard Madden, as the granite-jawed hero hurling himself into the line of fire, is doing his best to pretend he can’t see how bonkers it all is.

The story requires him to take a clunky listening device like a Walkman from his hotel mini-bar, and eavesdrop on the Home Sec? He’ll do it without a flicker of emotion.

Now his boss is dragging him into the ladies’ loos for a snog, before a crucial security meeting? Perfectly normal. Nothing improbable here.

Even when she wakes him in the small hours for what politicians call ‘a late-night session in the House’, and he tries to strangle her, they both carry on as if nothing unusual has happened.

Madden occasionally fires off a cruel one-liner in his gruff Scottish brogue, but otherwise he lets his eyebrows do the acting.

Eyebrows steady: situation under control, don’t be alarmed by daft plot twists. One eyebrow up: bounds of credulity being stretched to the limit. Both eyebrows up: full alert, gaping hole in narrative has been detected. 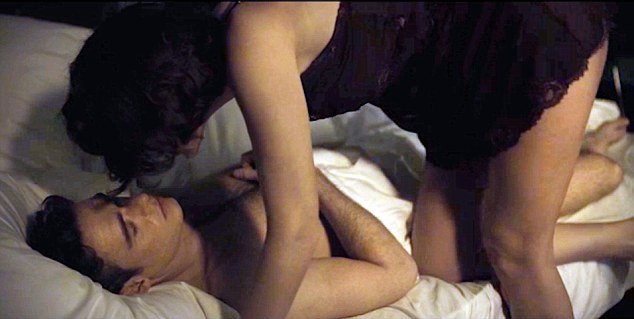 When she wakes him in the small hours for what politicians call ‘a late-night session in the House’, and he tries to strangle her, they both carry on as if nothing unusual has happened

Come to think of it . . . the quips, the accent, the eyebrows — no wonder Madden is taking it all so seriously. This is his James Bond audition.

A former James Bond made a momentary appearance as The Jonathan Ross Show (ITV) returned, but the glimpse of Pierce Brosnan in a film clip only highlighted what a lacklustre roster was on Wossy’s sofa.

Former wrestler Dave Bautista, completely unknown in Britain to all but the most avid superhero movie fans, was the star guest, promoting some big-budget tosh about terrorists attacking a football stadium.

Brosnan popped up, wearing a villainously waxed beard and speaking with an accent so Russian that he could buy a house in Chelsea and nobody would blink.

But why wasn’t Pierce being interviewed? He’s past his A-list days, but he’s still a big name — unlike Kevin Hart, Tiffany Haddish and Rob Beckett, the comedians Ross had wheeled out.

Mel Giedroyc did her best to enliven proceedings by appearing to be sloshed. We haven’t seen a celeb acting so unashamedly refreshed since Oliver Reed turned up on a midnight chat show for Channel 4 in the Eighties, three sheets to the wind and telling disgusting stories.

Mel wanted to tell stories, but she couldn’t remember what she’d started to say, so she just rambled. ‘Boring anecdote alert,’ she cried.

‘Well, don’t tell it,’ snapped Wossy. But Mel being tipsy was far more fun than the others sober.