Home » Celebrities » CHRISTOPHER STEVENS: Victoria's big problem is her creep of a hubby

My Cornwall With Fern Britton

Therapy is the cure for everything now. There’s no problem so difficult that it cannot be solved by a man in a sports jacket, with a sad smile and a beard, asking: ‘And how does that make you feel?’

All the celebs do therapy. That’s why they’re such happy, well-balanced people. Prince Harry has been raking over his life for years, and look how marvellously that’s going.

So it was sighs of relief all round as Suranne Jones’s fraught character in the playlet I Am Victoria (C4) finally bowed to her husband’s pleading and agreed to start therapy.

‘Your journey is beginning,’ said her guru at the end of the drama. For a moment, the unkind thought crossed my mind that he looked exactly the sort of charlatan who might purchase a diploma in psychotherapy from the University of the Digital Age in Lagos, Nigeria.

Cynicism is my problem, and I need to work on it. In therapy. 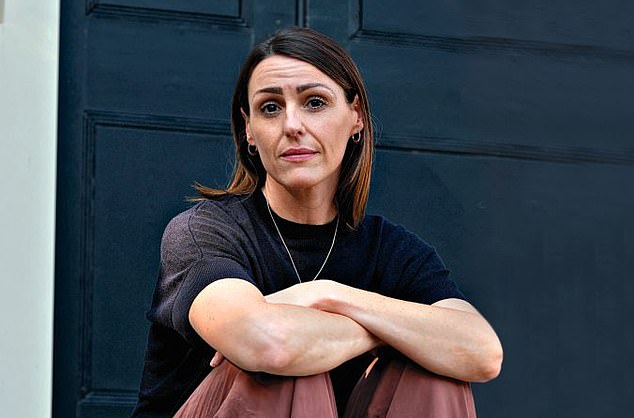 Victoria was coming apart at the seams — trying to run a business, bring up two girls and throw dinner parties at her spotless show home.

She rose at 6am for a furious workout and had screaming rows with her sister, who had a habit of dropping round to borrow a few thousand quid for the rent.

As far as I could see, though, Victoria’s biggest problem was her needy husband (Ashley Walters). He trailed around the house after her, whining for a kiss and sulking when she had to answer emails.

‘I wish you were as passionate about me as you are about your work,’ he whinged. ‘You need to get some help, I can’t do this any more.’ If Victoria’s therapist is any good, the pair of them will figure out that hubby is an emotionally manipulative creep who appears to need a mother, not a wife.

This was the first of three stand-alone stories, directed by Dominic Savage, where the cast are encouraged to improvise their dialogue.

This worked well in wordless scenes — Suranne is magnificent at conveying the fury of her feelings. But without a script, the actors are sometimes groping around, repeating lines hopefully, looking for a way out of each scene like people trying doors in a dark room. 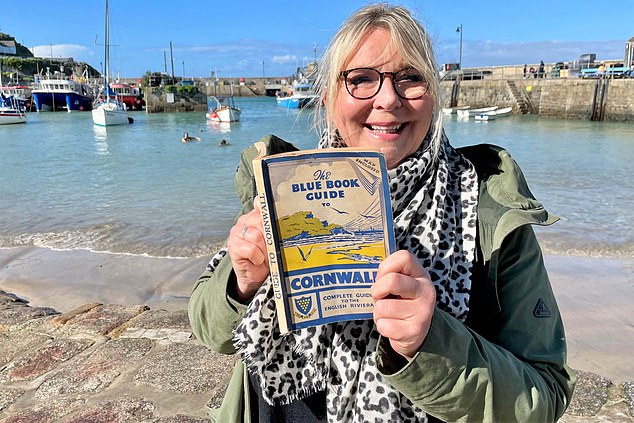 In her MGB Roadster with the roof off, Fern zigzagged from Looe, where she spent her childhood holidays, to Restormel Castle — location for the Black Prince’s wild parties in the 14th century, she assured us

What’s the point of improvisation anyhow? No one hires Dame Kiri Te Kanawa and tells her: ‘Just make up a tune.’

The sloppiness is made worse by handheld camerawork and tight close-ups. By the time Victoria fled from her house and went for a drive to calm her nerves, all we could see was her eyes in the driving mirror. Two minutes of that made me quite travel sick.

A more soothing ride was provided by Fern Britton, this week’s star-in-a-classic-car, as she pootled down Celtic country lanes in My Cornwall (C5).

In her MGB Roadster with the roof off, Fern zigzagged from Looe, where she spent her childhood holidays, to Restormel Castle — location for the Black Prince’s wild parties in the 14th century, she assured us.

Overhead drone shots made the coastline sparkle like the Med, as she took a spin in a speedboat. Back on shore, she sat for photos, copying the carefree poses from her family snaps in the 1960s.

We caught clips of Fern reading the bulletins on Cornwall’s Westward News in the 1980s, but there was no need for reminders of what an experienced telly presenter she is.

Her natter was effortless. ‘Prepare to have the Westerlies blow your face off,’ she chortled as we motored to the Lizard peninsula. ‘Ah, the wind, the rain, the sun, the pasties . . .’

Then she went pony-trekking, on a tubby horse called Rita. ‘Rita, I’m pleased to meetya,’ she declared. Now that’s how you improvise dialogue.

Wasted asset of the week: EastEnders (BBC1), which has been jumping around the schedules for weeks, didn’t air till 9.05pm. Each episode is now well short of half an hour. All this simply deters us from watching. Stop mucking about, BBC, or fans will simply give up.