Conor McGregor spent his Monday training his ass off in his MMA gym in Ireland — and sources connected to the UFC star tell us he’s “ready to fight right now.”

Conor had a sparring session with Hans Molenkamp — who created the MMA equipment company, Triumph United. He’s also a black belt in Brazilian jiu-jitsu who trains with some of the best fighters in the world.

Hans and Conor have been tight for years — so, when Hans touched down in Ireland, Conor invited him to Straight Blast Gym for a workout.

Our sources at the gym tell us … Conor looked sharp in sparring sessions — even cracking Hans in the face with that legendary left (you can see it in the video).

We’re told Conor is training like he’s getting ready for a fight — and he’s been talking about how badly he wants the rematch with Khabib. 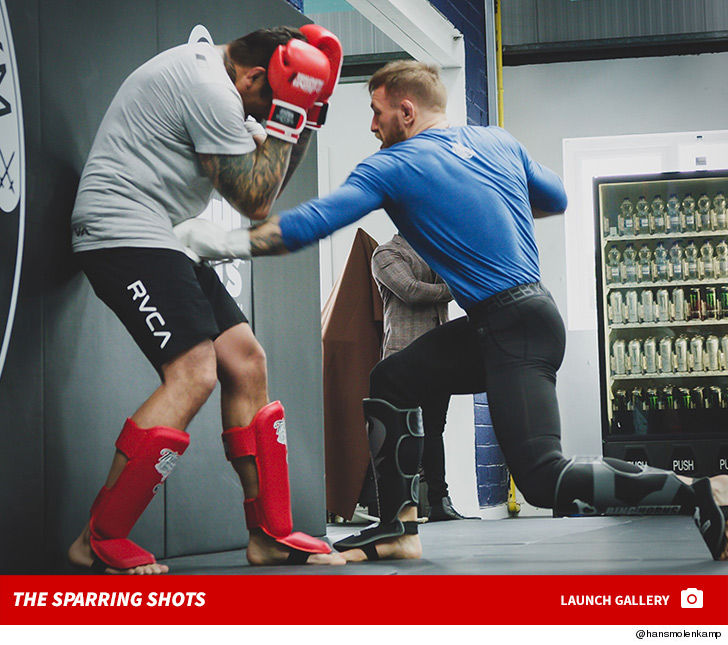 One source extremely close to McGregor put it this way — “He’s ready to fight now. He’s in training. Everything needs to line up correctly … opponent, place and of course, money.”

Conor was called out this weekend by UFC legend Donald “Cowboy” Cerrone — McGregor has yet to respond.

The two had been going back and forth earlier this year about setting up a fight … but it fizzled when McGregor reportedly wouldn’t settle for being the co-main event on a PPV fight card.