Could it be? Dakota is sparking speculation that she and Coldplay frontman Chris Martin are engaged.

The How to Be Single star, 31, fueled the chatter when she was photographed while out shopping in West Hollywood last week sporting a large emerald ring on her left ring finger.

The couple, who have tried to keep their relationship mostly private, were first linked romantically back in 2018.

Rumors flying: Dakota Johnson set off engagement chatter when she was seen wearing a large emerald rin while out shopping in Los Angeles

In the new images published by Page Six, the daughter of actors Don Johnson and Melanie Griffith wore grey sweatpants with a black and grey checkered shirt and black shoes.

She covered up in a black, full-length fur coat that came down to her ankles and her dark brown tresses pulled up into a messy bun.

The Texas native wasn’t easily recognizable when she wore stylish dark sunglasses with a black protective mask over her mouth and nose, in adherence to the COVID-19 health ad safety protocols.

At times, she was seen carrying new purchased items in one hand, while chatting on the phone, with that emerald ring on full display. 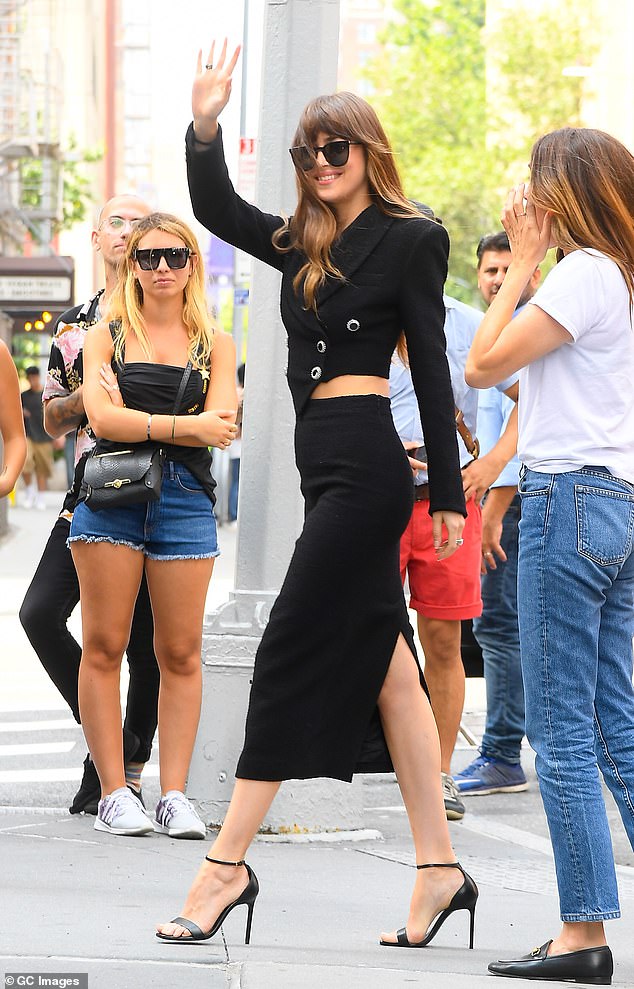 Down low: The Fifty Shades actress, 31, and Martin have mostly kept their relationship private; the daughter of actors Don Johnson and Melanie Griffith is seen in NYC in August 2019

The couple reportedly started dating in October 2017, but then briefly broke up in June 2019, only to get back together by August of last year.

Martin, 43, and Paltrow divorced in 2016, but have been seemingly the picture of co-parenting bliss since their separation.

At the time, a source told Us magazine that it was Martin’s ex-wife Gwyneth Paltrow who ‘pushed them’ to get back together.

Martin and Paltrow were married from 2003 to 2016, and are the proud parents to 16-year-old daughter Apple and 14-year-old son Moses. 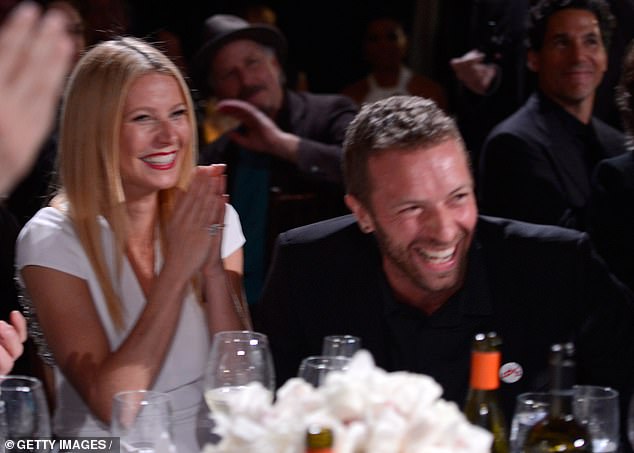 Family matters: A source told Us magazine that Martin’s ex-wife, Gwyneth Paltrow, who pushed for him to get back together with Johnson after their brief split in June 2019; the former couple are pictured in 2014, just months before they separated

For Paltrow’s engagement ring, Martin gave her an asscher-cut diamond on a double-pavé band estimated to be valued at $90,000, according to Vogue.

Paltow has since moved on and married Brad Falchuck in September 2018.

They first met in 2010 when she appeared on the hit the television musical series Glee, which he co-created and produced.

They would reconnect in the ladder part of 2014, after her separation from Martin, and eventually go public with their relationship in April 2015. 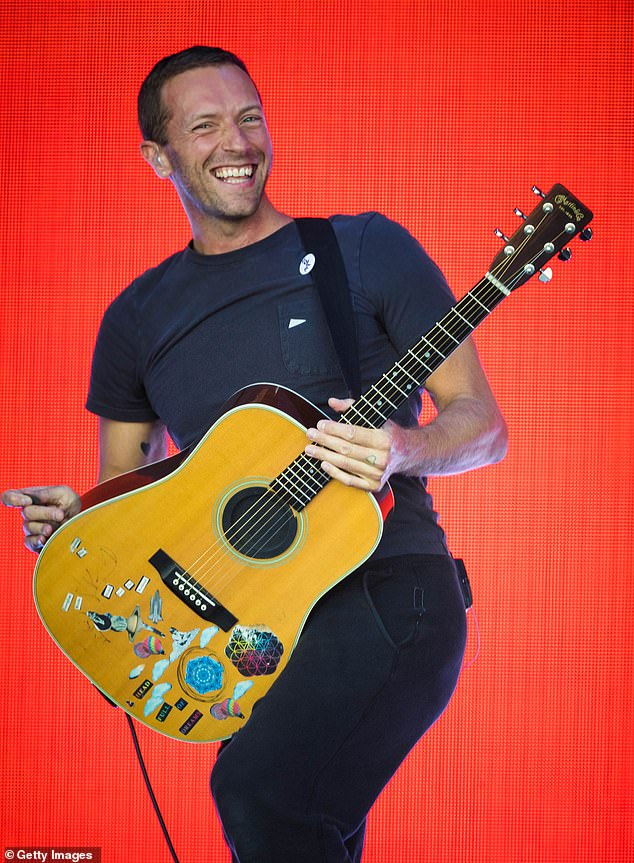 Grammy winners: Martin, 43, is the frontman for the acclaimed British rock band Coldplay