Dan Walker, 43, is best known for fronting BBC shows such as Breakfast and Football Focus and his stint as quiz show host on Chase The Case. Among other things, he’s also known for being notoriously tall and the TV star revealed exactly where he gets it from.

So, from which one do you get your height genes from?

On Friday, Dan paid a heartwarming tribute to his parents, who were celebrating their 50th wedding anniversary.

Taking to Instagram, he revealed they cherished the day by going through their old love letters.

“My mum & dad have been married 50 years today,” he announced, alongside a sweet photo of his parents.

“They’ve been up the loft & are celebrating by reading the letters they wrote to each other when they were ‘going steady’ in the late 1960s. 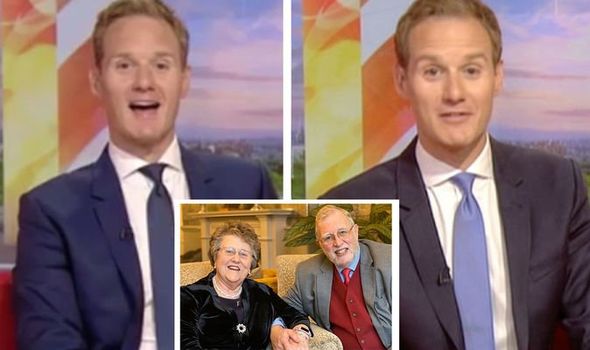 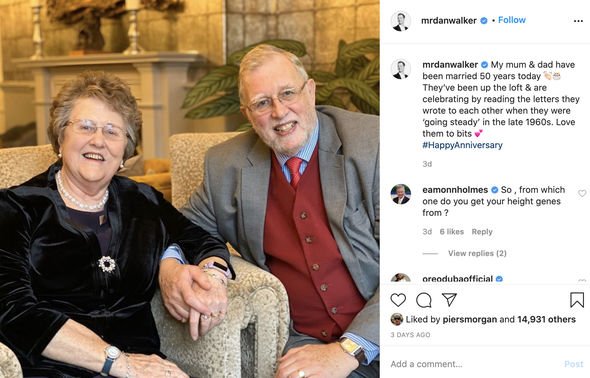 “Love them to bits.”

As fans rushed to the comments section to send their love to his mum and dad, Dan ended up revealing who he takes after in the height department.

The breakfast host has been reported to be approximately 6″4 tall, towering over his BBC colleagues in the studio. 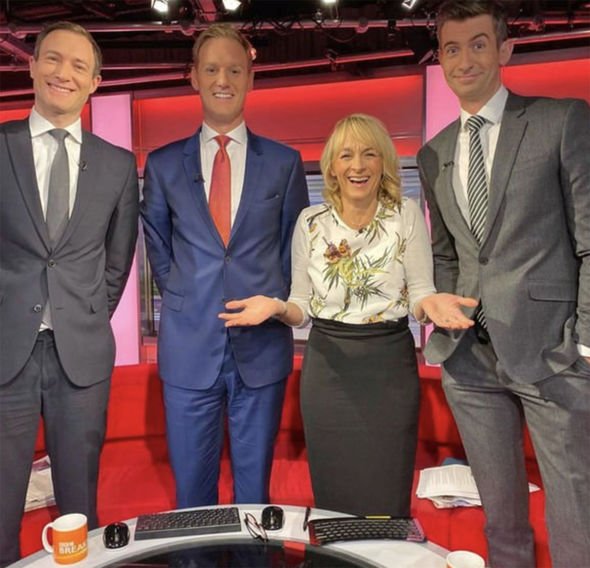 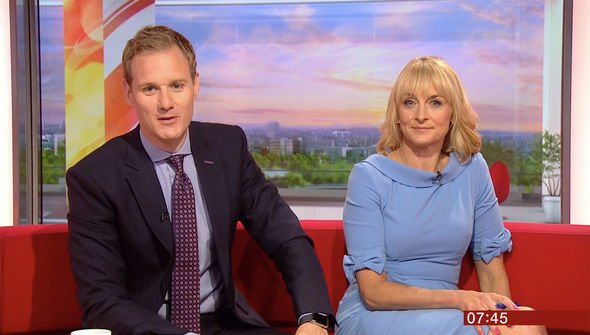 His fellow TV pal Eamonn Holmes, asked the pressing question: “So, from which one [parent] do you get your height genes from?”

And Dan soon admitted it’s all down to his dad’s genes.

The heartwarming posts didn’t stop there, as BBC Breakfast left fans gleeful with their coverage of a 104-year-old lady named Joan, who had been walking repeatedly up the steep hill by her care home after being inspired by Sir Captain Tom.

She had walked a total of 17 miles and Monday’s coverage helped bump her efforts to £11,000 for the British Heart Foundation.

Dan called her an “absolute superstar” for her efforts, as many viewers praised the positive story for “boosting” their Monday morning.

And the BBC host was hailed for acknowledging that it wasn’t BBC Breakfast who found Joan.

He revealed that BBC Sussex had been following her for a while before the national station picked it up.

The admission came after one fan praised the main show for highlighting her accomplishment, to which Dan pointed out: “In fairness, I think @BBCSussex have been following Joan for a while. Her target was £500.”

One viewer responded: “Bless her. What a lady. Of course @piersmorgan would’ve taken full credit for that. Well done, Dan #properjournalist.”

BBC Breakfast continues weekdays at 6am on BBC One.