She’s a doting mum to her four young sons.

And Danielle Lloyd looked sensational as she flaunted her toned figure while at a pool party at Nikki beach in Ibiza on Friday.

The model, 36, wowed in a pink patterned bikini which tied at the sides with long black strings. 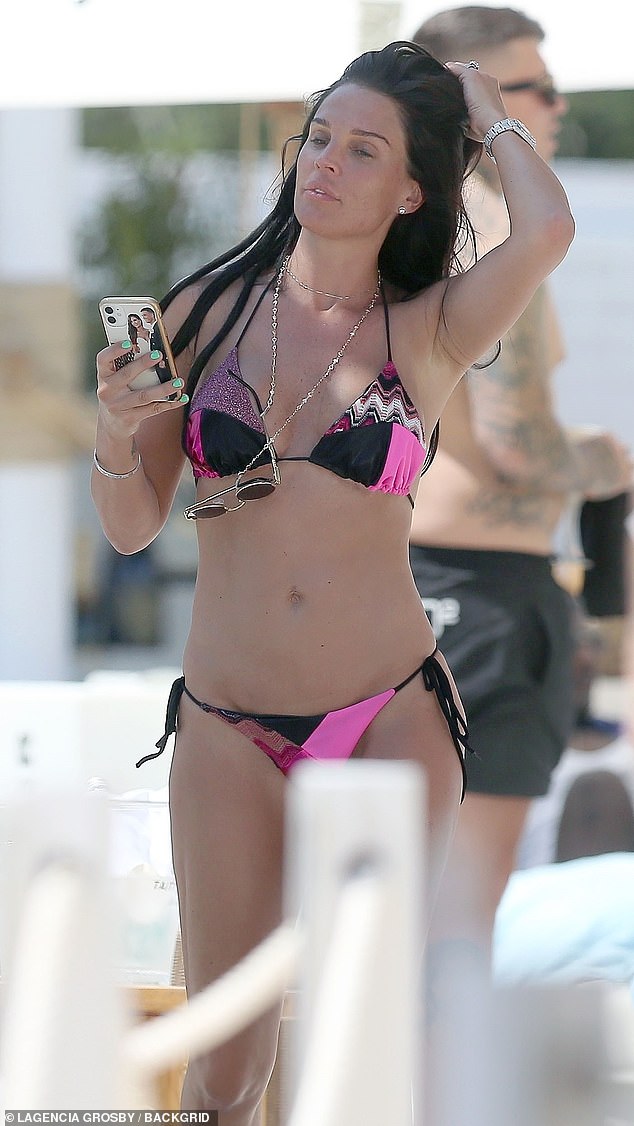 Cute: Danielle Llloyd revealed her sweet wedding photo phone case as she s she flaunted her toned figure while at a pool party at Nikki beach in Ibiza on Friday

The star, who is married to Michael O’Neill, showed off her customised phone case, emblazoned with a photo of the pair on their wedding day back in April 2019.

In the snap, Danielle looks radiant as she poses in her white gown while a dapper Michael smiles for the camera. 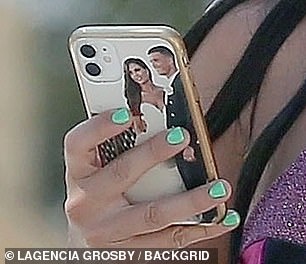 Sweet: The star, who is married to Michael O’Neill, showed off her customised phone case, emblazoned with a photo of the pair on their wedding day back in April 2019

Danielle tied her long black tresses up in a messy bun, as she soaked up the sunshine and added a pair of sunglasses on a chain to her ensemble.

She later added a multi-coloured kaftan with cream frills on the sleeves and a pair of black slider shoes as she posed for a loved-up snap with husband Michael.

The couple, who share son Ronnie, appeared to be in good spirits as they spent the day at the pool party.

Danielle is also mother to her sons Archie, ten, Harry, eight, and five-year-old George, who she shares with former spouse Jamie O’Hara, 33. 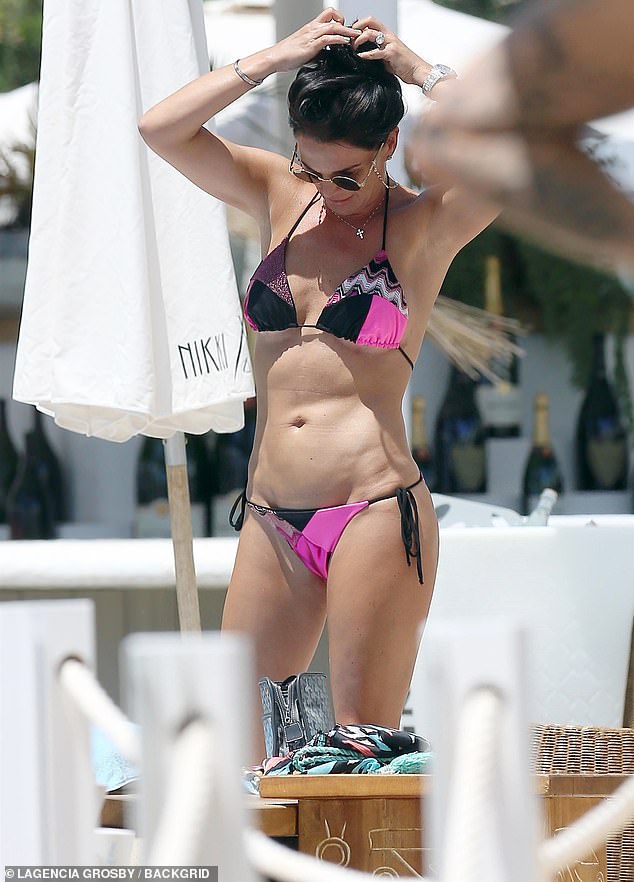 Wow: The model, 36, wowed in a pink patterned bikini which tied at the sides with long black strings 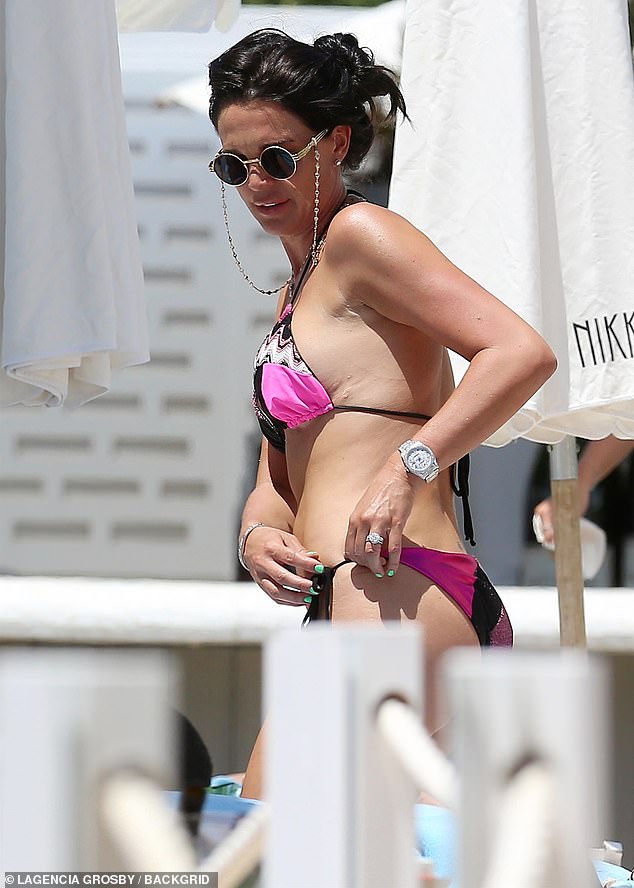 Looking good: The mum-of-four donned a pink and black bikini as she soaked up the sun

The mother-of four underwent a breast augmentation, liposuction and a Brazilian bum lift in September 2019 at a Turkish clinic, which she said has transformed her confidence and made her feel ‘sexy’ again following a tragic miscarriage last year.

At the end of last month, Danielle revealed she’s put her plans to use controversial gender selection treatment on hold after being diagnosed with polycystic ovary syndrome (PCOS) and endometriosis.

The former glamour model admitted she ‘can’t think about having a baby at the moment’ but would ‘love a little girl’ during an appearance on Loose Women. 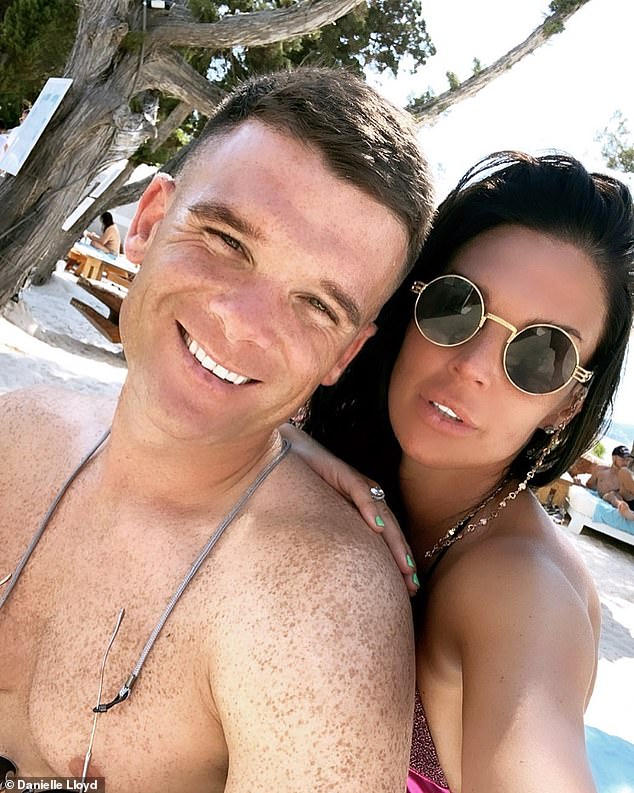 Time away: The pair appeared to be in good spirits as they posed up a storm in a selfie

In the interview, the mother-of-four boys also shared she’s put her eldest child Archie, in therapy after he began suffering from anxiety following her divorce from her ex-husband Jamie.

Danielle, who tragically suffered a miscarriage last year, told the panellists she’ll have to delay her hopes of having a daughter as she’s set to undergo an operation to treat her conditions, which can affect a woman’s fertility.

She said: ‘I’ve just found out that I’ve got PCOS and endometriosis so I have to have an operation for that so can’t think about having another baby at the moment anyway. 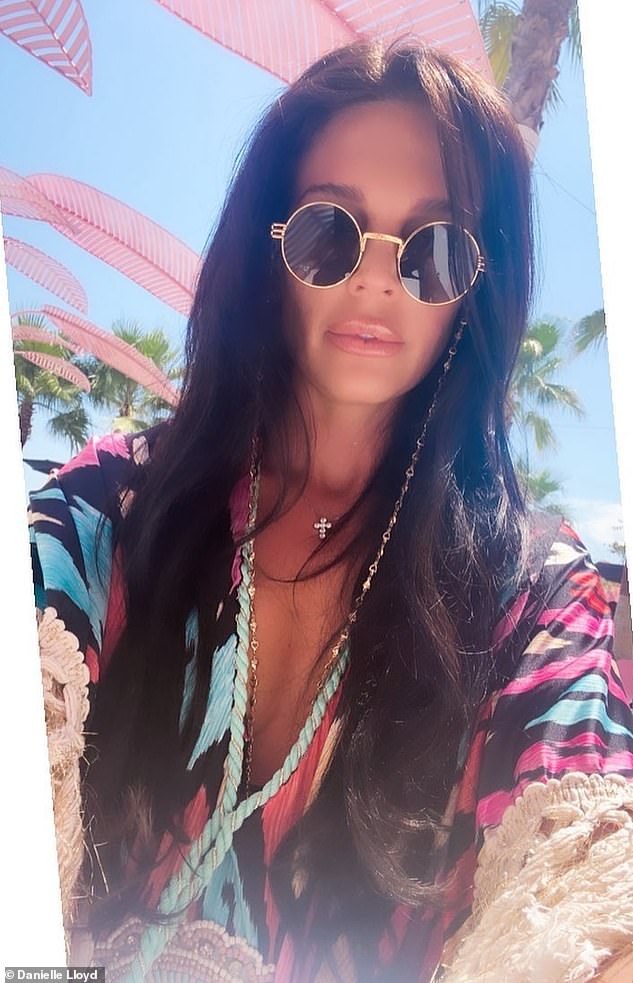 Stunning: Danielle wore her long locks down after sunbathing, letting them cascade over her shoulders

‘I’m in two minds, I’ve just got a puppy who is a little girl so she’s my baby at the moment. I would love a little girl but four boys is a lot.’

Endometriosis is an often painful disorder in which tissue similar to the lining of the uterus – the endometrium – grows outside the uterus, while PCOS is a common condition that affects how a woman’s ovaries work.

In August last year, Danielle revealed her sons were also keen to have a little sister and said she had been to Dubai’s gender selection clinic, the Fakih IVF centre.

The practice has been condemned by the World Health Organisation (WHO) and is illegal in Britain. 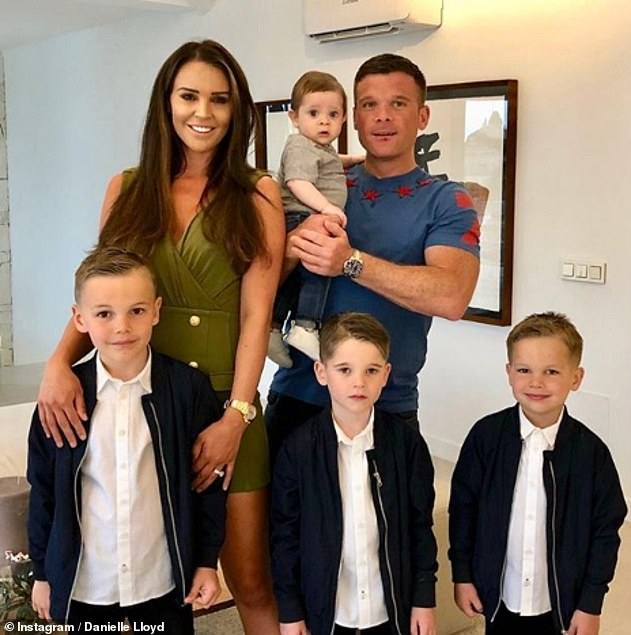 The WHO says that sex selection raises ‘serious moral, legal, and social issues’ and can lead to the devaluation of women and gender imbalance.

Danielle has learnt that the treatment is accurate in 99% of the cases in which a baby is successfully born and also started to investigate the possibility of arranging for a girl in Northern Cyprus, another state where it is legal.

After further questioning, however, the TV star and electrician Michael had previously settled on America, where they felt the overall safeguards would be stronger.

Once there, a number of her eggs would be harvested and fertilised, and then one or two of the resulting female embryos will be reimplanted in the mother’s womb. The rest will be stored for possible use in the future. 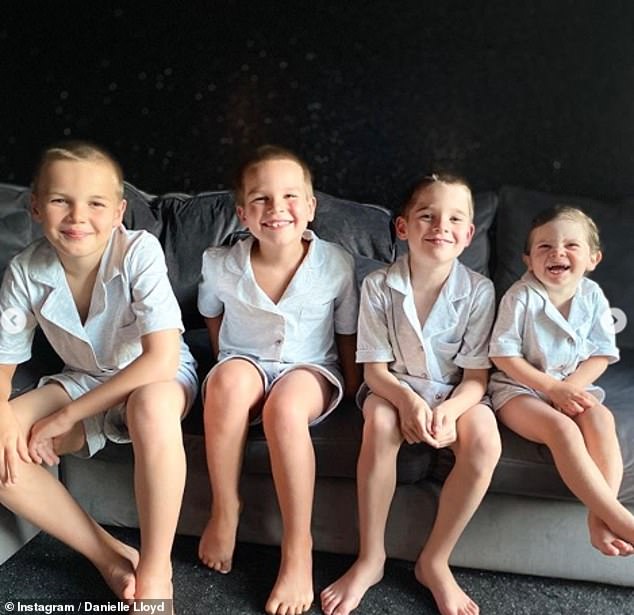