Delilah Hamlin has said she wants her parents to pay for ‘trauma therapy’ in a now-deleted post on TikTok, a month after she went public with health struggles she suggested were triggered by getting the COVID vaccine.

The 23-year-old – who is the daughter of RHOBH star Lisa Rinna and actor Harry Hamlin – posted the following message before deleting them on TikTok: ‘unrealistic things I want for Christmas … for my parents to pay for my trauma therapy.’

In November, Delilah claimed she overdosed on Benadryl and beta blockers and then got addicted to Xanax after getting vaccinated. 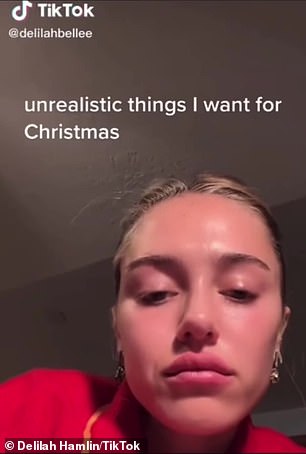 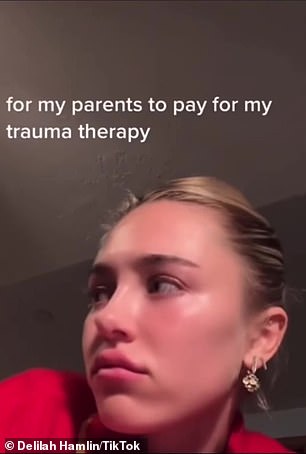 In a tearful Instagram video posted in early November, Delilah claimed that she sought treatment after getting addicted to the anti-anxiety drug Xanax and believed it was connected to her receiving the COVID vaccine.

Delilah also claimed that she accidentally overdosed on Benadryl at the same time as taking prescribed beta blockers and ended up hospitalized.

The famous daughter went public with her health struggle saying she was ‘in no way an anti-Vaxxer’ but that she believed the vaccine caused autoimmune diseases in her body to ‘flare up.’ 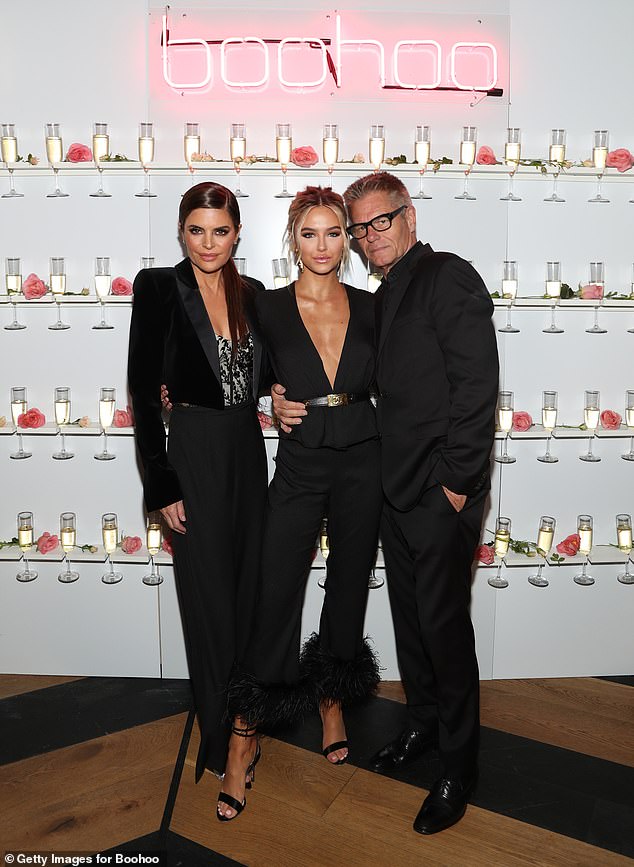 Family: Delilah is pictured above with mother Lisa Rinna and her father Harry Hamlin (2019)

‘I didn’t realize that the vaccine would cause an autoimmune response in my body that basically flared up and triggered certain autoimmune diseases that I didn’t know I had,’ she claimed in the 30-minute long Instagram video.

The Global Autoimmune Institute say the evidence available at this point indicates that the benefit of COVID-19 vaccination outweighs the risk of side-effects.

Most common side effects are the vaccine shot include tiredness, headaches, chills, fever and nausea.

Delilah went on to state that she began suffering migraines, panic attacks, OCD (that caused her to fear eating meat), and PANDAS (Pediatric Autoimmune Neuropsychiatric Disorders Associated with Streptococcal Infections).

To treat the extreme panic attacks she went to a psychiatrist who ended up ‘overprescribing’ her Xanax (alprazolam) which is a benzodiazepine drug, used to treat anxiety and panic disorders. 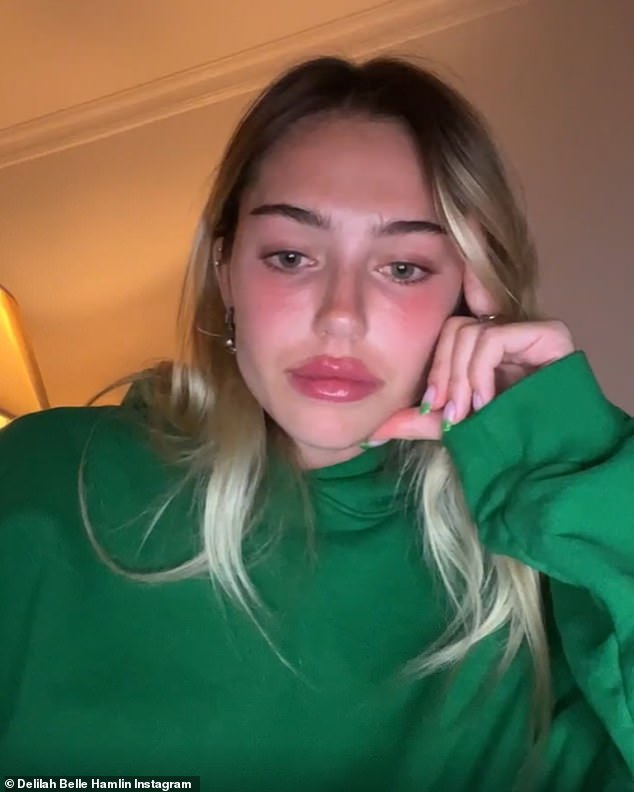 Health battle: In November, Delilah claimed she overdosed on Benadryl and beta blockers and then got addicted to Xanax after getting the COVID vaccine

She claims the psychiatrist gave her 20mg of the drug three times a day. Known as being part of the ‘benzo’ family, the medication can be highly addictive.

Delilah then claimed that she was put on the beta blocker propranolol – used to treat high blood pressure – and caused her to ‘overdose’ when she took it simultaneously with Benadryl.

‘I ended up in the hospital,’ she claims in the video, before being interrupted by loud snoring noises from her dog.

Delilah went on to say that she has since been diagnosed with encephalitis, also known as inflammation of the brain, meaning she can no longer drink alcohol or fly on planes.

She credited her boyfriend Eyal Booker with being ‘so supportive’ throughout her health battle, which has also lead to a number of seizures. 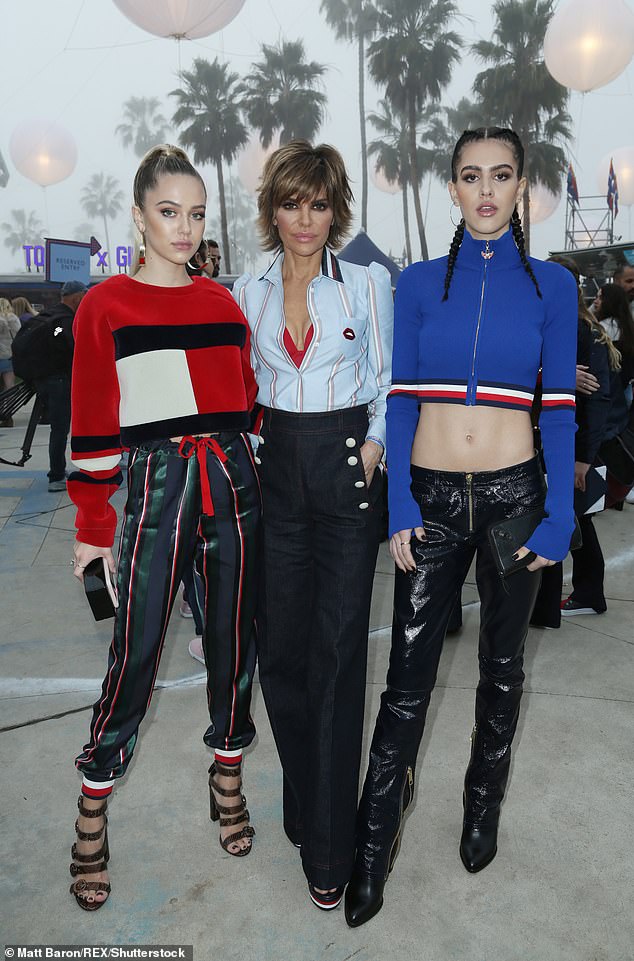 Family around her: Delilah (left) is seen with mother Lisa Rinna and sister Amelia Hamlin in 2017

The influence has since entered a treatment facility in Arizona for her Xanax dependency explaining that her ‘body was dependent on it because of how much the doctor had prescribed me.’

But apparently her seizures got so bad that the holistic facility asked Delilah to leave as they deemed her a risk.

‘They said, “We’re not a medical facility. The seizures are scaring us”‘ she claimed.

‘Mentally I am not great, today,’ she said. ‘I’m feeling hopeless since the last place I went to didn’t really work out. I can look perfectly fine and feel perfectly horrible. That’s just that. That’s something I struggle with mentally, is feeling believed.’

Delilah – who has been rehab twice to deal with mental health issues including anxiety and depression – said she had ‘cut down’ on her Xanax though it is not clear if she is still taking the drug.

Xanax is the number one prescribed psychiatric medication in the US and deemed extremely addictive by responsible medical practitioners.

Delilah previously took a break a break from her social media in August, citing that she needed to prioritize her mental health.