Denise Richards’ vehicle was shot at on Monday, November 14 during a potentially life-threatening road rage incident in Los Angeles.

The actress, 51, was en route to Popsicle Studio LA in South Los Angeles with her husband Aaron Phypers, as reported by TMZ. Both were left uninjured.

Phypers, 50, was driving the pair’s Ford F-150 Shelby truck with Richards in the passenger’s seat when gunfire broke out. 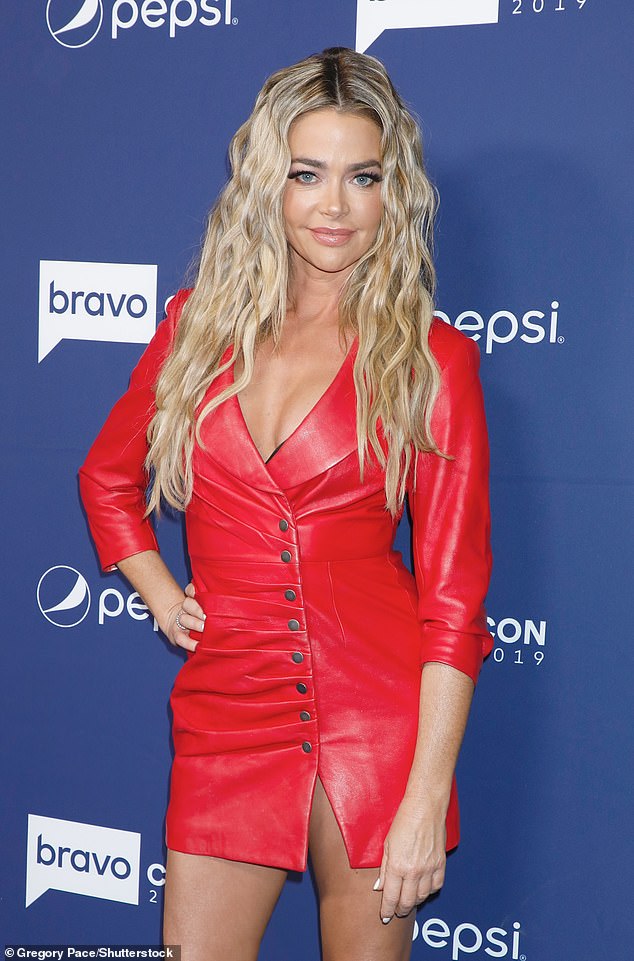 Denise Richards’ vehicle was fired at on Monday, November 14, during a potentially life-threatening road rage incident in Los Angeles. Actress in uninjured; Denise seen in 2019 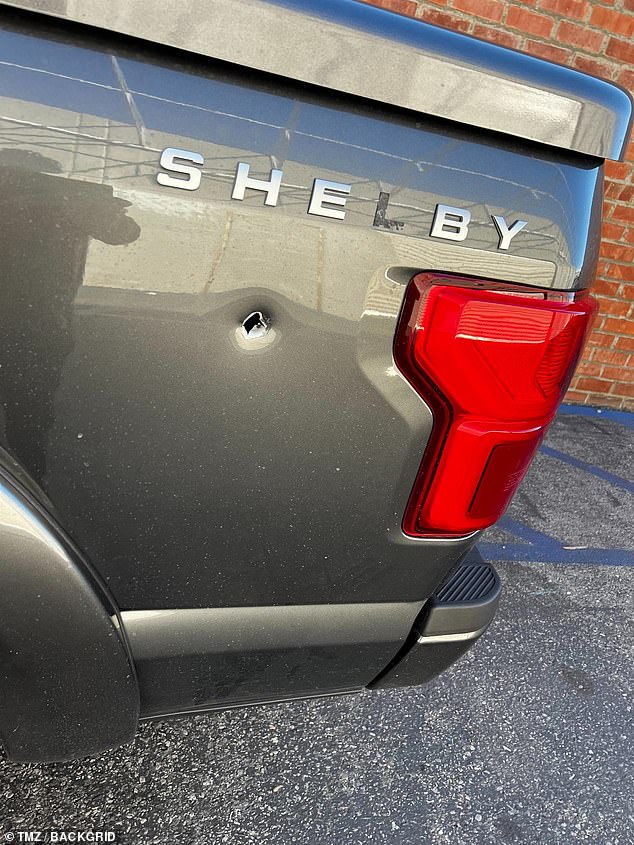 Phypers was having difficulty locating the studio space which appeared to irritate a driver behind them.

A source told PEOPLE that Phypers noticed a ‘gold and maroon van’ following them and that the driver of the van was ‘obviously pissed.’

‘[Phypers] could tell — he kept making rights because they were clearly being followed,’ the insider explained, adding that the couple were ‘frantic.’

Though Phypers let them pass, the driver reportedly pulled up to the left of the truck. Phypers rolled down his window down to address the driver, who was accusing him of cutting them off.

Phypers apologized and drove away from the driver, who continued to shout.

According to PEOPLE, the couple did not realize their vehicle had been shot on the back end on the driver’s side until they arrived at Popsicle Studio LA.

‘The guy had taken off by then, but when they realized the car was shot, they were really freaked out, and the production secured the scene,’ the insider explained.

One member of the film’s production crew caught sight of the bullet hole in the truck and got ahold of 911. 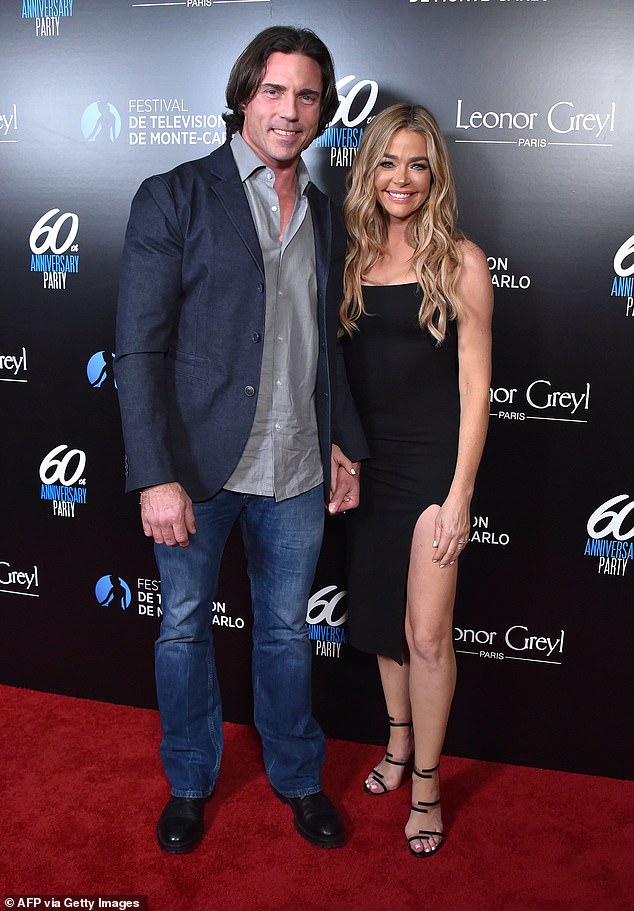 The actress, 51, was en route to Popsicle Studio LA with her husband Aaron Phypers. Both were left uninjured; the couple seen in 2020

As of now, it’s unknown if cops ever showed up though LAPD are now said to be investigating the incident.

‘The production company made her feel safe but they didn’t file a police report. They think now that people were after the car itself because it’s worth a lot of money,’ the insider added.

No one was injured but the incident left Richards ‘unnerved’ and ‘sobbing.’ She was at the studio for a one-day shoot for her upcoming film Angels Fallen: Warriors of Peace.

Despite being ‘very shaken up and terrified.’ Richards ended up working on set for 12 hours.

Phypers remained on location for the duration of his wife’s film shoot.

Once the day wrapped, Phypers and Richards were escorted by an off-duty cop, who happened to be on set, and headed back to their Los Angeles home.

Angels Fallen: Warriors of Peace is Richards’ latest project and is slated for a 2023 release. 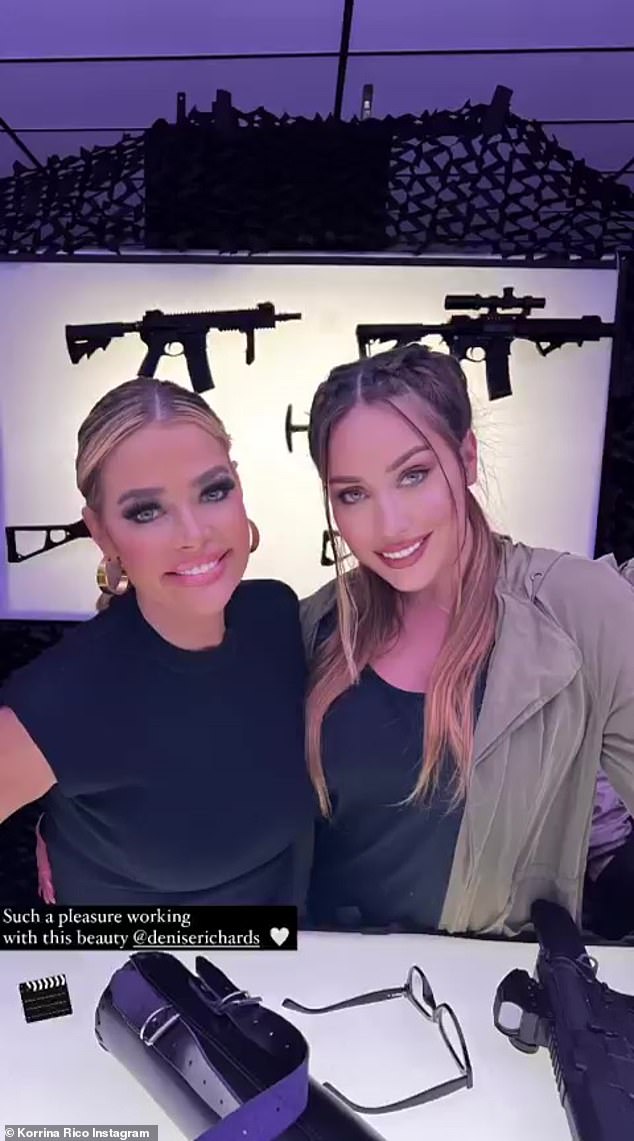 Brave face: Despite the traumatic ordeal, Richards ended up working on set for 12 hours and Phypers remained on location for the duration of the shoot. The actress appeared in a snap that was shared to her co-star Korrina Rico’s Instagram Story on Monday 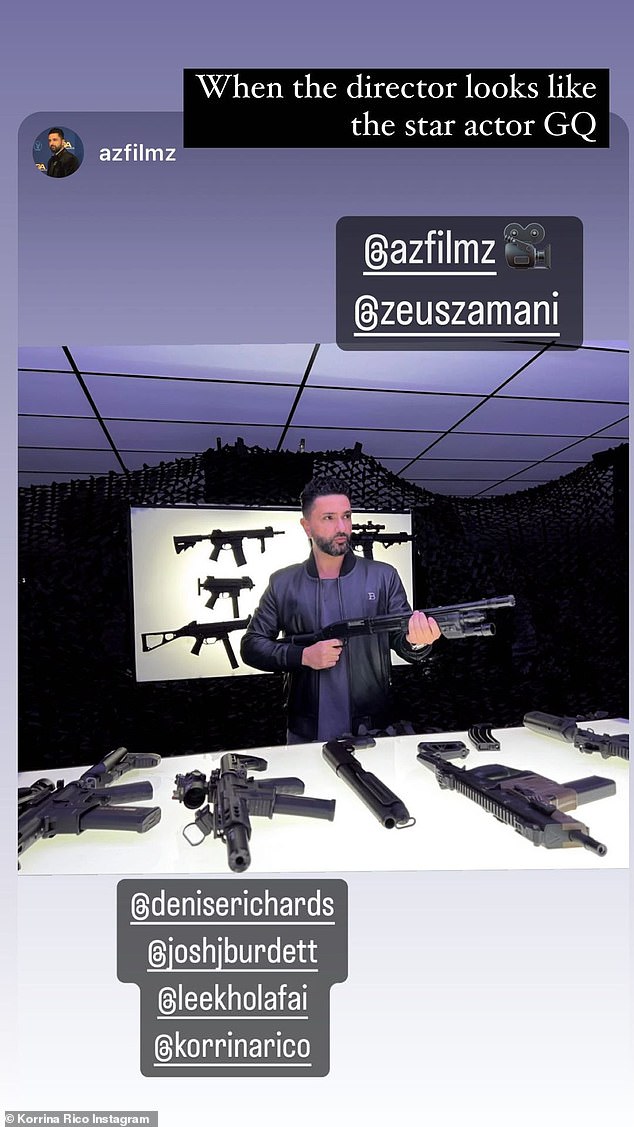 Angels Fallen: Warriors of Peace is Richards’ latest project and is slated for a 2023 release; the film’s director Ali Zamani seen Monday

According to IMDB, the film follows an Iraq War veteran who, after receiving a call from a higher power, ’embarks on a mission to stop a fallen angel from raising an army of the dead to take over the world.’

Richards plays Deborah, a weapons expert. She stars alongside the likes of Josh Burdett and Korrina Rico.

Rico documented Monday’s film shoot on her Instagram Story. One of the posts featured Richards, who posed beside her in front of a wall of machine guns.

‘Such a pleasure working with this beauty @deniserichards,’ Rico captioned the shot.

Richards has yet to publicly address the road rage incident on her social media platforms. She last posted to Instagram on Saturday, November 12 and her latest tweet was published Thursday, November 10.

Though she is back in her home state of California, Richards was working in Atlanta, Georgia for three weeks from late October to early November.

She and Phypers have been married since 2018. Phypers is a former actor and founder of the frequency healing center Q 360.

He appeared with Richards during her short-lived stint on Bravo’s Real Housewives Of Beverly Hills. She exited the show in season 10.