Home » Celebrities » Dennis’ Estranged Wife Jill Speaks Out After His Death: He Was ‘the Love of My Life’

Dennis Shields’ family is speaking out following his death.

“We are all heartbroken. Dennis was, and will always be, the love of my life,” Dennis’ estranged-wife, Jill Schwartzberg, said in a statement to The Hollywood Reporter on Friday, August 10. “His spirit lives on in our children. Please respect our family’s privacy at this time.”

Earlier on Friday, Us Weekly confirmed that Shields was found dead in his apartment at Trump Tower in New York City. The New York Post reported that the 51-year-old died of a suspected overdose after taking prescription pills. 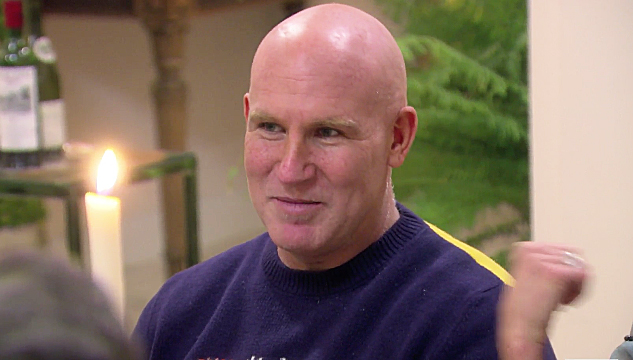 Shields and Schwartzberg tied the knot in 1990. While it’s unclear exactly when they separated, Bethenny Frankel revealed during the season 8 reunion of The Real Housewives of New York City that she and Shields had started seeing each other after more than 20 years of friendship. At the time, Frankel called Shields’ daughter during the taping to prove to costar Luann de Lesseps that he was separated from his wife and the family supported the relationship.

The 47-year-old reality star and the banker went on to date on and off for the past two years. Shields opened about his relationship with Frankel days before his death.

“About four weeks ago we were still together,” he said on the “Listen Up Show” podcast, released on Sunday, August 5, before joking that he googled the reality star, “checking to see how our relationship was doing.”

If you or someone you know is struggling with substance abuse, contact the Substance Abuse and Mental Health Services Administration (SAMHSA) National Helpline at 1-800-662-HELP (4357).