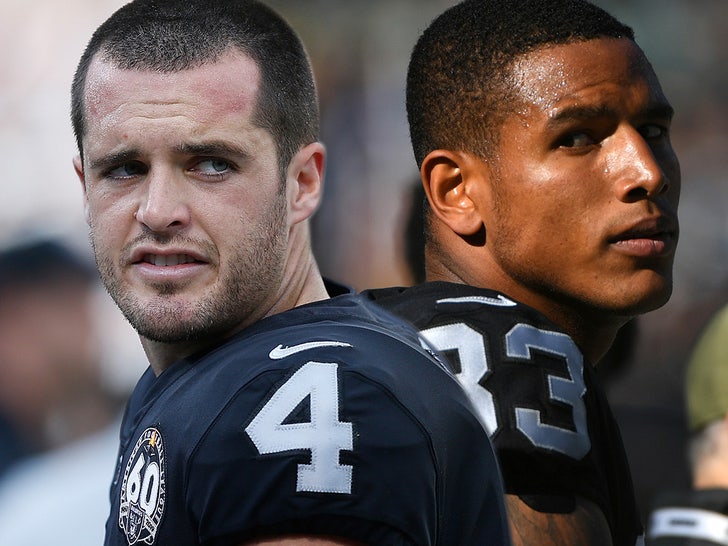 Derek Carr and several Raiders teammates were just hit with hefty fines for going maskless at Darren Waller‘s charity event … with the QB reportedly getting hit to the tune of $15k.

The Raiders tight end hosted a fundraiser in Henderson, LV last week — which included an auction to help those fighting drug and alcohol addiction.

Several guys like Carr, Nathan Peterman, Jason Witten and more attended to show support … and the event was a huge success, raising more than $300k!!

Only one issue — several players and guests were pictured without any sort of face protection, which violates the NFL’s strict COVID-19 protocol.

The league handed down the punishments on Monday … with Waller receiving a $30k fine and his teammates reportedly getting $15k fines.

Carr recently spoke on the event, saying, “We should have kept the masks on, even if we are coming in and they’re introducing us.”

It’s not the first COVID fine for the Raiders — head coach Jon Gruden was slapped with a $100k punishment after Week 2 for improperly wearing his mask on the sidelines.