Sean ‘Diddy’ Combs has gone viral on TikTok for a very strange reason. The rapper shared a video of himself attempting to dive, and the result was hilarious.

Sean ‘Diddy’ Combs is working on some new skills during lockdown, but it seems diving doesn’t quite come naturally to him. The hitmaker, who recently rang in his 51st birthday, has gone viral on TikTok thanks to a hilarious video of himself jumping into a pool. “working on my dive,” he captioned the short clip, in which he wore nothing but swimming trunks and goggles. The rapper takes a deep breath before awkwardly diving into the water, with his hands and feet hit the pool at the same time!

“ABSOLUTELY HOWLING AT THIS VIDEO OF DIDDY DIVING INTO A POOL LMAOOOOOOOOOOO,” one Twitter user wrote in response to the video. Fellow musician 50 Cent took to his Instagram page, sharing the video along with a message of support “Rappers can’t dive or swim. I just haven’t been caught yet. LOL,” he wrote. It comes less than two weeks after Diddy rang in his milestone birthday on November 4 in a very tropical destination.

Been practicing my dive

He shared a slew of videos of himself hugging party attendants as they arrived, along with clips of himself dancing up a storm with Nas and Mary J. Blige. Throughout the day, he received plenty of love on social media, including a sweet birthday message from his 13-year-old twin daughters, D’Lila Star and Jessie James. 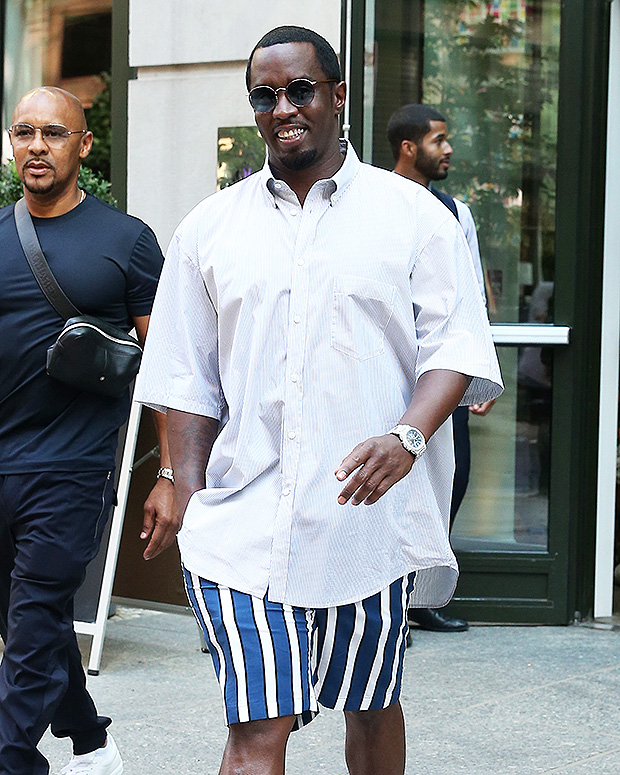 “Happy birthday Daddy! We love you so so sooo much! Thank you for being a real king and raising us to be true queens! Words aren’t good enough for how much we love and appreciate you…now let’s party LOVE,” the young teenagers wrote in the caption of their Instagram post. It also featured a sweet throwback photo of Diddy and his mini-me daughters when they were just toddlers!