Dominic West and his wife Catherine FitzGerald are currently holed up at her family home, Glin Castle, in Ireland.

And the pair shared a socially-distanced family snap from the grounds of the castle on Instagram on Wednesday, as they posed with their four children. 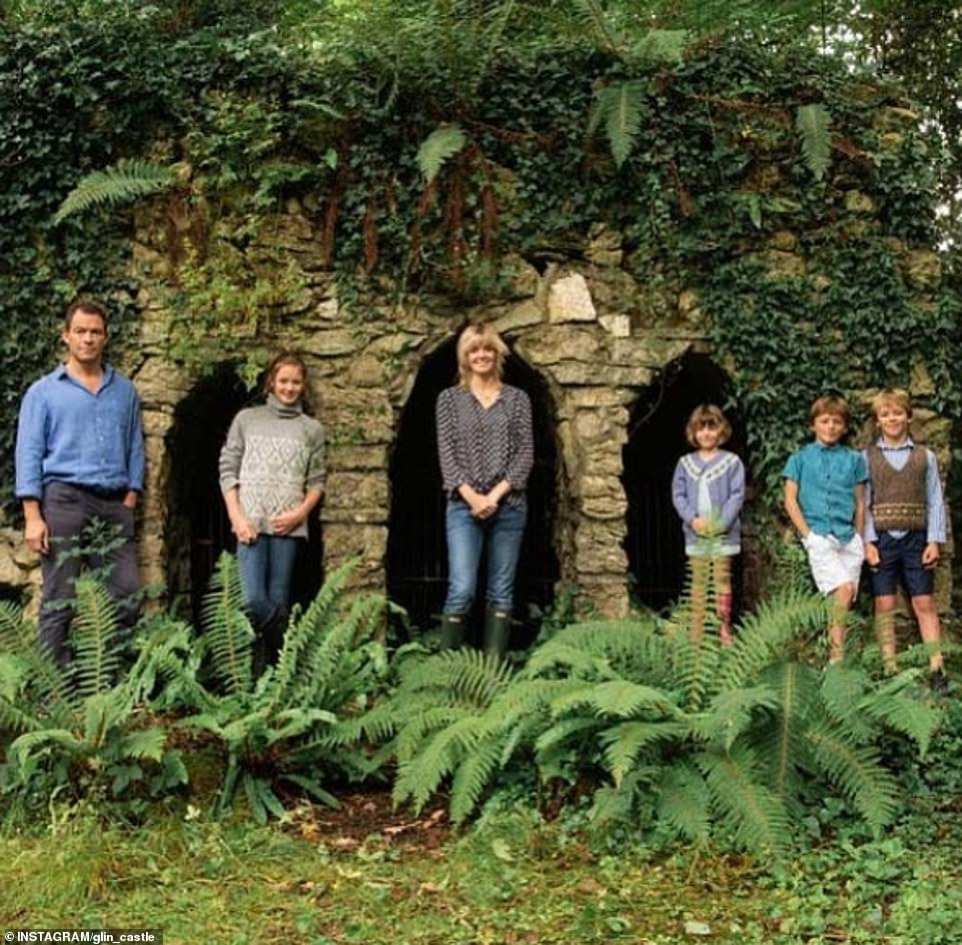 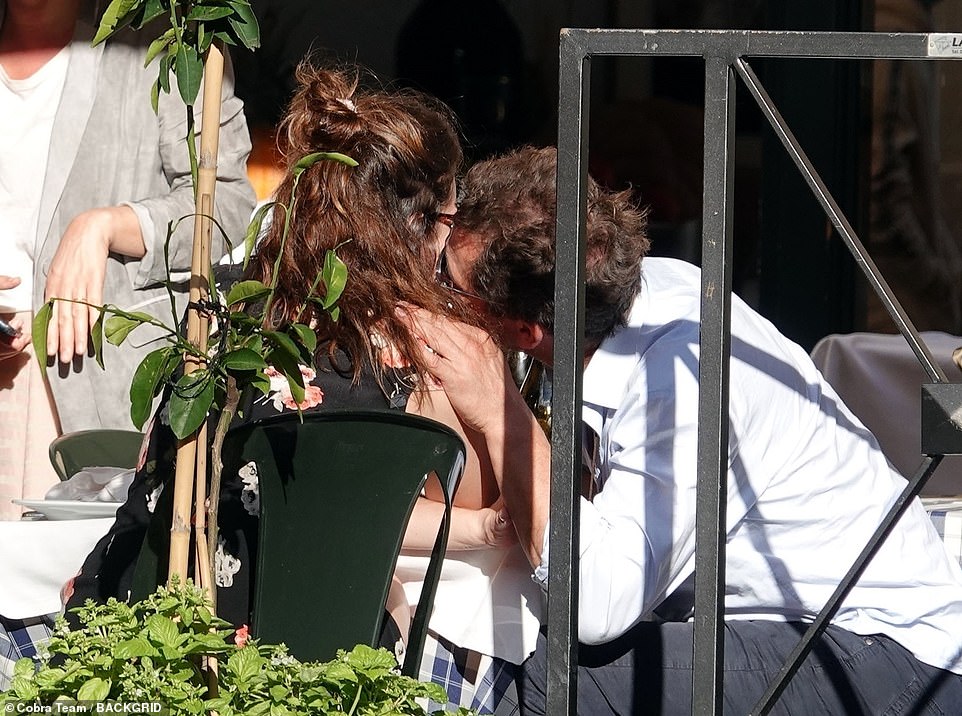 It looks like Catherine and Dominic, 51, have very much moved on, two months after he was caught kissing fellow actor, Lily James, 31, in Rome, putting the scandal behind them.

However, they did not stand next to one another in the snap and were separated by their offspring.

The couple are parents to Dora, 13, Senan, 12, 11-year-old Francis and Christabel, seven. Dominic is also dad to daughter Martha, 21, from his relationship with Polly Astor.

The snap comes after Dominic got himself into a spot of bother when another photograph showed him flouting Covid restrictions. 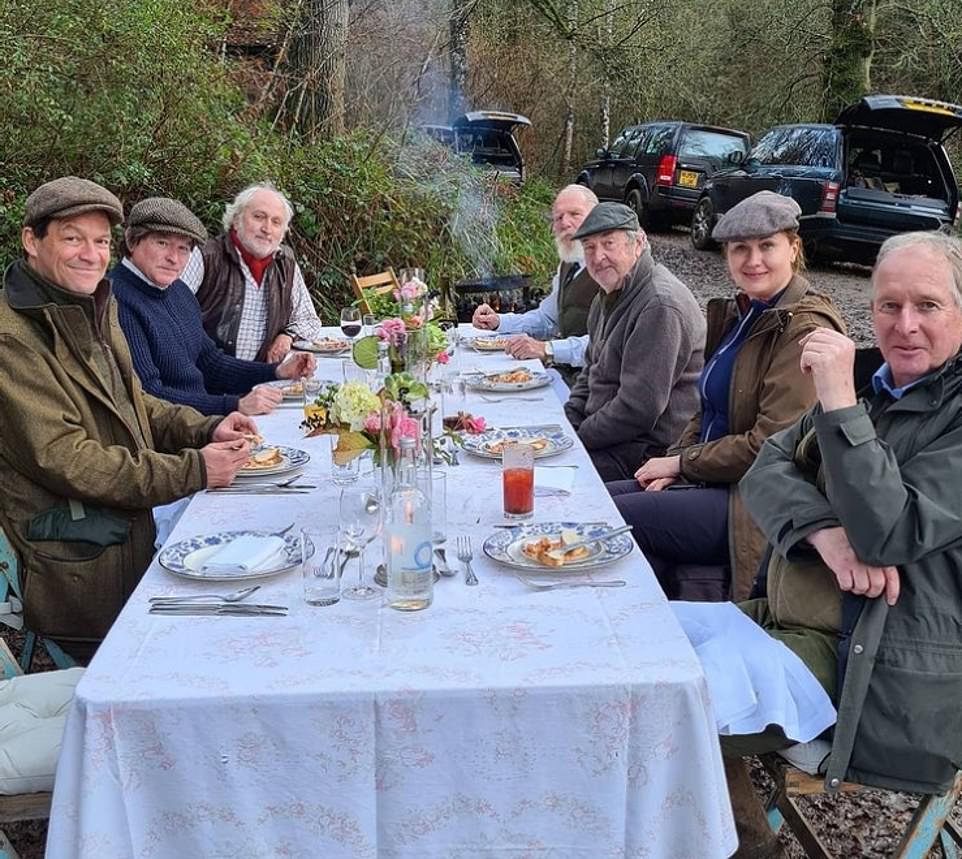 Shoots ARE allowed in Tier 2 … but what about outdoor lunches?

In Tiers 1-3, shoots are exempt from the rule of six limit on gatherings.

The organiser or participant of a shoot must instead ensure that all reasonable measures have been taken to limit the spread of coronavirus.

The actor enjoyed a meal near his Wiltshire home at the weekend, apparently after a shooting party.

Theatre producer Nick Allott posted a picture on Instagram with the hashtag #tier2picnic.

A smiling West, in flat cap and Barbour-style jacket, and Allott are among seven around the table, with a place-setting for an eighth diner and cutlery for three courses.

The rule of six applies to outdoor meetings in Tier Two areas such as Wiltshire.

Friends of the group last night cited British Association for Shooting and Conservation guidance that states ‘group shooting activities are not subject to gathering limits’ including the rule of six.

However, the guidance says shoots must conform to the relevant tier limits and ‘the exemption of outdoor physical activity does not apply to associated social activity’.

Catherine and Dominic’s s ten-year marriage has been hanging in the balance since October, when the actor was seen apparently kissing Lily, his co-star in an upcoming BBC adaptation of Nancy Mitford’s novel The Pursuit Of Love – on a trip to Rome in which they shared a scooter.

In October, Dominic and Lily travelled to the Italian capital for a rumoured two-night stay at the Hotel De La Ville.

As well as meeting their mutual acting agent, they were spotted sharing a scooter ride and in a clinch over lunch. 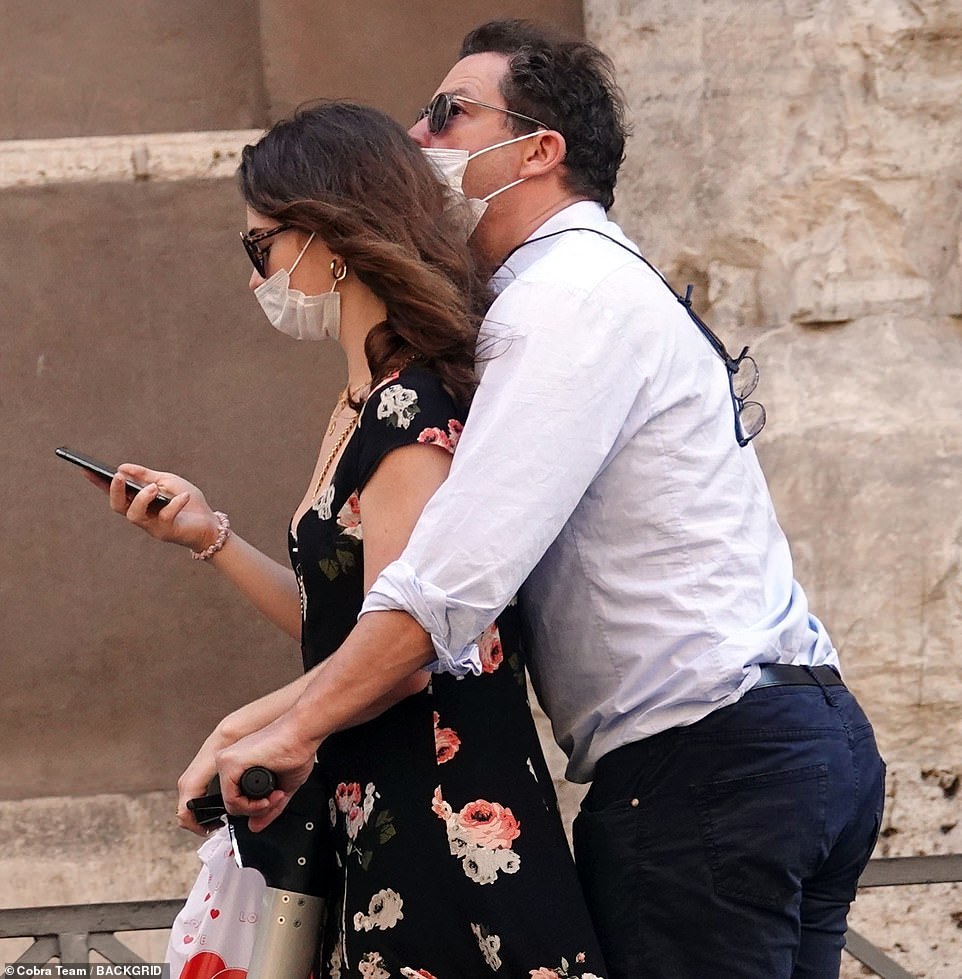 Hot water: The actor was seen apparently kissing Lily James, 31  on a trip to Rome in which they shared a scooter (pictured) 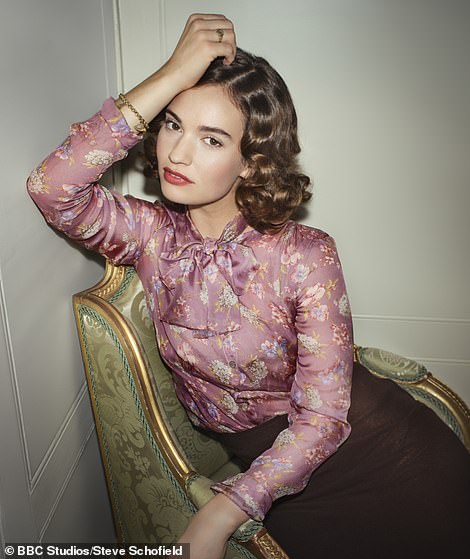 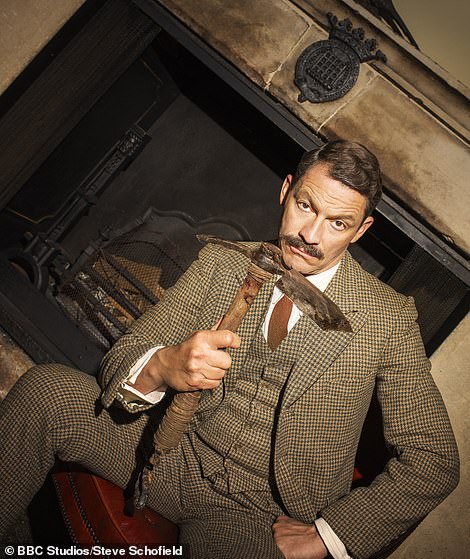 Working together: Lily and Dominic are set to star in Emily Mortimer’s adaptation of Nancy Mitford’s celebrated novel The Pursuit Of Love for the BBC featuring Emily Beecham & Andrew Scott – filming began in July

After they returned to the UK, West’s wife Catherine insisted ‘we’re very much still together’, and the couple shared a kiss for the world’s media outside their home in Chippenham, Wiltshire.

They kissed for the cameras outside their home and wrote a note that read: ‘Our marriage is strong and we’re very much still together.’

Catherine broke her silence to assure MailOnline that her marriage is ‘fine’, as friends confirmed she was determined to make her marriage work and avoid a divorce. 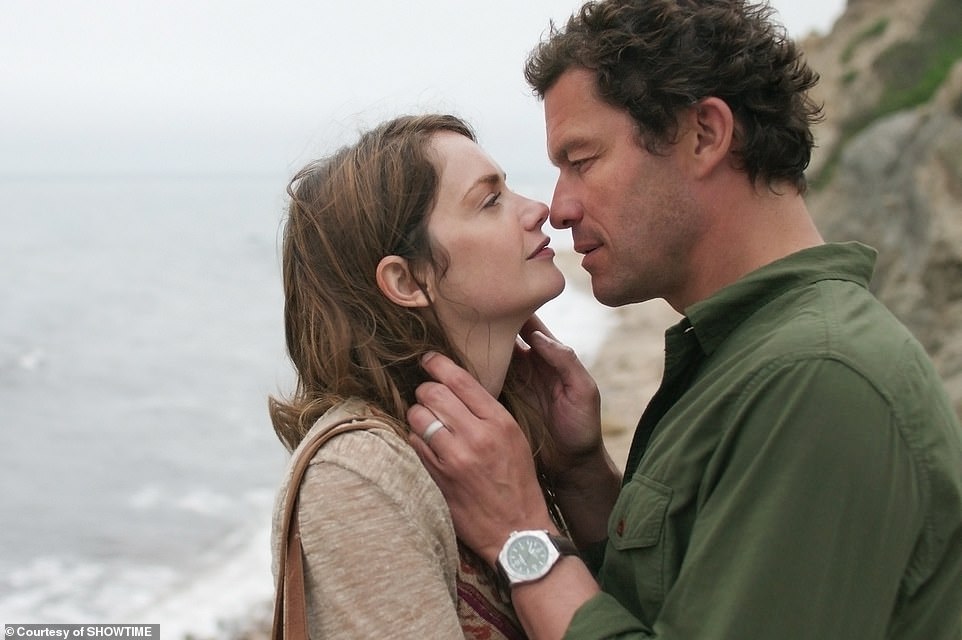 Role: Dominic is best known for playing Noah Solloway in Showtime drama, The Affair, which explores the emotional effects of an extramarital relationship between his character and Alison Bailey (pictured with former co-star Ruth Wilson)

She told a reporter: ‘We’re fine, thank you very much, yes we are. Things are OK between us. We don’t need any advice from anyone, thank you.’

A close friend of Catherine’s revealed: ‘Yes, Catherine was devastated and humiliated by the pictures of Dom with Lily. And it’s well documented and clear what his views on infidelity are.

‘It may surprise a lot of people but that doesn’t mean their marriage is close to ending. They have had some difficult discussions but are still very much together. They’ve got a lovely family and she wants to do everything she can to keep it together.’ 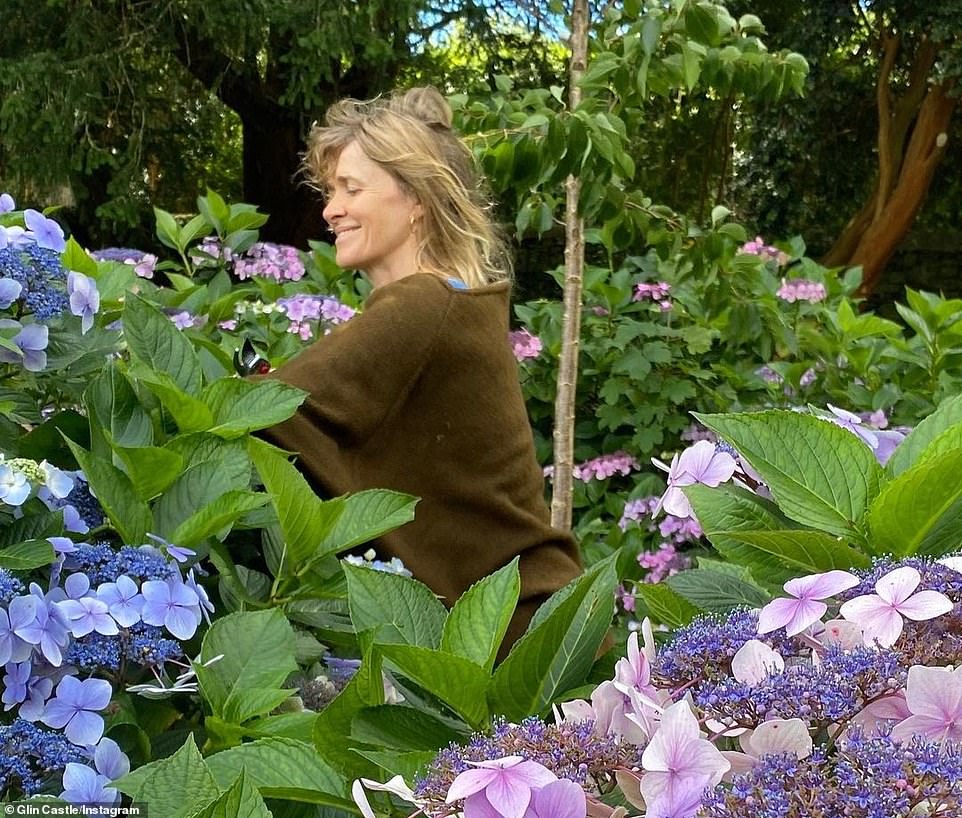 Another friend said: ‘Even if she wanted to, it’s not that easy for Catherine to walk away from the marriage because she’s locked into it in many ways.

‘They’ve got four young children and Dominic is also the main breadwinner. And there’s also the considerable financial investment in Glin Castle to consider.’

However, it was later reported the marriage is ‘as good as over’.

Catherine married Edward Lambton in 1995, becoming Viscountess Lambton for a time, until their divorce in 2002. 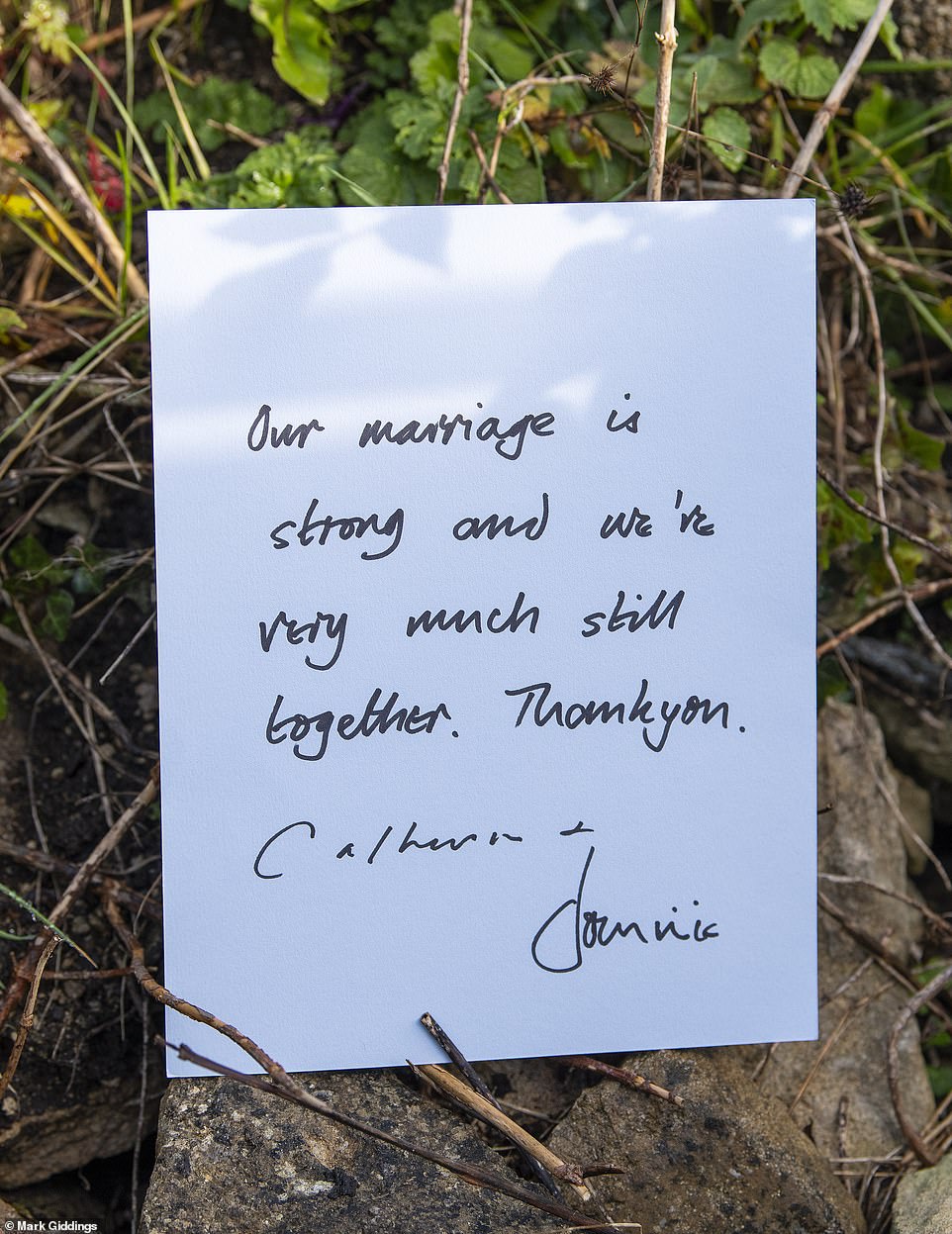 Bizarre: Shortly after his kiss with Lily, Dominic and Catherine handed out this note to reporters insisting they were together 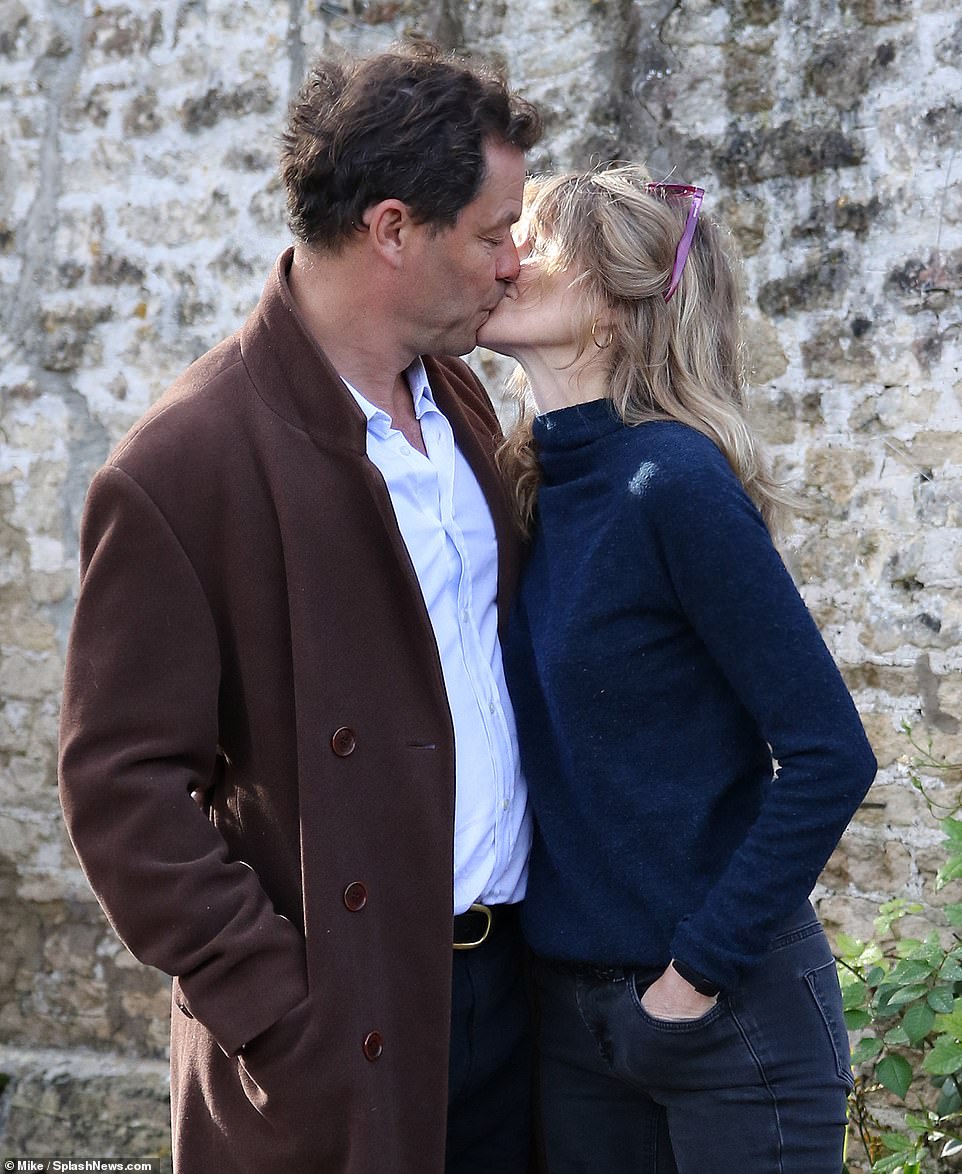 Couple: They put on a show of unity outside their Cotswolds home but hid their ring fingers 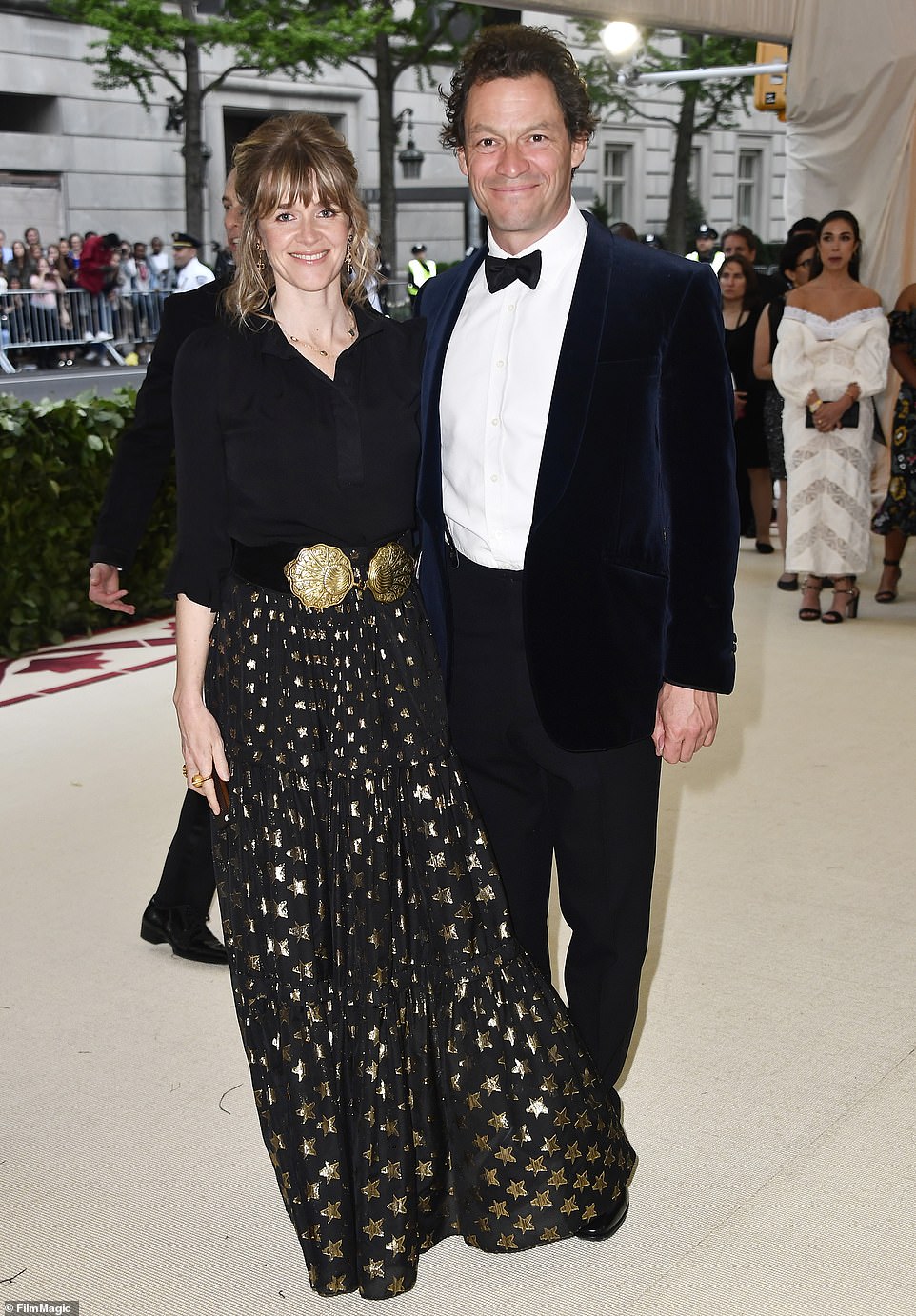 Hitting back: Catherine told a reporter: ‘We’re fine, thank you very much, yes we are. Things are OK between us. We don’t need any advice from anyone, thank you.’ (pictured in 2018)

The friend added: ‘The divorce left some deep emotional scars on Catherine and she doesn’t want to go through another painful break up. The experience left her feeling very crushed and it took a long time for her to get over it.

‘She wants to avoid another divorce at all costs.’

Last month, Catherine’s mother, Olda Fitzgerald posted a gushing comment on a photo of her son-in-law with her daughter Catherine, saying: ‘My eldest daughter and my darling son-in-law who both work so hard to keep me in clover! How lucky am I?’ 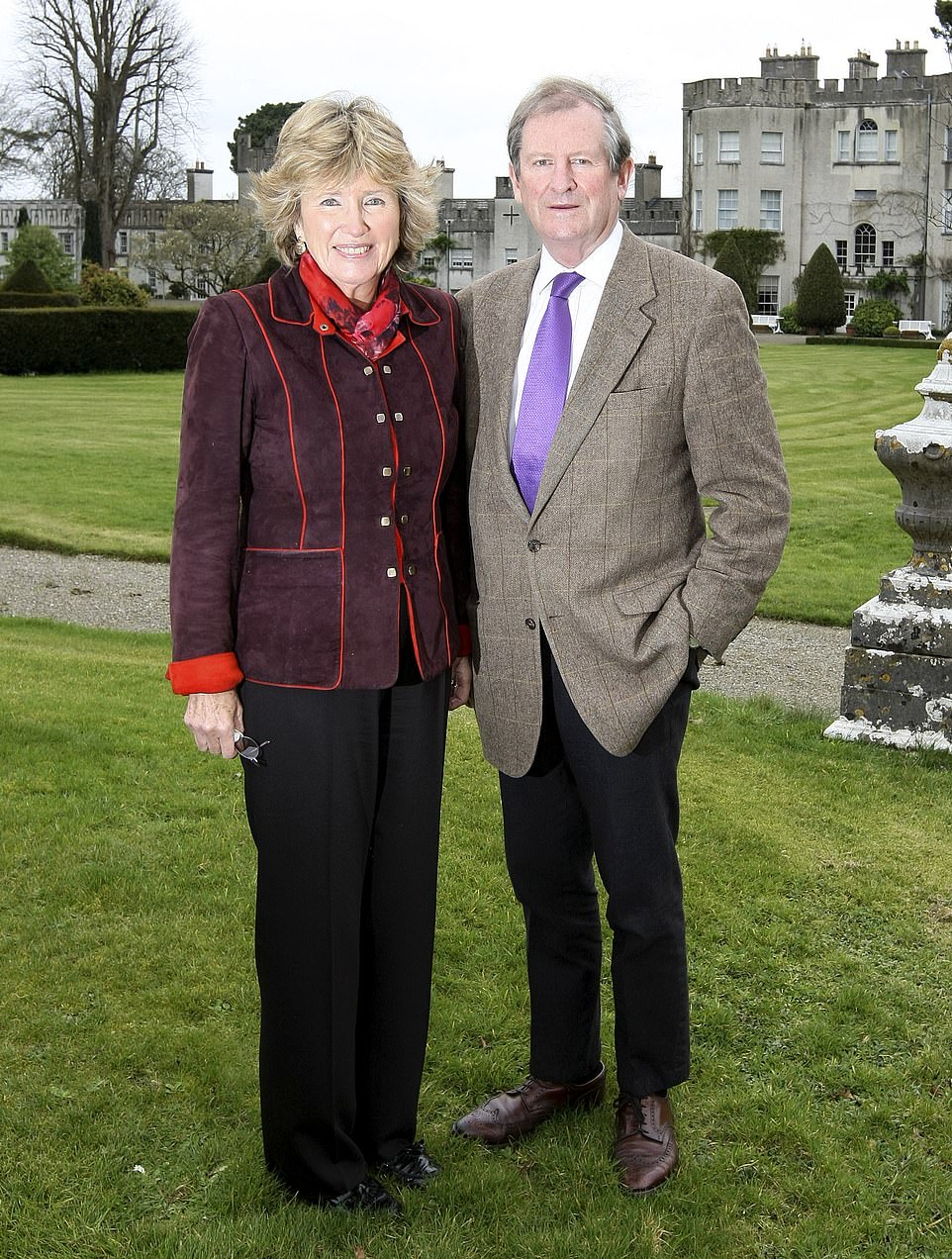 Tribute: Catherine’s mother Olda recently paid tribute to her ‘darling’ actor son-in-law Dominic – as friends revealed they are confident his marriage will survive the Lily James scandal (Olda pictured with late husband Desmond before his death in 2011)

‘Darling’: Taking to Instagram, the mother of Dominic’s wife Catherine , called him ‘darling’ as she commented on how ‘lucky’ she was on a picture of the couple posted to Glin Castle’s Instagram account

West and Catherine married in June 2010 after reuniting following their university romance.

Lily had met Dominic when they starred in a stage production of Othello in 2011, and Luncheon magazine, a biannual cultural title, brought them together again for a regular feature in which two celebrities shoot the breeze over a meal.

At the time, Miss James was regarded as one of the most promising acting stars, following starring roles in the BBC’s adaptation of War And Peace and the live-action version of Disney’s Cinderella.

She was two years into a relationship with Doctor Who star Matt Smith.

A delivery driver has claimed that Dominic West confessed to him that he had an affair.

Matt Vessey, 36, was delivering a lawnmower to the home the actor shares with his landscape gardener wife when he was met by a wall of photographers.

The delivery driver said he asked West about the media presence at the rural property.

Mr Vessey told MailOnline: ‘I am like, ‘What the hell is going on?’. He said, ‘It is a bit serious … I have had an affair’.’ One of West’s best-known roles is unfaithful author Noah Solloway in HBO drama The Affair.

Mr Vessey added: ‘I said to him, ‘Mate, I haven’t got a clue who you are’. All I had on my driver’s receipt was the name ‘Dominic’.’

The driver from Scunthorpe later called his father to ask why West had been in the news. He also said the actor had apologised to him for the press intrusion in his day.