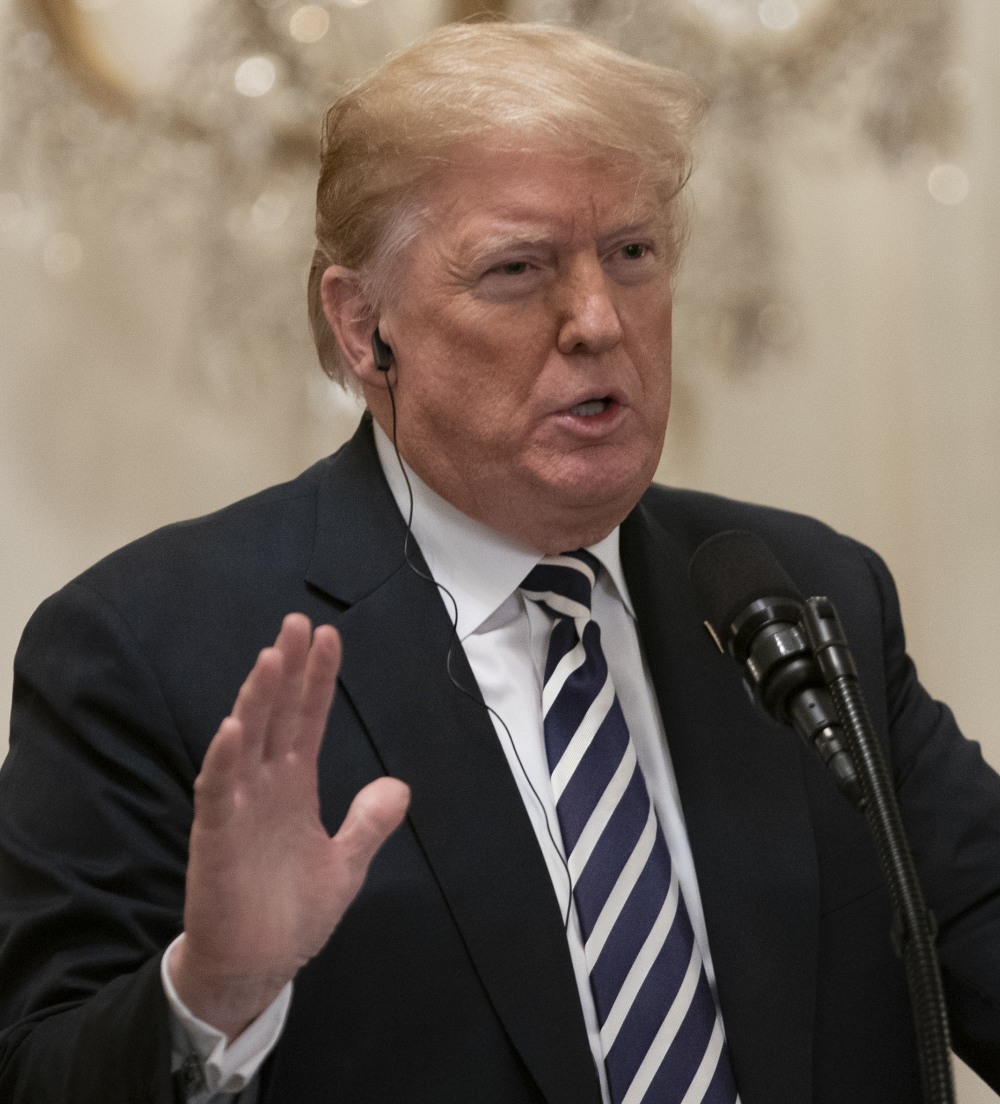 Yesterday, Donald Trump visited North Carolina to see the chaos and tragedy left in Hurricane Florence’s wake. His staff wrote a little statement for him to make on camera, but I’m not sure a speechwriter would or could come up with this genius line: “This is a tough hurricane, one of the wettest we’ve ever seen from the standpoint of water.” As opposed to being wet from other standpoints? He’s literally just saying water is wet. And his whole vibe in this video is almost gleeful, like he’s so pleased that he gets to visit devastation and tragedy.

Also super-charming was this interaction he had with a Florence survivor who ended up with a yacht washed up in his backyard:

That’s just some of what Bigly was up to yesterday. The Hill also published a transcript of their interview with Trump, which was technically conducted on Tuesday. If you want to laugh and then cry and then go back to bed because nothing matters, you can read the full transcript here. Trump doesn’t even know what he’s saying half the time, he’s just spewing out words and catchphrases and vague conspiracies. These are the most notable highlights:

Why he’s declassifying ‘memos’ from the FBI: “I have not reviewed them. I have been asked by many people in Congress as you know to release them. I have watched commentators that I respect begging the president of the United States to release them. We’re sitting with one right here, we’re sitting with two, you’re right. More than once. And I have had many people ask me to release them. Not that I didn’t like the idea, but I wanted to wait. I wanted to see what, you know, where it was all going. And I think this whole, it’s a hoax. You know Gregg Jarrett wrote a book called the Russian Hoax. It actually is a hoax. I call it a witch hunt, but it’s a hoax. Beyond a witch hunt…. I have been asked by so many people that I respect, please — the great Lou Dobbs, the great Sean Hannity, the wonderful great Jeanie Pirro.”

The Russian investigation: “They know that this is one of the great scandals in the history of our country. Because basically what they did, is they used Carter Page who nobody even knew, who I feel very badly for, I think he has been treated very badly. They used Carter Page as a foil in order to surveil a candidate for the presidency of the United States. And if you think about it, I’ve been under investigation, even though they say I’m not under investigation and I’m not a target. You do know I’m not a target and I’m not under investigation. But, this has been going on from seven months prior to the election. And then you had, the appointment of Mueller, who’s highly conflicted. Highly conflicted.

On the idea of a Deep State: “I don’t like to use it because it sounds so conspiratorial and believe it or not I’m really not a conspiratorial person. But I think it’s a sad day for our country.

On Brett Kavanaugh’s accuser: “Has she agreed to testify yet?… It’s a very big thing, if she doesn’t. So, I have said right from the start and people have been very happy with what I’ve said that we have to let both sides speak, we have to take a look at his absolutely incredible record, a record like almost none other that I’ve seen. You know, between the schools, the intellect. You know I said yesterday, “not a blemish on his record.” And you have to look at what she has to say. So, I don’t want to comment on her until I see her.… The Democrats have had this letter for three months. They could have brought it up at the hearing during, you know, in course during the hearing. Dianne Feinstein knew all about it and if she knew about it that meant [Charles] Schumer knew about it. And every Democrat knew about it. This is no different than the Russian witch hunt, what they’ve done is they make up a lot of stuff and try and obstruct and resist.

I can’t. I read this yesterday and my mouth fell open and I had to shut off my computer and just not think about the presidency for a few hours. Please vote in the midterms. 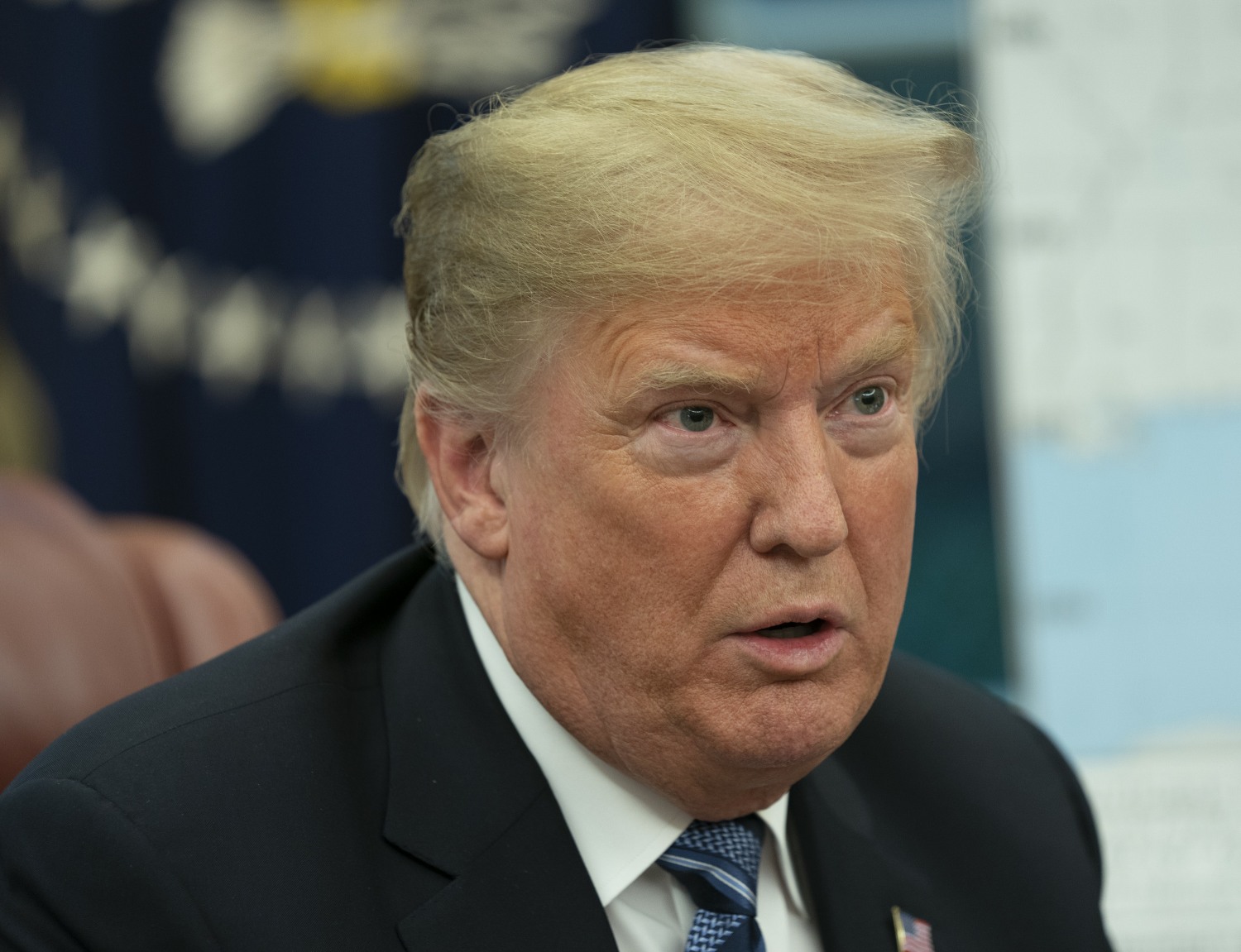