That didn’t take long! President Donald Trump seemingly hit back at Meghan McCain following her perceived digs at him during her eulogy at senator John McCain’s Washington, D.C., funeral on Saturday, September 1.

Hours after The View cohost, 33, delivered an emotional, fiery speech at the Washington National Cathedral in honor of her late father, in which she appeared to slam the 72-year-old president, Trump posted a tweet that seemed to reference her words. 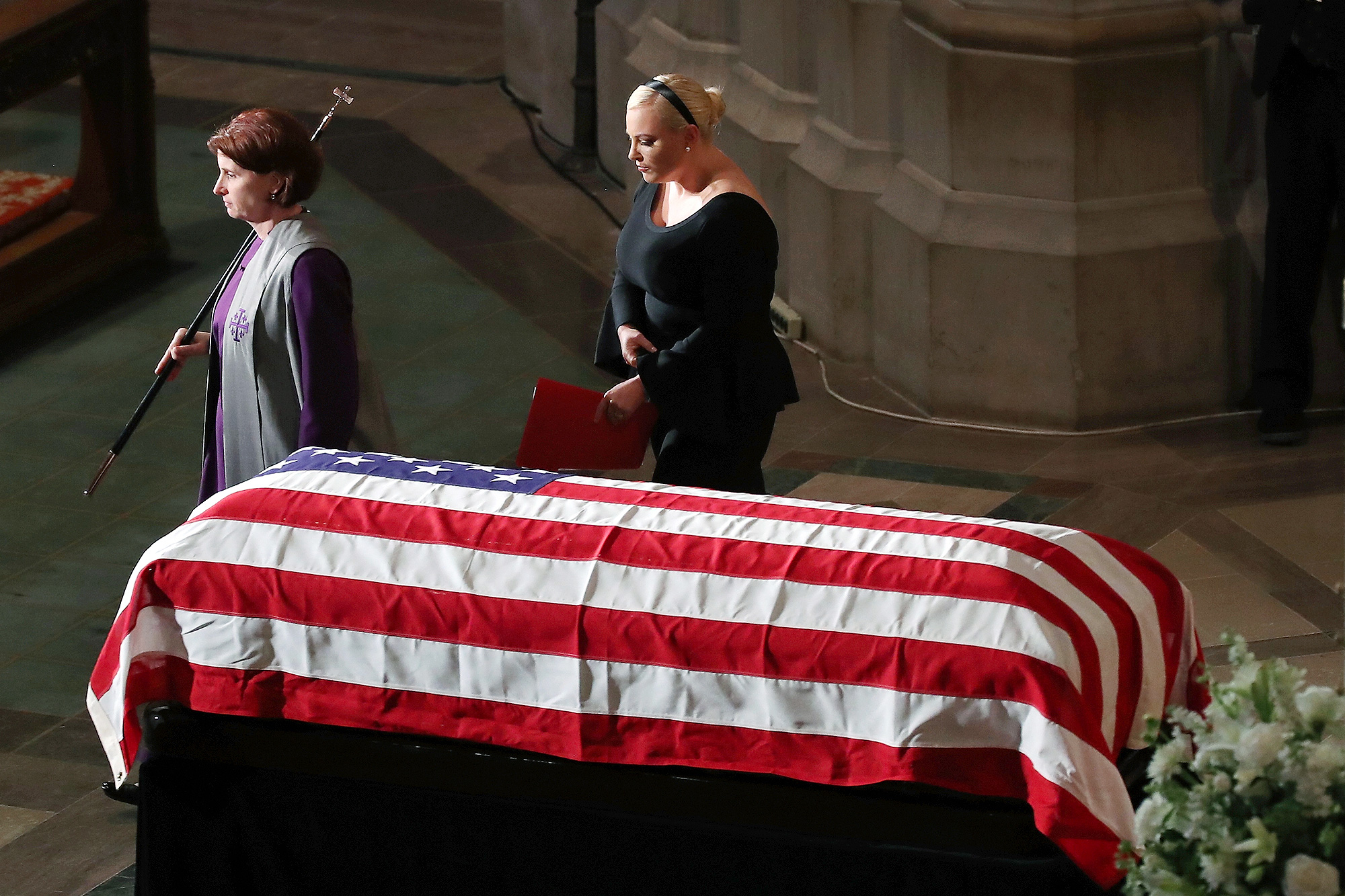 Meghan made headlines for altering his aforementioned slogan during her eulogy.

Toward the end of her tribute, the TV personality stated: “The America of John McCain has no need to be made great again, because America was always great.”

Meghan isn’t the only one who appeared to have hard feelings against Trump after he opted to remain silent about the late Arizona senator’s funeral.

While members of the public and political world were mourning the death of the navy vet, Trump was tweeting about the Russian collusion investigation and NAFTA the day of the funeral service, leading commenters to express their distaste.

“Have you no sense of shame? Decency?” one follower tweeted. Another added, “How about you stop tweeting for just two hours while we respect John McCain.”

John McCain died on August 25 after a battle with an aggressive type of brain cancer called glioblastoma. He was 81.

Former president Barack Obama — who the late senator ran against for the presidency in 2008 — as well as George W. Bush were among those who eulogized the politician on September 1.