Drew Barrymore, 46, and Cameron Diaz, 49, applauded by fans and famous friend for ’embracing their age gracefully’ without ‘fillers or filters’ in new snap

Drew Barrymore and Cameron Diaz garnered praise on Instagram for ’embracing their age gracefully’ after posting a natural snap.

The Charlie’s Angels co-stars — who are 46 and 49 respectively — received an overwhelming amount of positive feedback from fans who were overjoyed to see that both had ‘aged naturally’ without reliance on ‘fillers or filters.’

The Drew Barrymore Show host posted a photo of the duo on Wednesday as she wrote ‘Bestie hour with my bestie poo poo!!’ 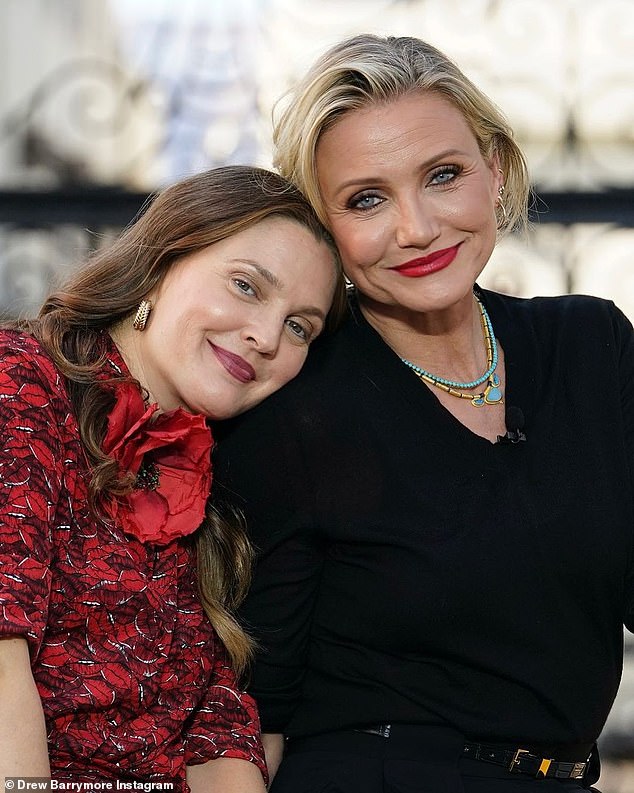 Like a fine wine! Drew Barrymore and Cameron Diaz received praise from fans who marveled at their beauty and their ability to let themselves ‘age naturally’ as seen in their new selfie

The actresses who became close friends after working on the Charlie’s Angels films back in 2000 and 2003 alongside Lucy Liu, were seen buddying up to each other.

Though both were wearing makeup, the photo showed off their beauty lines and their un-filtered skin, which was a breath of fresh air to fans amid the overwhelming amount of cosmetic procedures that run rampant in Hollywood.

Famous names including Gwyneth Paltrow and Kristen Bell commented on the photo in addition to adoring fans.

‘Beauty without filters and enhancers, this is what social media needs more of,’ wrote one while another said ‘Love you you’re embracing your age gracefully.’ 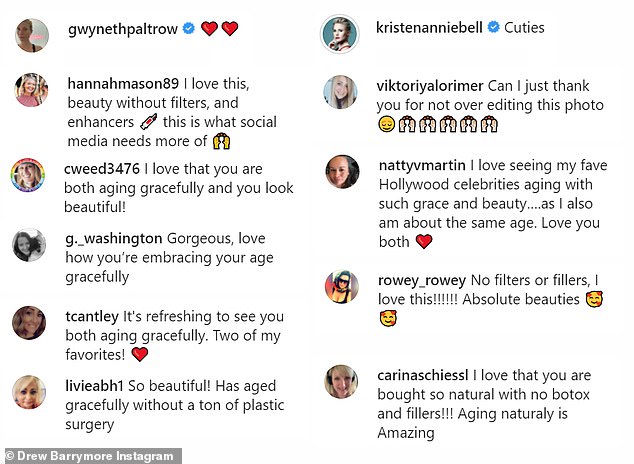 Praise: An overwhelming amount of fans wrote that it was ‘refreshing’ to see the women ‘aging naturally’ ‘without a ton of plastic surgery’ for a change

Another said it was ‘refreshing’ to see two women ‘aging gracefully’ while another fan echoed the sentiment while adding that it was nice to see faces ‘without a ton of plastic surgery,’ for a change.

Both ladies have spoken out about the topic of plastic surgery in the past, openly.

Diaz, 49, confessed to trying botox in a 2014 Entertainment Tonight interview but said she immediately regretted it as it ‘changed’ her face ‘in such a weird way.’

‘I’ve tried [Botox] before, where it was like [a] little tiny touch of something. It changed my face in such a weird way that I was like, “No, I don’t want to [be] like [that]”. I’d rather see my face aging than a face that doesn’t belong to me at all.’

She continued to say that though her laugh lines are noticeable, she has no ‘problem’ with them. ‘I love it, I don’t mind. It’s like, “Guess what this means, I’ve smiled my whole life.” I love life. I’m happy I don’t have a problem with that.’ 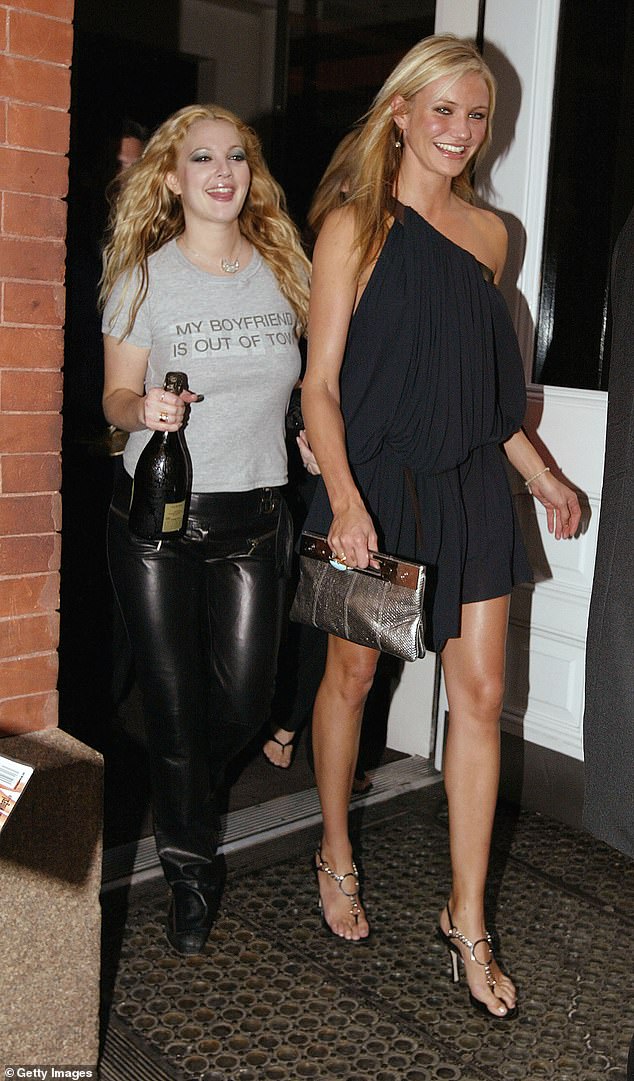 Younger years: The duo first became friends after working on the Charlie’s Angels films back in the early 2000s; pictured 2003

And Barrymore, 46, said on an episode of her show back in February that she’s ‘never done anything’ to her face but knows that based on her ‘addictive’ personality, it would get out of hand if she did an injection even once.

‘I’ve never done anything to my face and I would like to try not to…The thing that I do care about and I do feel is still relevant to my life is the face.

‘I know myself. I’m a highly addictive person. I do one injection, I’m going to look like Jocelyn Wildenstein,’ she said, comparing herself to the socialite notorious for her extensive face work.

She continued to say being ‘anti’ plastic surgery was also a way to rebel against the ‘pressure’ women face to maintain their beauty — especially in the public eye.

‘I think because I’m so rebellious that I saw all of that pressure and I saw all of those women torturing themselves to look a certain way and I thought, “You miserable people.” I just never wanted to be afraid of what life would do to me.’ 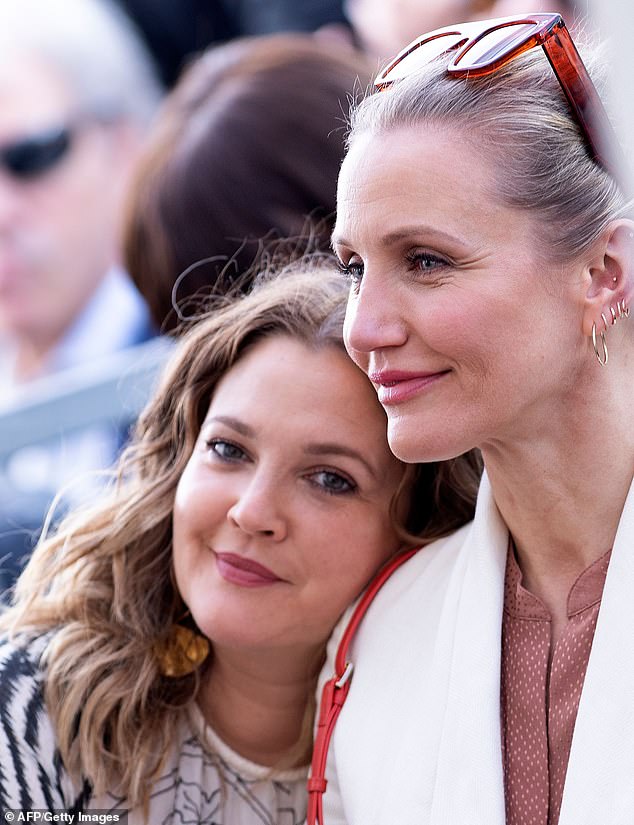 Au natural: Both ladies have spoken about the topic of plastic surgery in the past, openly with Diaz saying she regretted getting botox and Barrymore saying she has ‘never done anything’ to her face; pictured 2019