Baby bumpin’ and bundled up! Pregnant Duchess Meghan and Prince Harry shined like stars in the night sky as they arrived at the Natural History Museum in London on Tuesday, February 12, ahead of a gala performance of The Wider Earth.

The event was in support of the Queen’s Commonwealth Trust Opens a New Window. — which “champions, funds and connects young leaders who are working hard to change the world” — as well as the Queen’s Commonwealth Canopy Opens a New Window. . The Canopy is a network of forest conservation initiatives helping to save and preserve the natural habitat for future generations.

The former Suits actress, 37, showed off her growing baby bump in a formfitting, cream Calvin Klein turtleneck dress that she paired with a knee-length coat by Amanda Wakeley and olive green Ralph Lauren suede heels and matching clutch. The former military pilot, 34, looked dapper in a navy blue suit with a pale-blue and gray tie that matched his eyes.

The couple — who are expecting their first child together this spring — smiled as they were greeted with handshakes. Their outing comes a week and a half before the Duke and Duchess of Sussex will embark on a trip to North Africa.

“The Duke and Duchess of Sussex will visit Morocco from Saturday 23rd February to Monday 25th February 2019,” Kensington Palace said in a statement to Us Weekly on February 8. “This visit is at the request of Her Majesty’s Government. It will build on the close relationship between the U.K. and Morocco.”

The Palace’s statement noted: “The Duke and Duchess are looking forward to the visit which will highlight the vital roles that girls’ education and youth empowerment are playing in, and shaping, modern Morocco.”

Earlier this month, a source told Us that Harry is “keeping a close eye” on Meghan, who is set to give birth in late April or early May, so that she doesn’t “overwork” herself.

“Harry’s being his usual amazing self around Meghan,” the source told Us. “She’s not the best at knowing when to put the brakes on — that’ll be Harry’s job. He’ll make sure she’s not doing too much as they enter the final weeks.”

Scroll down to see pictures from Meghan and Harry’s night out at the Natural History Museum. 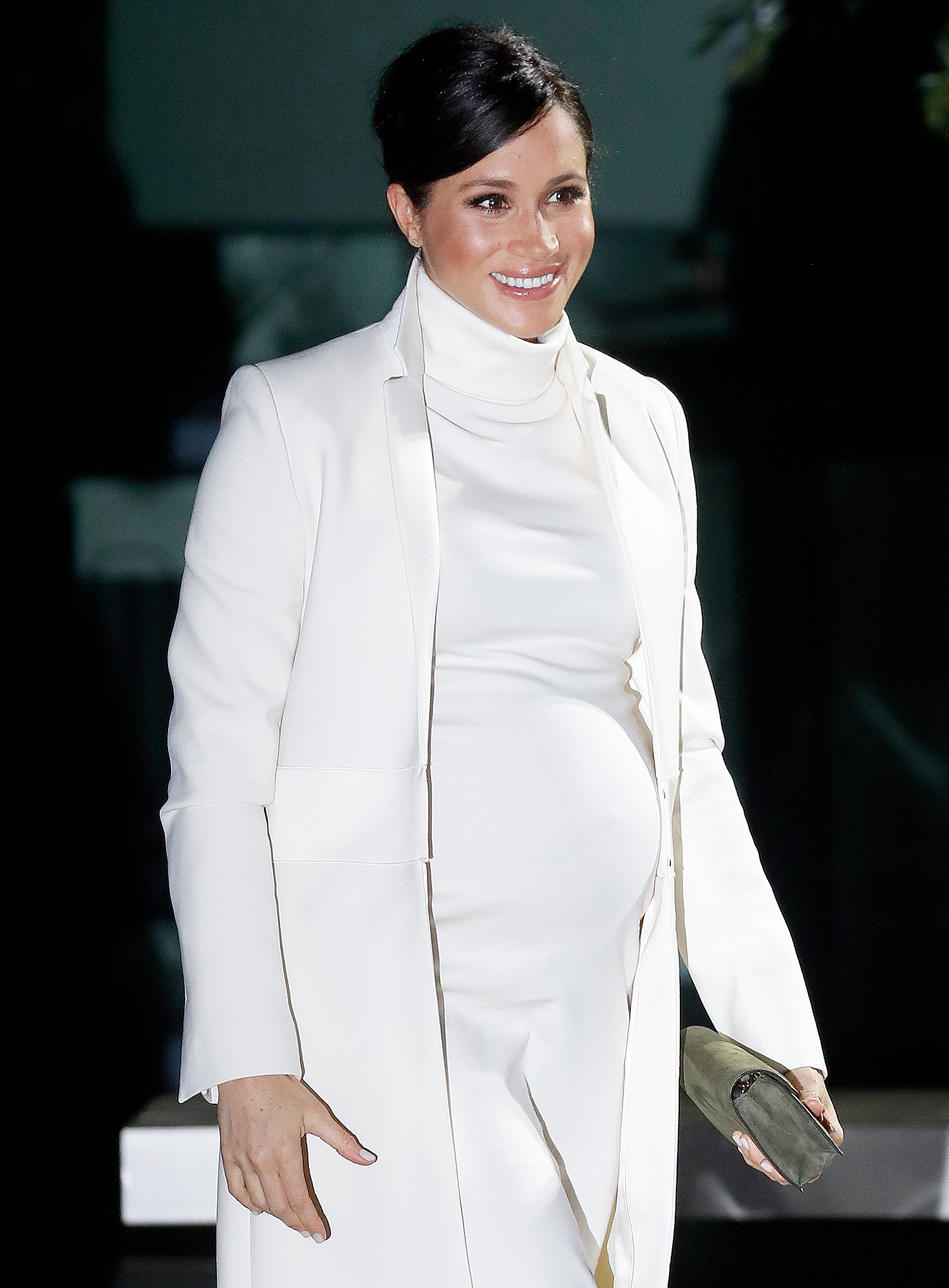 Enjoying the Hustle and Bustle — For Now!

Meghan beamed as her growing belly was on full display, however, she’ll soon be taking a lower profile closer to the arrival of her first child. “Royal engagements will be drastically reduced and the duchess will begin maternity leave from royal duties [ahead of the birth],” Queen Elizabeth II‘s former press secretary Dickie Arbiter told Us earlier this month. 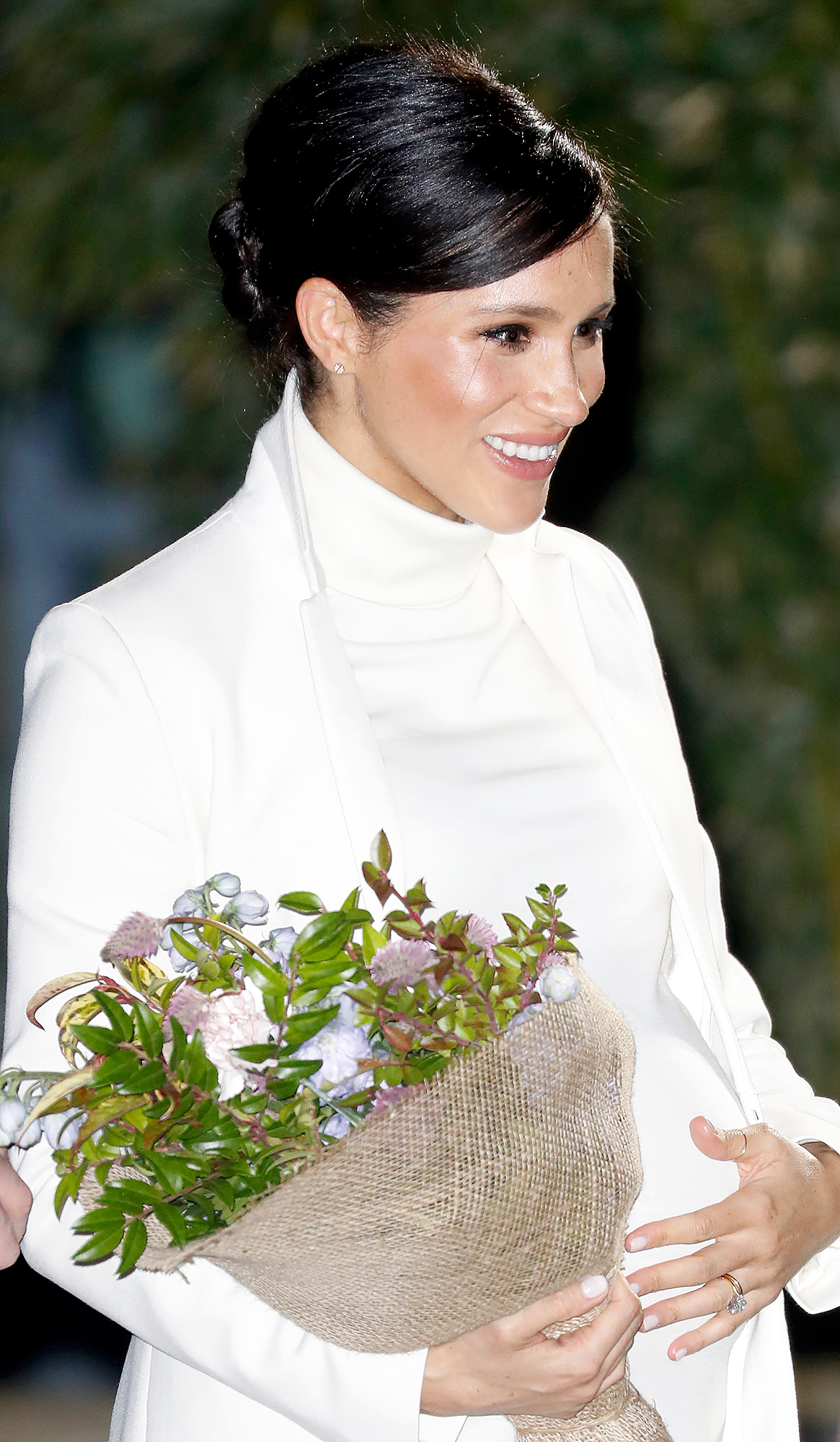 A Bouquet and a Bump

The California native held tight to a gorgeous floral arrangement with her right hand, while her left hand was perfectly placed on her midsection. 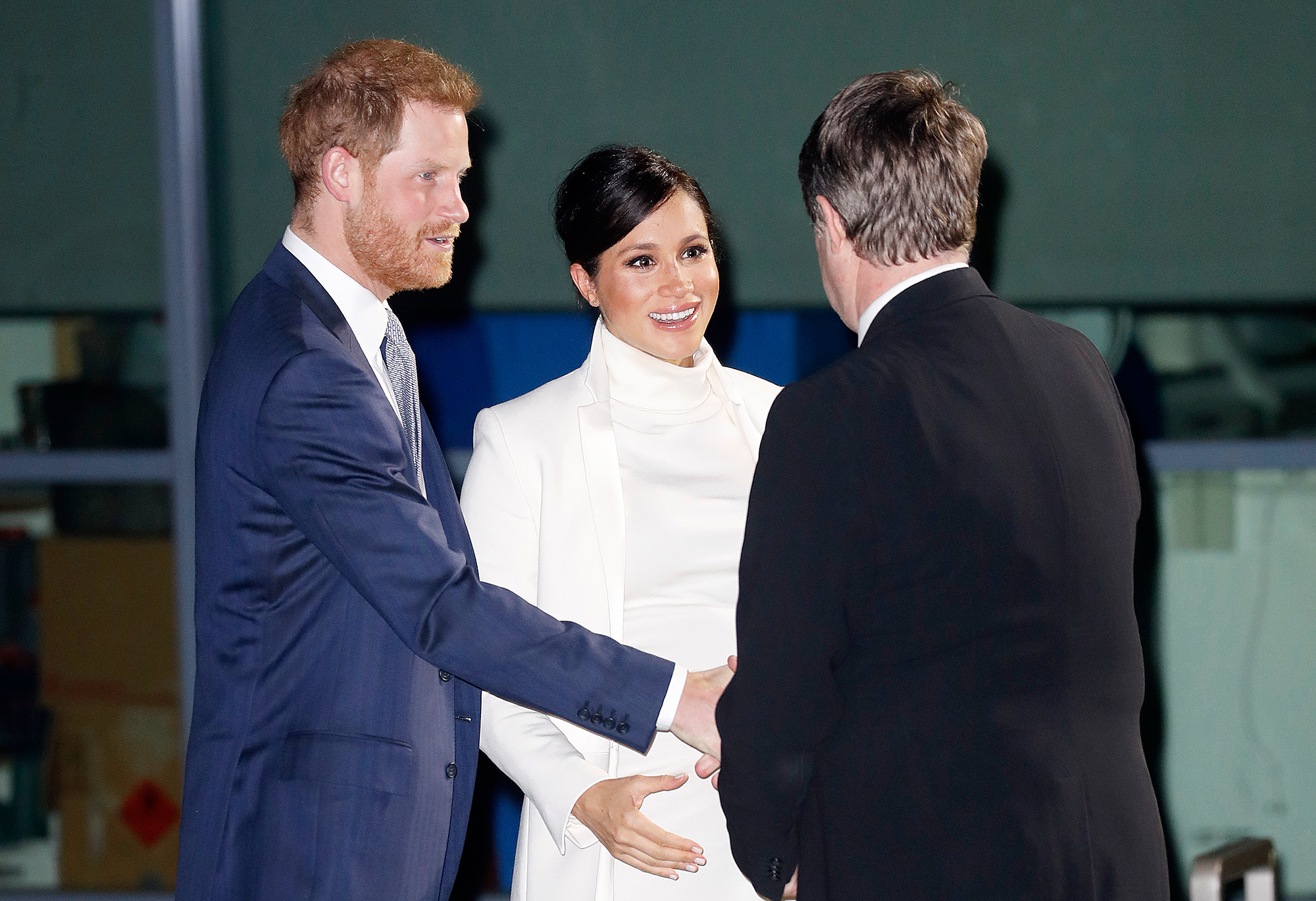 Harry and Meghan smiled as the prince reached out for a handshake. 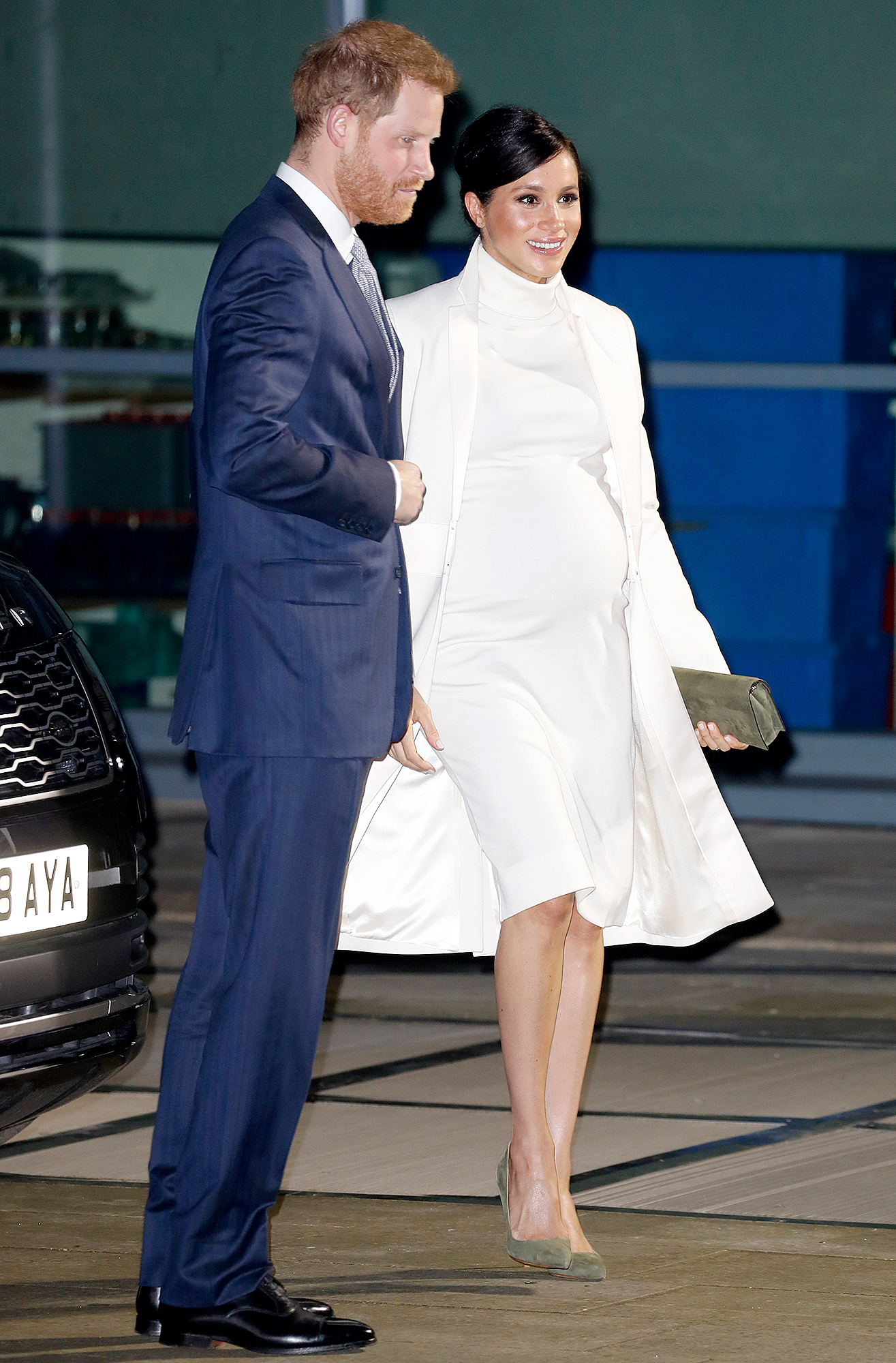 The pair looked perfectly put together as they strolled into the event alongside each other.