Fresh images show what the financial outlay has achieved in terms of breathing new life into the Square, with all of its popular landmarks faithfully restored by a team of dedicated set designers.

What began as a rubble strewn patch of land adjacent to the show’s original set has been transformed into the fictional East London enclave after builders returned to work following a disruption prompted by the COVID-19 outbreak and Britain’s subsequent lockdown. 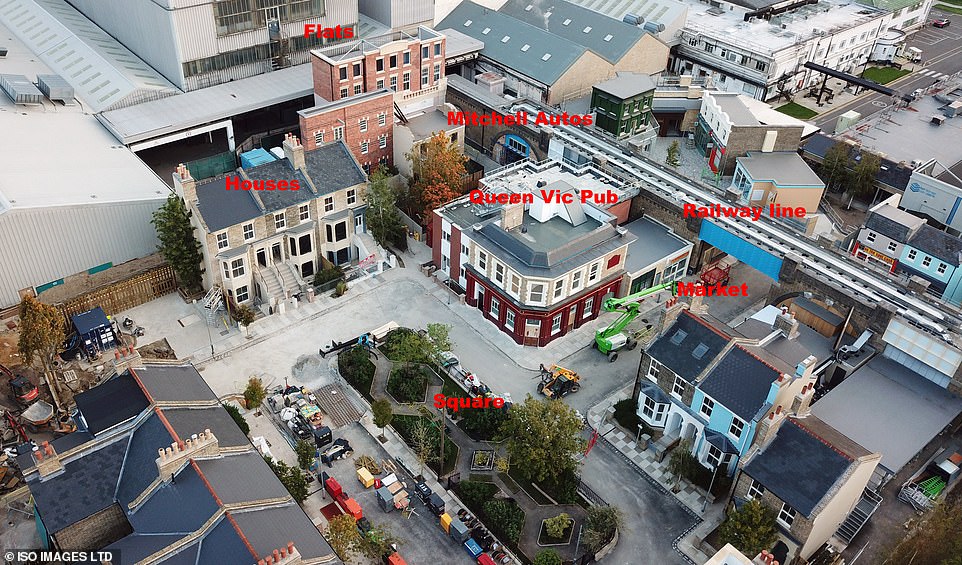 While the Queen Victoria pub takes precedence, other familiar Albert Square landmarks have been rebuilt by the EastEnders production team.

Beneath the show’s famous railway line local businesses including Mitchell’s Autos, the Polish supermarket, the E13 nightclub and show stalwart Ian Beale’s fish and chop shop can all be seen.

Authentic terraces houses and flats also jostle for position around the Square’s small garden and it’s network of narrow streets. 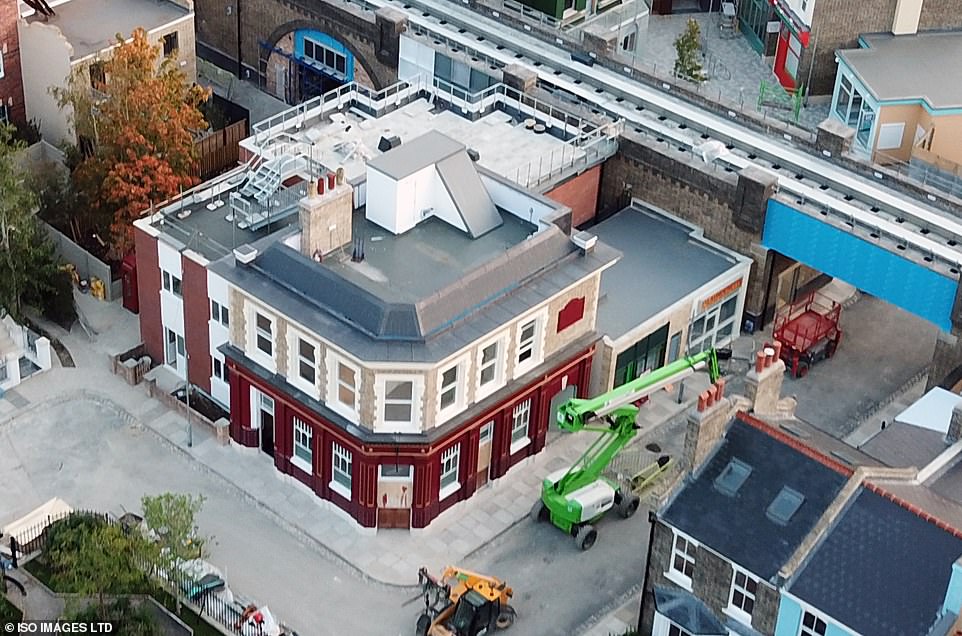 There it is: The completed Queen Victoria pub is visible in all its glory as set designers add the finishing touches to the square

No expense spared: The Polish supermarket, Mitchell’s Autos, the E13 club, Walford market and Ian Beale’s local chippie have all been faithfully rebuilt as part of the £87 million outlay

The BBC was accused of ‘complacency’ over the astonishing £87 million bill for its new EastEnders set in March.

The project, nicknamed E20 after the soap’s fictitious postcode, went £27million over budget and is not expected to be fully completed until May 2023, nearly five years late.

MPs said BBC bosses ‘badly’ managed the construction and that they made ‘a serious error’ by failing to consider what project management skills they needed. The public accounts committee said they secured a contract poorly, drastically increasing costs.

The committee also found that contract negotiations took six months longer than planned, partly because of discussions about what bricks to use for the set. Meanwhile, the corporation spent £50,000 on samples.

MPs added that they were ‘disappointed by the BBC’s complacency in managing this project, particularly in its early stages’.

And they said the BBC ‘underestimated the scale and complexity of the project, including how it would age the new sets so that they either exactly replicate what viewers are used to, or look realistic where there are new locations’. 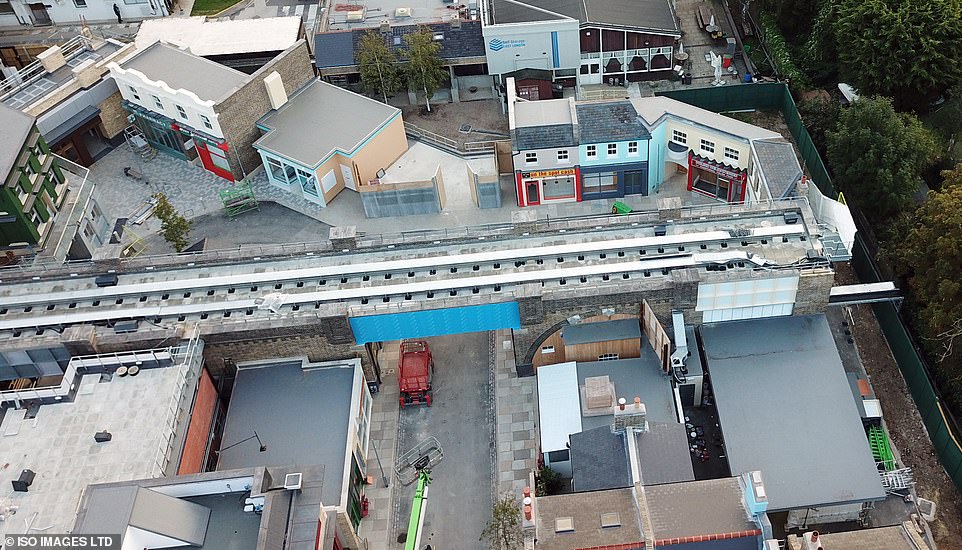 Authentic: The railway line sits high above the square and its network of currently empty streets 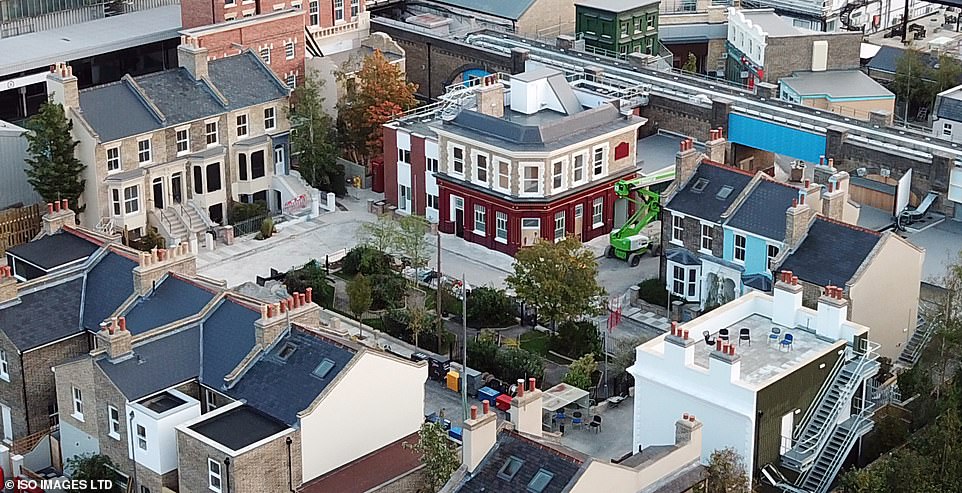 Fancy a pint? The Queen Victoria inevitably dominates the new Albert Square, which went £27million over budget and is not expected to be fully completed until May 2023

The set consists of a ‘front lot’ – a brickwork replica of the current set – and a ‘back lot’, which will provide extra locations to ‘better reflect modern East End London’.

A BBC spokesman said at the time: ‘We strongly reject the notion that there has been any complacency in managing this project.

‘Like any building work of this scale, there have been challenges along the way including construction market issues beyond our control and working on a brownfield site.’

The extended sound stage sees a new railway line and block of flats in place, replicating the soap’s original set up. 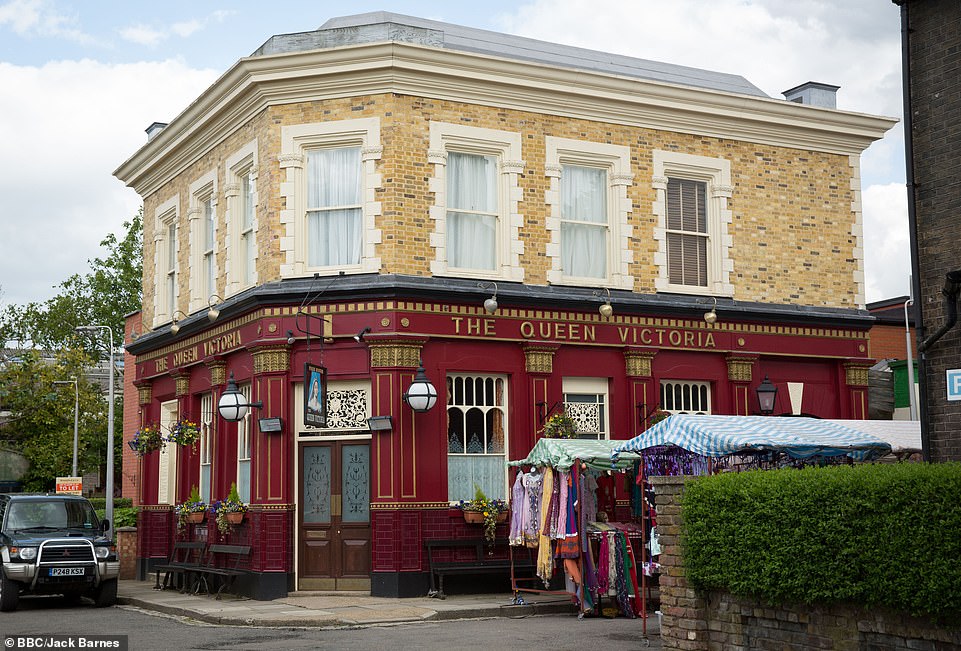 Legendary: The famous red-walled Queen Vic pub pictured on the original set has been recreated by BBC bosses

EastEnders’ brand new set was first announced four years ago when it was also revealed that the show’s old 1984 set was in poor condition.

According to The Telegraph last year, ongoing maintenance issues on the old set hampered the show’s filming schedule and presented health and safety concerns.

The updated set will allow the crew to film the programme in HD as bosses feared filming above standard definition on the current set would allow viewers to notice that the fronts of the Queen Vic and its surrounding buildings are made of plaster and plywood.

EastEnders returned to TV screens on Monday September 7 after the coronavirus pandemic resulted in the show going off air for the first time in its 35-year history.

Updated filming techniques now adhere to social distancing guidelines, however bosses have ‘cheated’ the social distancing rules with CGI trickery, Perspex screens and the use of stars’ real-life partners, who served as body doubles for intimate scenes. 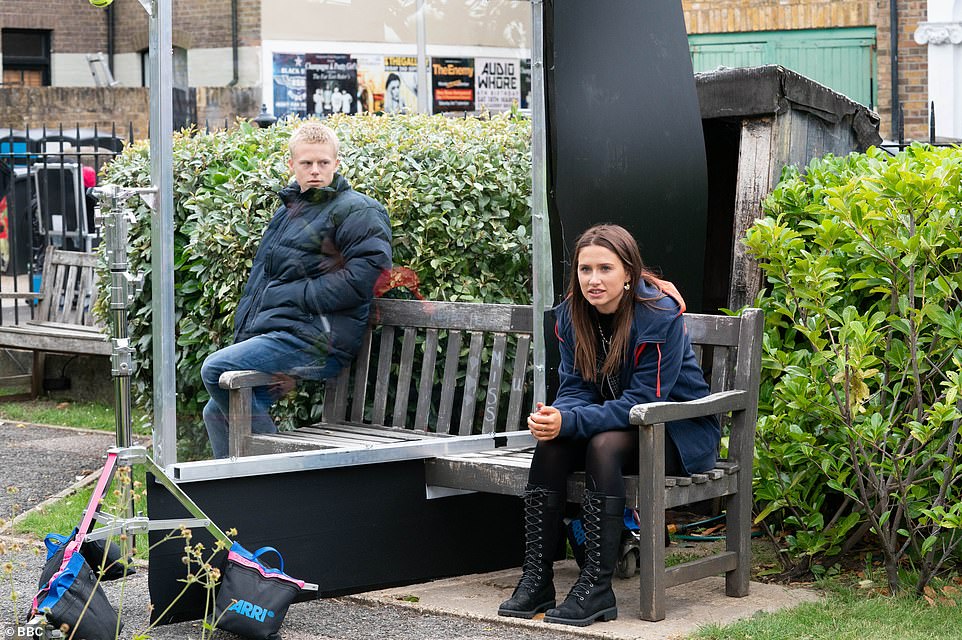 EastEnders: Real-life partners as body doubles, CGI trickery and kissing through Perspex screens… bosses have revealed the secrets to filming during COVID-19 crisis as soap returns