Home » Celebrities » EDEN CONFIDENTIAL: Did Harry have 'court jester' over to raise morale?

Prince Harry has a £100million Netflix deal, an £11million mansion with 14 bathrooms and Hollywood stars desperate to be his friend, but is he starting to miss his former life?

For I hear he invited one of his oldest friends to visit his home in California.

‘Court jester’ Guy Pelly, who has known the Prince since he was a boy, was joined on the visit by his wife, Elizabeth Wilson, and their three-year-old daughter, Willow.

‘They were kindly invited by Harry and Meghan,’ a source tells me. ‘Despite what’s been said about Harry losing touch with his old friends, he was keen to see Guy.’ 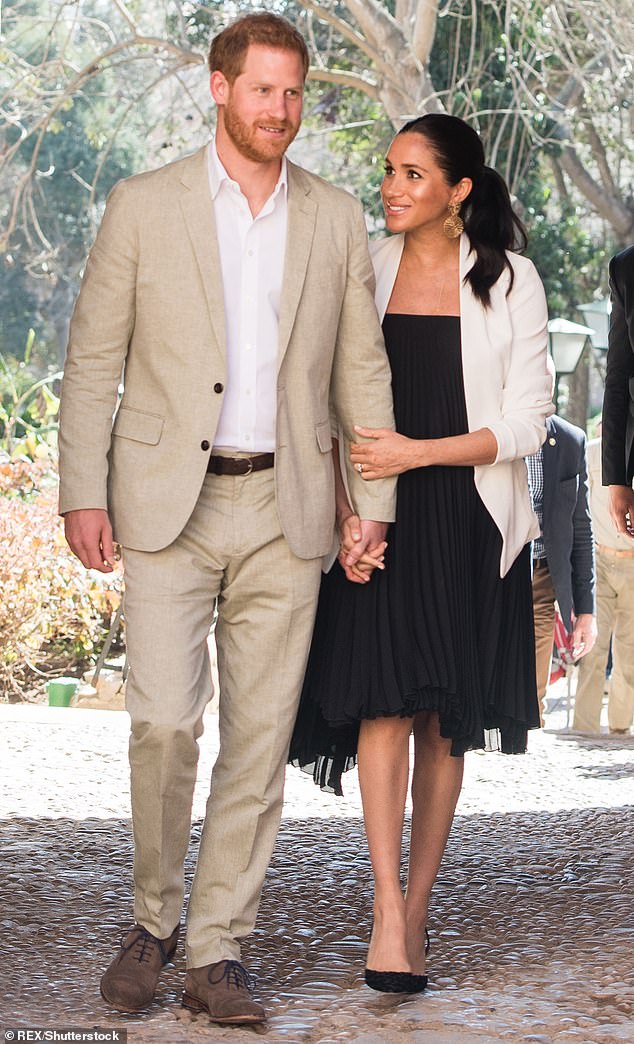 Prince Harry (pictured alongside Meghan Markle) has a £100million Netflix deal, an £11million mansion with 14 bathrooms and Hollywood stars falling over themselves to be his friends, but is he starting to miss his former life?

The visit is understood to have taken place while the Duke and Duchess of Sussex were staying at the £14million mansion owned by American entertainment tycoon Tyler Perry. The couple announced last month that they had moved to a in the coastal city of Santa Barbara.

Pelly does have something more in common than most of Harry’s friends as his spouse is also a member of the ‘American wives’ club’.

Lizzy is from Tennessee and is an heiress to the Holiday Inn fortune. When she married Pelly in 2014, their wedding led to the end of Harry’s two-year romance with actress Cressida Bonas.

Harry was reportedly reluctant to pay for Cressie’s air fare to attend the three-day bash in Memphis. Cressida expected Harry to pay because she didn’t have the money herself and felt that as Guy was his friend, not hers, the request seemed reasonable enough. Harry refused, there was a spat and they split. 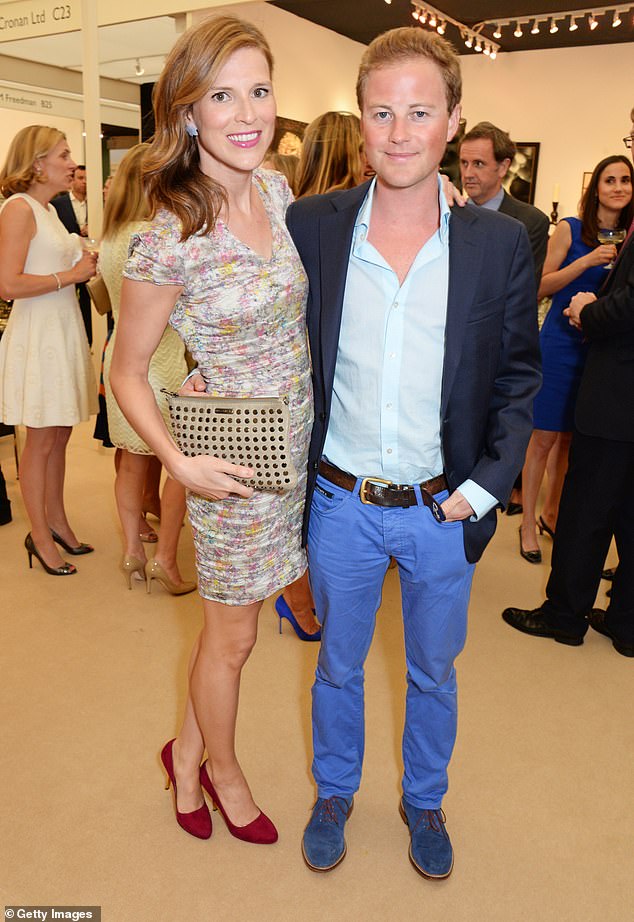 Guy Pelly was invited to visit Harry and was joined on the visit by his wife, Elizabeth Wilson (pictured together), and their three-year-old daughter, Willow

Perhaps urbane former nightclub boss Pelly could act as a peacemaker between Harry and Prince William? He does share an unshakeable bond with the royal brothers.

When, infamously, Harry was photographed wearing a Nazi uniform to a private fancy dress party, Pelly was at his side dressed as the Queen, whom he apparently mimicked to great effect.

When he was erroneously blamed by Palace officials for introducing the teenage Harry to drugs, and ostensibly cast out of the royal circle, he didn’t complain and stayed silent.

When it later emerged that he’d had nothing to do with Harry’s adolescent experimenting with cannabis, Pelly was welcomed back into the royal fold almost as a third brother.

He organised William’s stag night and is known for such antics as shimmying 40 feet up a marquee during a Prince’s Trust concert, stripped to his boxer shorts. And William asked Pelly to be godfather to Prince Louis in 2018.

Pelly, who has never spoken about his friendship with the royals, declines to comment.

This will leave you breathless! Fifty Shades Of Grey author E.L. James saw her fortune rise to £65.7million last year.

Born Erika Mitchell, the novelist set up the business in 2012 and runs it with husband Niall Leonard. 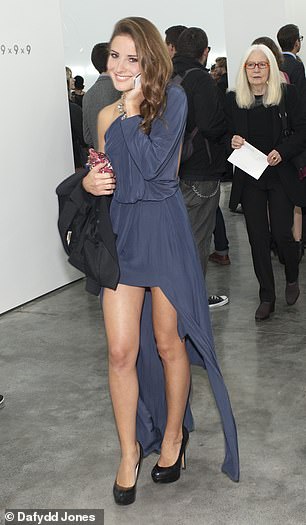 Often seen hobnobbing with the likes of Damien Hirst and sculptor Sir Anish Kapoor, Harriet Clapham is fast becoming an influential figure in the art world.

And she’s certainly made an impression on colourful Sotheby’s chairman Harry Dalmeny.

I hear that enchanting Harriet, who runs an art advisory business, is being courted by Lord Dalmeny following his split with society model Martha Sitwell last year. ‘They’re very serious about each other,’ a friend tells me.

Scottish property developer’s daughter Harriet is a graduate of Sotheby’s Art Institute and has worked at the Gagosian Gallery in Mayfair.

To celebrate her turning 31, Harry, 52, threw her a party at his family’s stately home, Dalmeny House, on the Firth of Forth in Scotland, which she described as ‘the most perfect birthday weekend’.

The Old Etonian, who has five children with his ex-wife Caroline, is known for his flair, once sporting a suit for an auction which was cut away to reveal suspenders to honour what would have been Queen singer Freddie Mercury’s 65th birthday.

With foreign travel plans subject to sudden disruption, the Earl of Portsmouth is struggling to find someone to join him on a week-long horse ride across the Dolomites.

So the twice-married earl, Quentin Wallop, 66, has taken the unusual step of advertising for a companion on the trip to Italy later this month.

He took the drastic measure, he tells me, because all his riding friends are either ‘busy, nervous of precipitous terrain or are in countries currently under lockdown’. 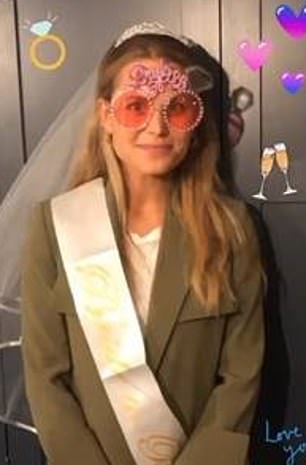 Heiress Irene Forte was treated to a surprise party in London

Forced to postpone her wedding because of the pandemic, Irene Forte was determined to mark the occasion nevertheless.

But with her plans scuppered, she was treated to a surprise party in London instead.

‘I was meant to be getting married in Sicily next weekend,’ Irene, pictured right at the celebration, tells me.

‘So my five closest friends threw me a very sweet surprise dinner/mini hen-do.’

He’s the heir to Blenheim Palace and a £100million fortune, but the Duke of Marlborough’s son is busy thinking about the next generation.

I can reveal that the Marquess of Blandford, George Spencer-Churchill, 28, has become a father after his wife, interior designer Camilla Thorp, 32, gave birth to a daughter on Thursday night.

‘Everyone is delighted,’ a member of the family tells me.

The source declines to say where the baby was born. Insurance broker George’s kinsman Sir Winston Churchill was born in a bedroom at Blenheim.

The couple’s daughter, who has not yet been named, won’t inherit the family estate and fortune because of male primogeniture, which dictates it must go to the oldest son or closest male heir.

Things must be getting serious for Sex Education star Gillian Anderson and The Crown scriptwriter Peter Morgan.

For, in that modern rite of passage, the actress, 52, has posted online her first photograph cosying up with the celebrated screenwriter, 57, with whom she’s been living since the start of lockdown. 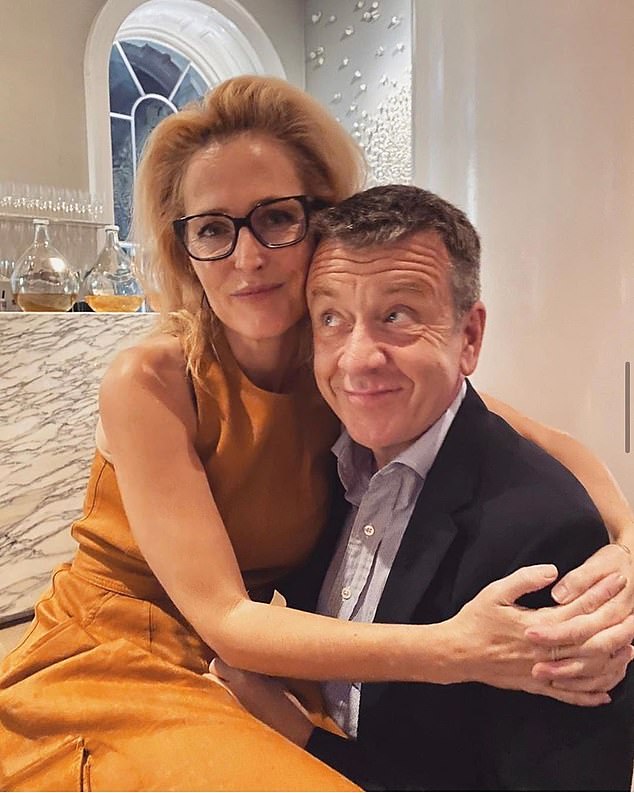 Things must be getting serious for Sex Education star Gillian Anderson and The Crown scriptwriter Peter Morgan. For, in that modern rite of passage, the actress, 52, has posted online her first photograph cosying up with the celebrated screenwriter, 57, with whom she’s been living since the start of lockdown

The picture was taken at the newly reopened Spring Restaurant in Somerset House, which Anderson praised as ‘the tastiest in London’.

It’s good she’s keeping him well fed. Morgan once reacted furiously when his then wife, Lila, served him their children’s leftover fish fingers for supper.

Just a few months after I disclosed that Sir Bruce Forsyth’s widow, Wilnelia, had sold their beloved marital home for £5.5million, the former Miss World winner has secured a huge ‘Brucie bonus’.

I can reveal that Lady Forsyth has been paid more than £5.1 million after the former Strictly host’s business, Bruce Forsyth Entertainments Ltd, was shut down.

She was left in sole control of the company which managed his earnings.

Newly published documents show she was paid an initial £4.75million in cash last December, which was topped up by a further £350,000 from a U.S. bank account two months ago.

Here’s some news that will shock the billionaires who used to enjoy rolling the dice at The Ritz Club. I can reveal that the owners of London’s most elegant casino have sold their gambling licence to the Hard Rock Cafe.

The club, which was housed in the basement of The Ritz hotel, hosted stars such as Al Pacino and Johnny Depp, but it was closed before lockdown, leaving members ‘devastated’.

The revamped casino will not reopen in the same location.

Instead, it will be in the basement of the nearby Hard Rock Hotel, which opened last year.

The Ritz hotel was sold by Daily Telegraph owners Sir Frederick and Sir David Barclay to a Qatari investor for £750million in March.

What should you do when you want to fly first class but your partner doesn’t?

Prince Andrew’s pal Caroline Stanbury, 43, was faced with this dilemma when she boarded a flight to Greece with her new Spanish toyboy, Sergio Carrallo, 25.

The star of reality show Ladies Of London was able to sip champagne and nibble caviar in a first class cabin on the United Emirates Airlines flight from Dubai, while the former Real Madrid footballer travelled economy because he didn’t want to fork out £2,000 for the upgrade.

Insisting that Sergio isn’t bothered, Caroline, who separated from her financier husband, Cem Habib, last year, tells me: ‘It’s not his priority — he honestly doesn’t care. He thinks I am ridiculous.’