"The Ellen DeGeneres Show" is ready to return to television.

The program will debut its 18th season on Monday, Sept. 21, according to a statement from the comedian's rep and obtained by Fox News on Tuesday.

It will be filmed from the studio with no in-studio audience, likely due to the coronavirus pandemic health restrictions.

“I can’t wait to get back to work and back to our studio. And, yes, we’re gonna talk about it,” said DeGeneres, 62, in the statement, seemingly in reference to the accusations of the show allegedly being a toxic workplace and accusations of sexual misconduct against producers.

‘The Ellen DeGeneres Show’ has come under fire for its alleged toxic workplace.
(NBC)

While the "Finding Dory" star has also faced accusations of rude behavior herself, the show has seen a massive shakeup recently when executive producers Ed Glavin and Kevin Leman and co-executive producer Jonathan Norman "parted ways with" the show.

Additionally, Tiffany Haddish will "join DeGeneres in-studio and help kick off the new season," according to the show host's representative.

Alec Baldwin, Chrissy Teigen and Kerry Washington will also appear during the show's first week, while Chris Rock, Amy Schumer, Adam Sandler, and Orlando Bloom will appear "throughout the month."

Stephen "tWitch" Boss, who was recently named a co-executive producer, will serve as guest host for a number of episodes. 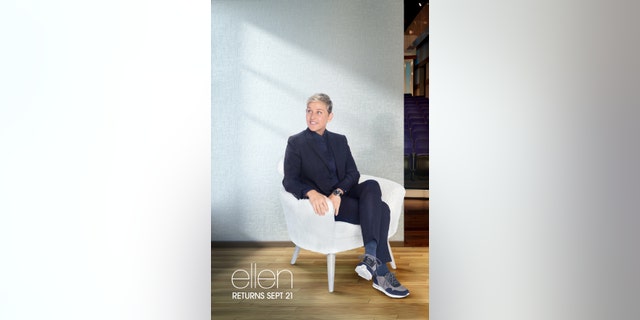 The new season promises to deliver "uplifting, inspiring, and hilarious experiences to viewers."

Among the claims of the poor work environment are rumors of a "no eye contact" rule from DeGeneres, which she has reportedly denied and called "crazy."

The star has offered multiple apologies to her staff as stories continue to break regarding their alleged mistreatment.