The Trainwreck star, 38, posted an Instagram photo of herself surrounded by friends on Friday, December 6. “These people love Times Square year round,” she wrote, adding a tree emoji. Stone, 31, and McCary, 34, beamed in the shot alongside the Inside Amy Schumer alum’s husband, Chris Fischer.

Schumer and the Oscar winner belong to the same friend group, which also includes Jennifer Lawrence, Brie Larson and Lena Dunham. The Captain Marvel star, 30, opened up about the squad in a 2017 interview with Vanity Fair, noting that Woody Harrelson connected her with Stone and the Hunger Games actress, 29, after working with each of them. The Girls alum, 33, and the I Feel Pretty star later joined in a group text.

“That [group of friends] saved my life,” Larson gushed. “I was able to talk with them about everything that was going on in my life, and it was with people who had been through it before and are also hilarious. That support and acceptance was everything. I was home-schooled, so I didn’t have friends that had the same interests as me, and I found it to be absolutely incredible.” 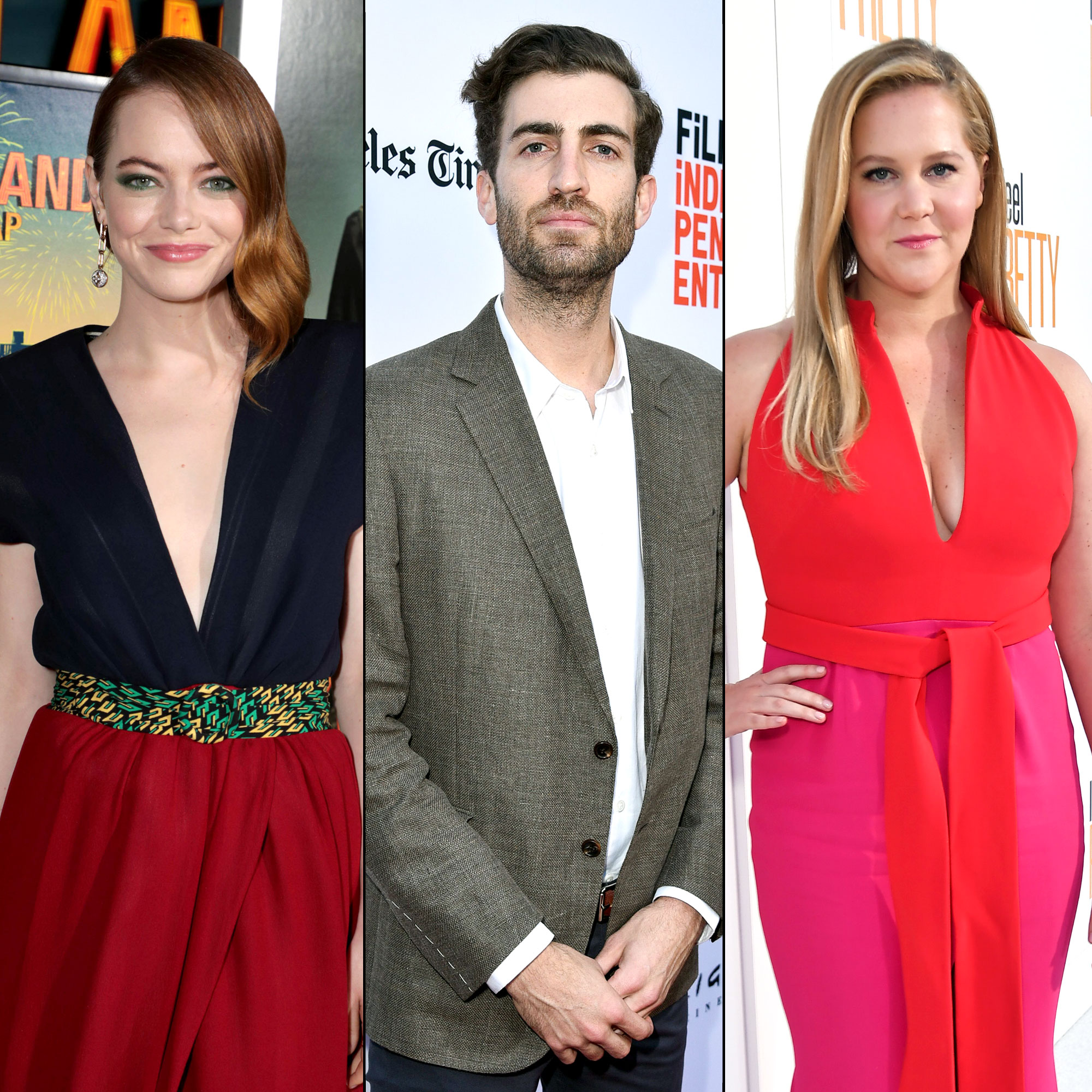 Stone and McCary, meanwhile, announced their engagement via Instagram on Wednesday, December 4. The former Saturday Night Live writer posted a pic of the actress showing off her stunning engagement ring.

The couple were first linked in June 2017. They have kept their romance mostly private but have not been afraid to show PDA on several occasions.

A source told Us Weekly exclusively in December 2018 that Stone and McCary were “attached at the hip” while attending a roller-skating party in L.A. “They stood right next to the stage in their skates for all of Haim’s set, dancing together and singing along,” an onlooker revealed at the time. “At one point, they slow-danced to a somewhat upbeat song. He initiated it and she excitedly followed. They held hands [with] his other hand around her waist and hers around his shoulders.”

The duo later shared a table with Taylor Swift and Joe Alwyn at a Golden Globes afterparty in January. “Emma and Dave were super touchy-feely and affectionate, which seemed to make Taylor more comfortable doing the same with Joe,” an eyewitness told Us. “It seemed like a very fun and light-hearted date night.”