Erika Jayne tried to look casual when she stepped out to run errands around Los Angeles on Tuesday.

But that does not mean the 50-year-old Real Housewives Of Beverly Hills star was in inexpensive clothes and accessories. 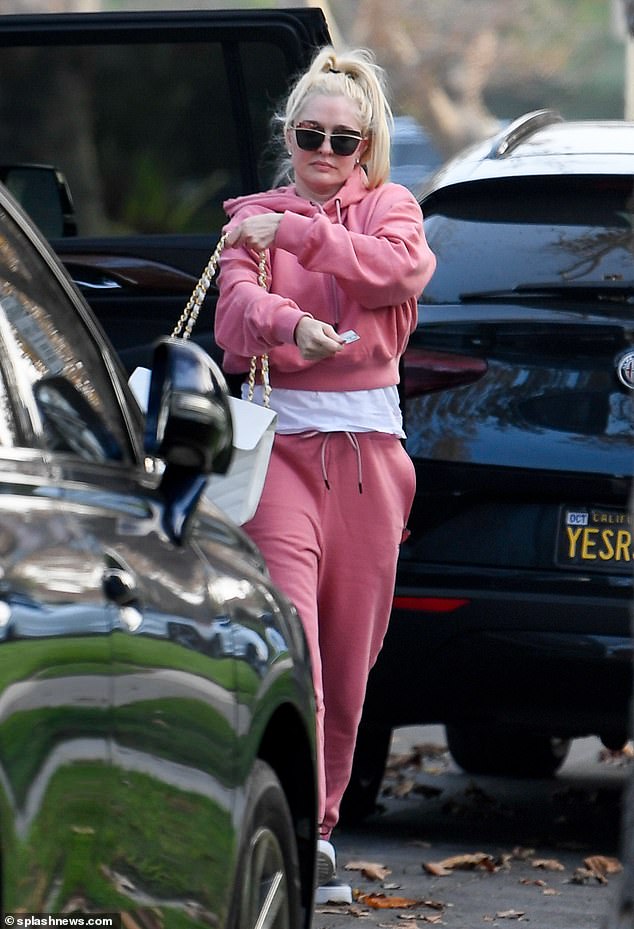 Pretty in pink: Erika Jayne tried to look casual when she stepped out to run errands around Los Angeles on Tuesday 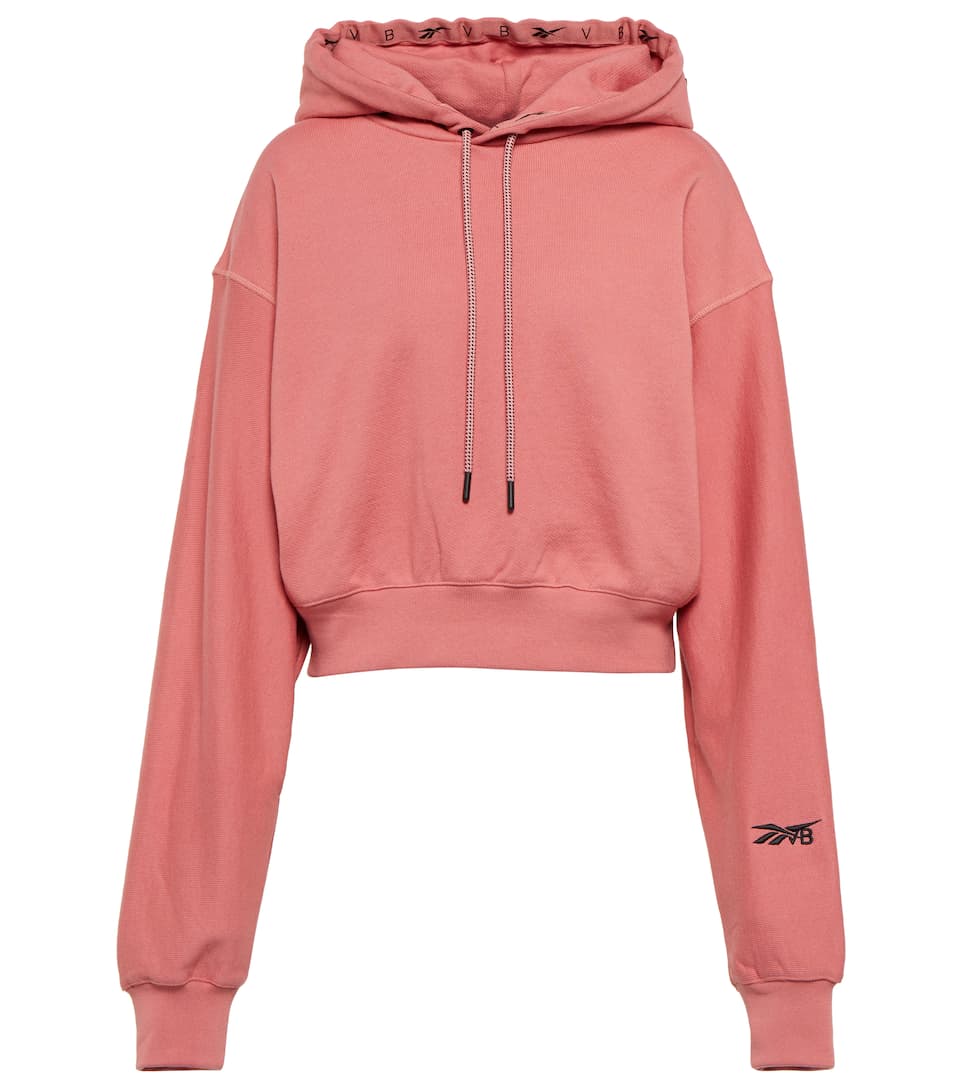 The reality TV star was being driven home in a black SUV.

The singer’s outing follows her fiery performance on the fourth RHOBH reunion episode, in which she defended herself vehemently against questions about her connection to her estranged husband Tom Girardi’s alleged financial misdeeds.

Erika looked sporty in the bubblegum pink hoodie ($180) and matching sweatpants ($160), plus a white T-shirt underneath.

She contrasted the bright outfit with her black leather sneakers, and she added some luxury to her look with a white quilted Chanel handbag featuring a thick gold chain.

The reality star had her platinum blond locks tied back in a messy ponytail and she blocked out the sun with a chunk set of sunglasses.

Her low-key look was a far cry from the more glamorous pink satin dress that she wore during her confrontational appearance on last week’s fourth RHOBH reunion episode. 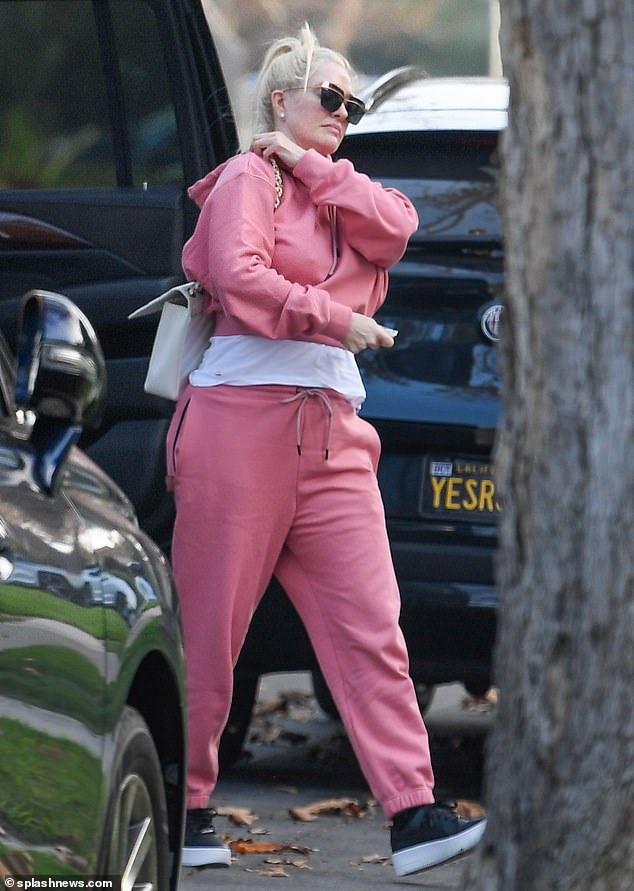 Pricey: But that does not mean the 50-year-old Real Housewives Of Beverly Hills star was in inexpensive clothes and accessories. The blonde dancer wore a $340 pink Reebok x Victoria Beckham sweat suit and $5,000 Chanel purse 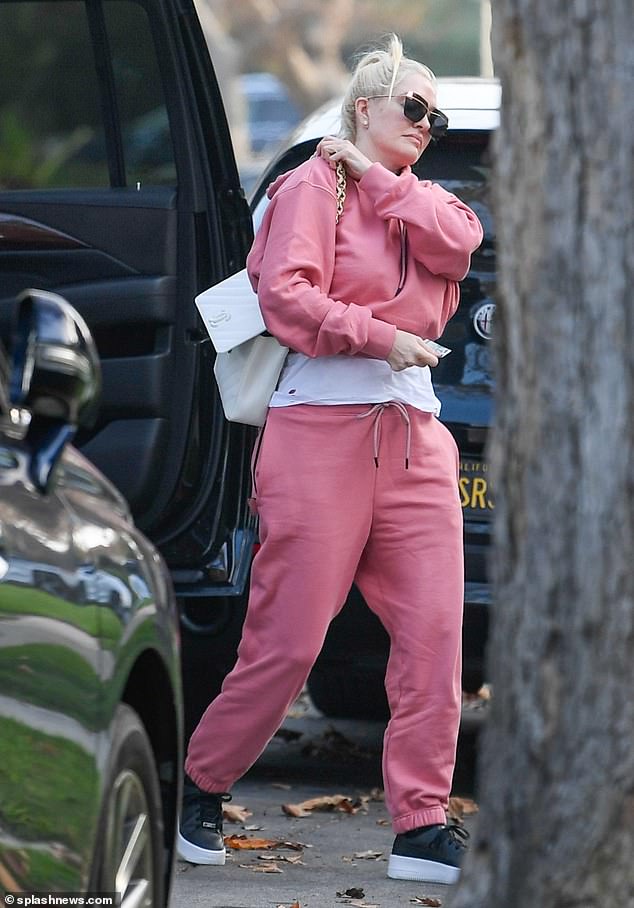 Relaxed style: The reality star had her platinum blond locks tied back in a messy ponytail and she blocked out the sun with a chunk set of sunglasses

The vast majority of the episode was focused on Erika’s testy relationships with the other housewives and their concerns about her connections to husband Tom Girardi, who has been accused of stealing millions from his clients.

So far, she had steadfastly denied any knowledge of his alleged impropriety’s, though other women on the show have questioned her about it.

Despite claiming to be unconnected to Tom’s potential crimes, both have both been named in a federal lawsuit alleging they stole millions in settlement funds that were intended for the families of the victims of the 2018 Lion Air plane crash.

She erupted in tears and said she hoped Tom was ‘safe’ during last week’s episode when Andy asked her about her husband moving into an assisted-living facility after being diagnosed with Alzheimer’s disease. 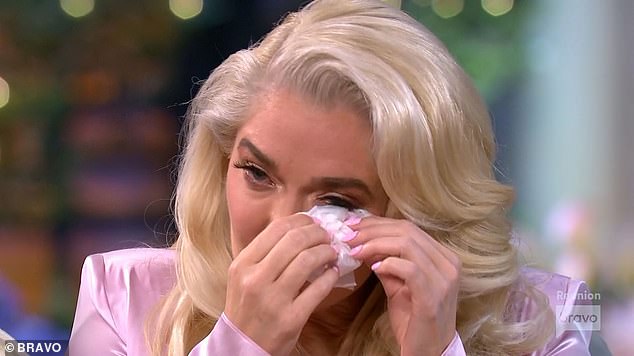 Wiping tears: Last week, Erika spent much of the fourth RHOBH reunion episode in tears as she defended herself and estranged husband Tom Girardi 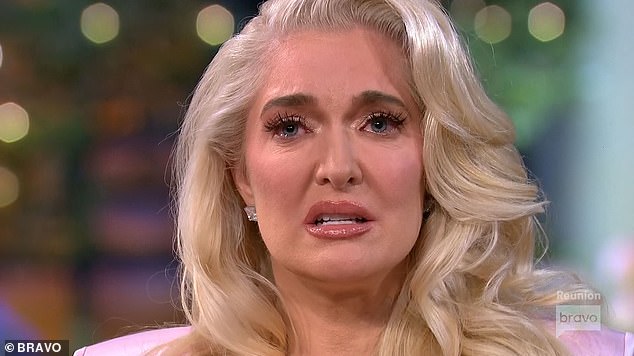 Hot seat: Host Andy Cohen gave the other housewives a chance to weigh in on whether they believed Erika’s stories about her knowledge of Tom’s alleged financial misdeeds

But he also gave the other women a chance to weigh in on whether or not they believed Erika’s tales.

Most of her costars claimed they didn’t question her story, though Crystal Kung Minkoff wondered aloud if Erika had been directing more anger toward people who questioned her than to her estranged husband.

‘I am very angry,’ replied Erika. ‘Hear it in my voice. Am I angry enough now for you?’

She also defended herself against Andy’s charges that she had been lashing out at the other women.

‘Absolutely, Andy, I’m lashing out at everybody and why wouldn’t I?’ she said defiantly. 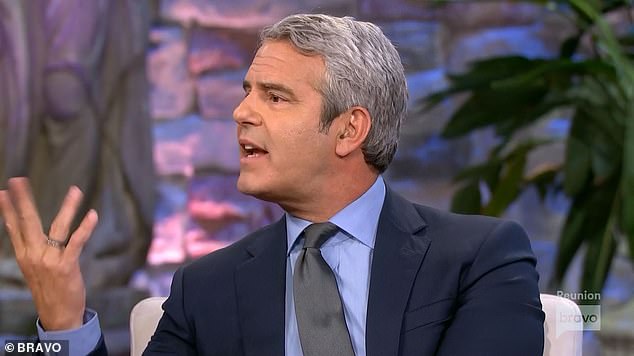 Biting heads: ‘You are biting people’s heads off,’ Andy told her after she snapped at Crystal Kung Minkoff

The reunion also featured a tense argument between Erika and Sutton Stracke, who admitted that she had hired a security team for a week after Erika’s performance at a dinner party made her feel threatened.

‘You said you were going to come after me and my family,’ she said.

Erika launched into an expletive-laden tirade against Sutton after she was accused of lying.

Erika said Sutton’s push to learn more about the scandal pushed her over the edge.

‘That you could not understand the position I’m in and you kept pushing and pushing and worrying about yourself,’ she said, adding, ‘And that’s not what needed to happen.’ 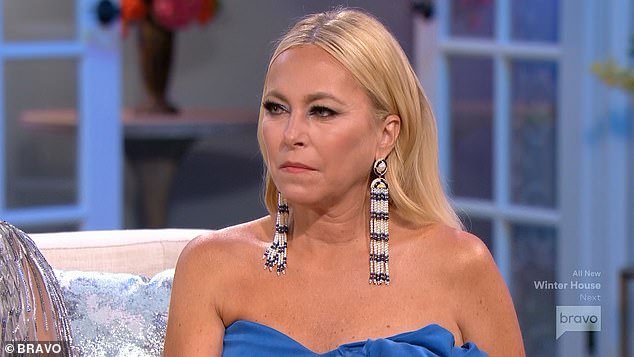 Getting out of hand: Erika let out a profanity-laden tirade against Sutton Stracke, who admitted to hiring security for a week because she was scared of her costars threats