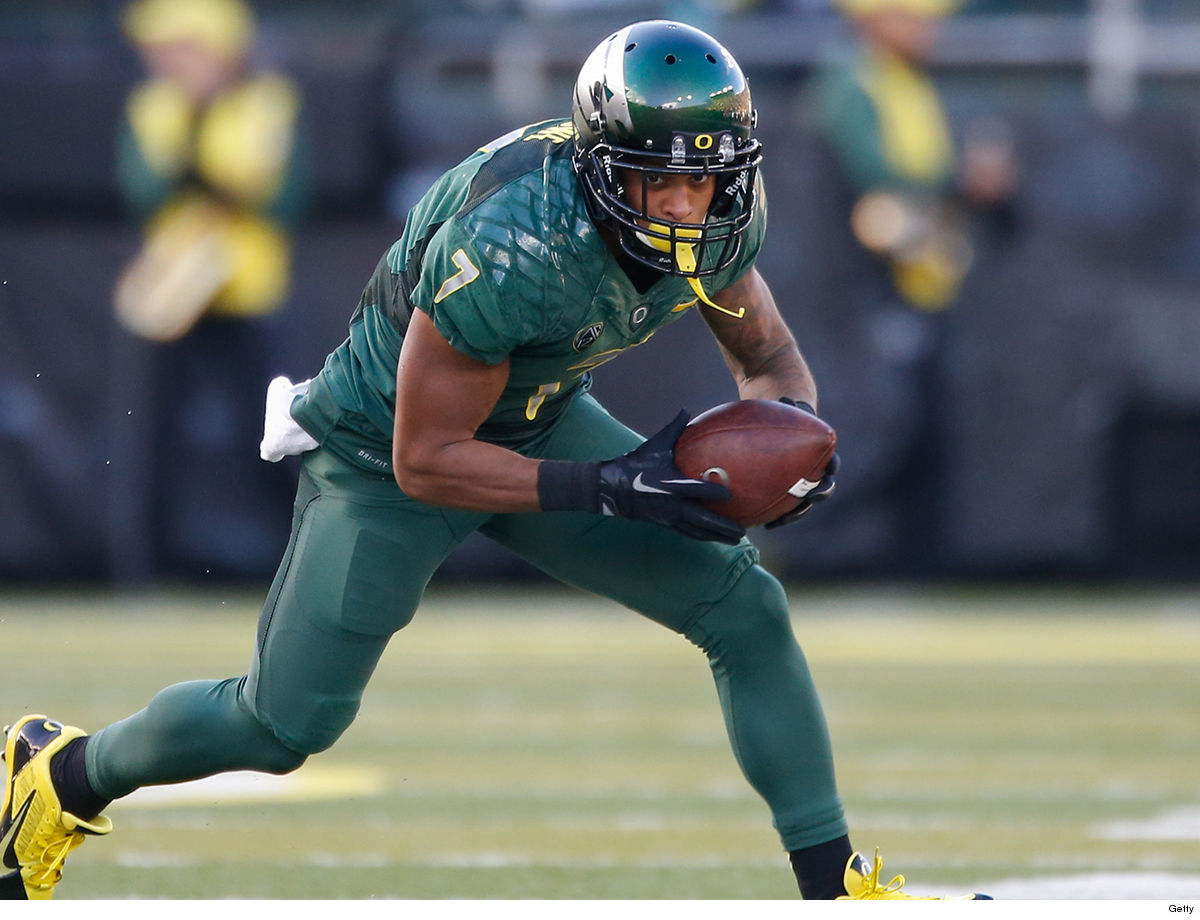 Former Oregon Ducks stud Keanon Lowe is being touted as a hero today … Portland high school students are praising the ex-WR for stopping a gunman who was near campus Friday.

Lowe — one of Marcus Mariota‘s favorite targets back at Oregon — reportedly tackled a man with a gun near the tennis courts at Parkrose High School in Northeast Portland.

Unclear what the man’s intentions were — cops have yet to say his motive — but Oregon Live reports, “a parent said students reported that the suspect, a fellow student, had brought a gun to the school with the intention of committing suicide.”

Keanon — who’s reportedly the high school’s football coach as well its track and field coach — was a star with the Ducks, tallying 891 receiving yards and 11 TDs in 68 career games.